Archos still seems to be the only company fully embracing Android as an operating system for its higher-end media players – or Internet Tablets, as Archos calls them. After the disappointing performance of the Samsung Galaxy 50, that might not be so surprising, but fortunately enough for Android’s future as a media player OS, the Archos 28 Internet Tablet isn’t a complete let down. 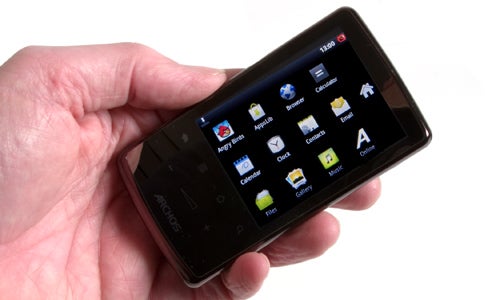 The smaller number reflects the main difference between the Archos 28 and the visibly similar Archos 32 – namely, a 2.8in display, down from 3.2in. The shrinkage is accompanied by a drop in resolution, giving the Archos 28 a pretty low 320 x 240 pixel count, which won’t impress anyone. However, the smaller 100mm x 54mm x 9mm dimensions do make the Archos 28 easily pocketable, and at 68g you’ll barely notice you’re carrying it. Of course the Archos 28 is also cheaper than the 32, at £75 for 4GB of storage, or £90 for 8GB. 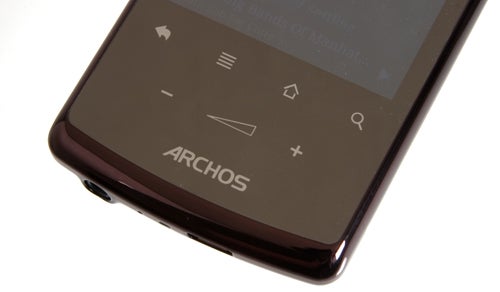 The Archos 28’s small screen size, coupled with the low resolution, pretty much precludes using it as a serious video playback device. Even watching a 10 minute TED video was a chore, even if the codec support is impressive, encompassing H.264, VC1 motion JPEG and MPEG-2, in a wide variety of containers (including AVI, MKV and MOV, among others). The player will even show subtitles, if included with the video file.


As well as hindering video playback, the low resolution and small screen also makes navigating the Archos 28 somewhat fiddly at times. For a start, the touchscreen is resistive, which we can accept given the Archos 28’s price, and thus not particularly accurate. Swiping gestures are particularly hindered, with strokes sometimes failing to be recognised – particularly when trying to open the notifications tray. The result is a touchscreen experience that leaves us hankering for the good old days of button-based navigation. 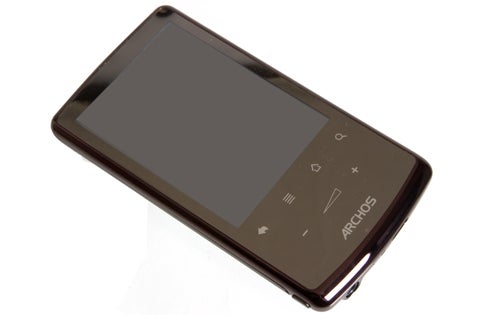 These complaints extend to the Archos 28’s controls, all of which are touch-sensitive, save for the power button that has been located oddly on the bottom-left corner of the device. Especially lamentable is the absence of a physical volume control, making it impossible to adjust the loudness of the Archos 28 without removing it from a pocket – a cardinal sin for a media player.

Redeeming the Archos 28 somewhat is its use of Android 2.2 (aka Froyo), which although no longer the latest version of the OS is still nicely up to date. Balancing out that positive, though, is the removal of the official Android Marketplace app store. In order to get applications on the Archos 28 you’ll either need to install then manually, or use a third party store such as the aptly named AppsLib applications library. 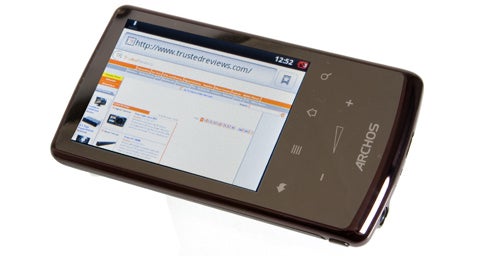 As you might expect, apps are just as restricted by the small screen as video playback. But more critically, the Archos 28 just doesn’t have the horsepower to cope with anything intensive – even trying to play back Flash videos via the browser caused it to crash, and games such as Angry Birds had similar issues, bringing the system to its knees. Basic web browsing, Twittering, Facebooking and emailing are possible, although again the low-resolution display means you wouldn’t do so as a matter of course. 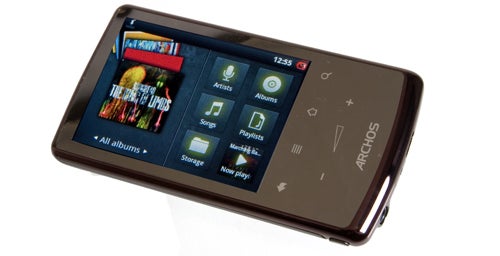 Audio playback had no major issues, at least. Format support is as comprehensive as could be asked of a player in this class – MP3, AAC, OGG and even FLAC all playable. We’d question the wisdom of anyone cramming lossless files on a 4GB-capacity player that really won’t make good use of them anyway.


Unsurprisingly the bundled earphones are pretty much trash, proving both uncomfortable and reproducing music in a way we can most kindly describe as ‘uninspiring’ (and accurately call woeful). 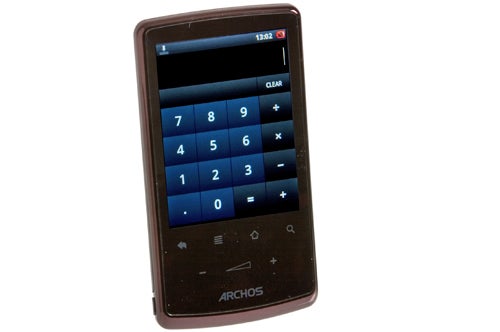 Plug in a respectable pair of third party ‘phones and the situation improves. The Archos 28 isn’t the best sounding media player in the world, but most listeners will find it good-enough. The overall tone is fairly warm but muddied, and lacking in clarity – if you use a really good pair of earphones you’ll definitely wish you’d purchased a more capable player.


The Archos 28 isn’t a bad media player (or Internet Tablet, to use Archos’s nomenclature), but it doesn’t do anything amazingly well. Its audio quality is pretty average, the low resolution resistive touchscreen display isn’t the best interface for a device this size, and although Android is a theoretically feature-rich OS, it doesn’t run especially well on a media player of this size.