Apple’s domination of the MP3 player market is conclusive. Ever since the first iPod launched, rivals have pretty much continuously been playing catch-up. Sure, there have been stumbling points – the 3rd gen nano and latest shuffle have their (entirely justified) detractors – but, for the most part, it’s a safe bet that you can’t go wrong with an iPod.


Certainly, there’s no denying that the 4th gen iPod nano was a fantastic portable media player. It was thinner, lighter and just plain prettier than its predecessors, while still managing to be a lovely device to use. You might think there was little Apple could do to improve on what it created, therefore.


You’d almost be right. The 5th gen iPod nano is, at first glance, barely distinguishable from its predecessor. The screen is slightly bigger, up from 2in to 2.2in, giving it a wider profile, although the resolution isn’t 16:9 which is a bit odd. It’s around the rear of the nano that this range’s party trick becomes exposed. 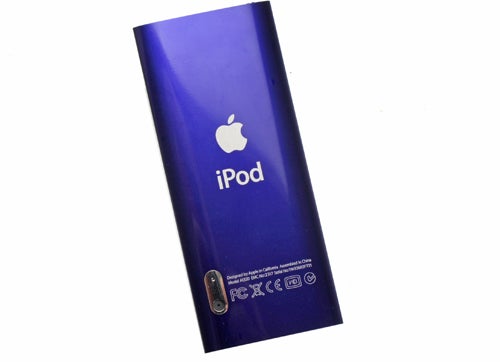 Down in the bottom left corner (with the nano held upright) it’s impossible to miss the camera and microphone where before there was just aluminium. It’s probably worth pointing out that the nano is only able to record video – there’s no option to take stills. I don’t think that’s an issue though, given the low resolution of the sensor and how rubbish any photos would look taken with it.


Video at that resolution, conversely, can be excused. As long as you’re recording something interesting the action in a clip should more than make up for the lack of detail compared to a photo. Besides which, if you’re happy to use a video camera built into your MP3 player, you probably aren’t too fussed about absolute quality anyway, or you ‘d have bought a compact HD camcorder already, surely?

The video camera in the nano is slightly annoying in that if you hold the device ‘naturally’ and just tilt your hand 90 degrees to put it in landscape, you’ll almost definitely find your hand covering the surprisingly wide-angle lens at least partly. Moving it in from the edge just another centimetre would have been a much better placement in my mind. 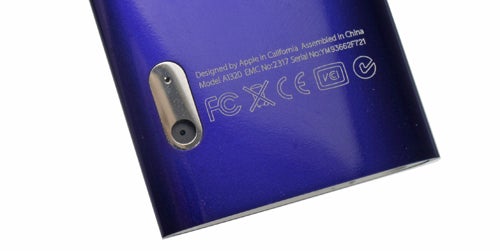 That complaint aside, there’s nothing to dislike about the nano as a camcorder. The 2.2in screen is large enough to give a decent view of what’s being shot, and for previewing recorded footage. What’s really cool, however, is the range of preset effects that can be applied to video as recorded, accessed by pressing and holding the centre button.


There are 15 of these, although half of them are a bit naff as they’re distortions rather than ‘proper’ special effects per-se. The good ones, however, are excellent. Take, for example, the Cyborg effect, which tints the view red and places a cross hair in the centre of the screen surrounded by scrolling numbers and similar robot-y details – a style that’s decidedly Terminator-esque, in a good way. I’m particularly keen on Film Grain – which does what it says on the tin. 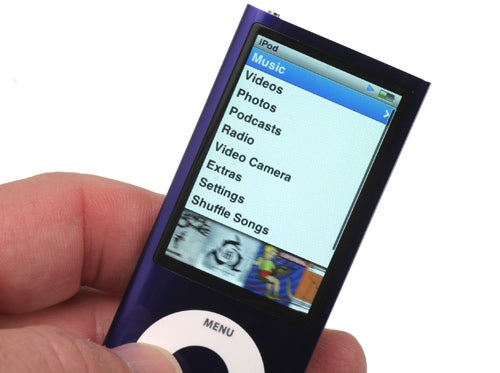 The quality of video produced by the iPod nano isn’t going to facilitate shooting the next District 9 scale epic, but it’s entirely suited to the likes of YouTube, Vimeo and Facebook. Specifically, the nano has a 640 x 480 pixel resolution and records at 30fps, in h.264 with mono AAC audio. A one-minute clip will take up a little over 20MB of capacity.


The output of a dedicated pocket camcorder is still going to look better, there’s no denying that – especially if it’s HD, not SD. However, the quality is good enough that if you had been considering buying a small media player and a basic standard definition pocket video camera then you can now strike that second item off your list.

Recorded videos can be viewed either by pressing the menu button with the camera active, or in the Videos menu, sorted by the date on which they were recorded. Connected to a computer you’ll find them in a folder labelled DCIM on the device. It seems something of an oversight to me that there’s no option to sync videos into iTunes.


It also seems curious that there’s no option to reserve space on the nano’s flash drive for video storage. As a workaround, you can use that setting as offered by iTunes’ recently-added Autofill option, but it’s an annoying omission. At least you can delete videos on the device itself if you’re desperate to free-up some space while away from a computer. 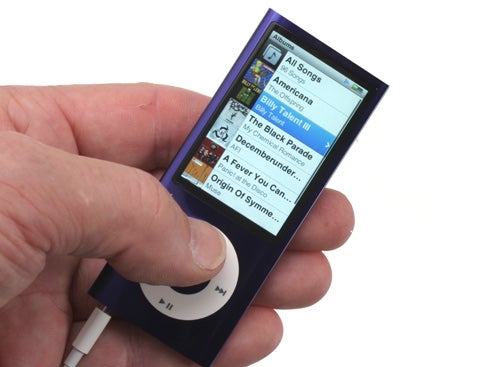 The addition of a video camera brings with it two other new iPod nano features. The first is a fairly obvious one. Since there’s now a microphone in the nano, Apple has added Voice Memos, which as the name suggests let you use the nano as a Dictaphone. The quality is as good as you could expect from a teeny, mono mic – a live gig recorder the nano is not.


Second and less obvious – in that it’s completely hidden form view – is the placement of a speaker at the bottom of the nano. Given its small size it’s inevitable that it sounds fairly tinny and weak, but that Apple has squeezed one in at all is frankly incredible and for showing off video clips to a few friends in a quiet-ish environment it’s far, far better than nothing. 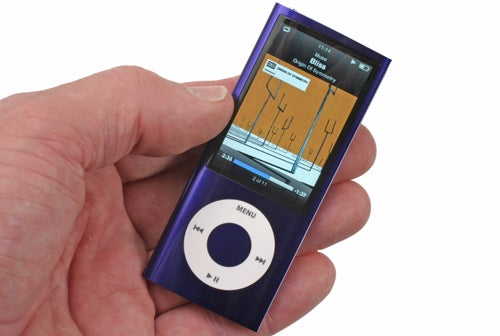 Also new to this generation is an FM radio receiver. About time too, considering just about every other MP3 player ever made since the turn of this century has had one. At least the implementation is well thought-out as it’s possible to pause live radio broadcasts (for up to 15 minutes) and then listen to broadcasts delayed, or fast forward back to live transmission.


In a pretty gimmicky addition, the nano can now be set to use its accelerometer as a pedometer. The tracking is fairly accurate but it’s no substitute for a Nike+ kit. I’d rather not waste the (minimal) battery life reduction on leaving this turned on all the time, though.

You’ll be unsurprised to learn that the 5th gen iPod nano is no better than its predecessors as regards its audio reproduction. Overall volume output is still a little lacking and rival players from Sony, iRiver and Creative – to name but a few – still have a fuller sound. The nano may support Apple Lossless audio (as it has since the 1st gen launched) but I defy you to notice the difference without using an external DAC.


As ever, though, it’s only pedants who will point this out as a fatal flaw. The nano is, after all, a portable media player and while in A-to-B testing it may not have the sound quality to match other players, in the real world it’s entirely good enough. The bundled earphones are as god-awful as ever and should be disposed of ASAP. Seriously.

If you have a compatible set of headphones, the nano now supports the same VoiceOver feature introduced with the physical-control-free iPod shuffle. It’s a bit of a pointless addition, but I guess it’s better to have it available and not want it than vice-versa.


Ultimately, if you’re just after a small, portable device to listen to music and don’t care about finesse the iPod nano isn’t for you. Likewise, if you’re after a cheap pocket camcorder and already own a decent media player the nano is only a worthwhile upgrade if consolidation is everything to you. 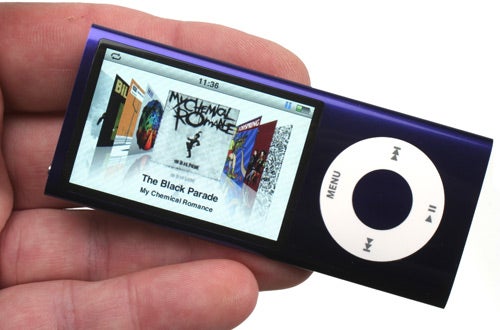 If, however, you’re in the market for a new music player the addition of a video camera finally justifies the nano’s price premium far better than “it looks nice” ever did. Although if you don’t care about video recording, I must remind you the nano is very shiny!


The 5th gen iPod nano is inarguably Apple’s best yet. It’s still more expensive than its peers, but it’s got more style than any rival and the addition of a video camera gives it more than a modicum of substance too.