Oh dear – it might be time to roll back a few assumptions.


Apple’s track record in the headphone department has not been great. The standard iPod earbuds are quite rightly vilified for being awful (though Apple is hardly alone in shipping useless bundled ‘phones) and the fact that many iPod owners buy the exact same earbuds when their old ones break stands up with the continuing success of Nickleback as one of the great audio tragedies of our times. 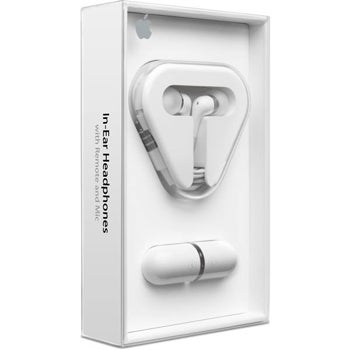 Apple’s last attempt at a higher-quality replacement earphone was a disaster, leading most sensible people to doubt whether the company had much idea what audio quality meant, let alone how to make a pair of headphones demonstrating it. Frankly, the idea of someone buying Apple earphones rather than those from Shure, Sennheiser, Ultimate Ears, Sony – or just about anyone else – used to inspire mucho, mucho laughter, with a big side-order of derision.


I don’t think we’ll be laughing so much any more.


Let’s look at what Apple has got right here. First, they’ve released a pair of well-designed, dual-driver headphones at a respectable £54 price point. Correct me if I’m wrong, but I don’t think there’s another pair of dual-driver phones from a notable manufacturer on the market for under £100. 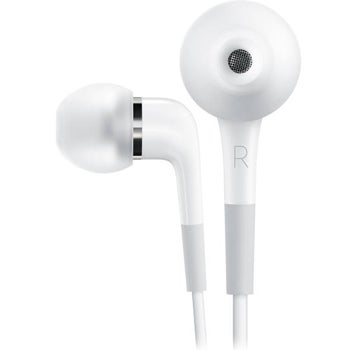 Second, Apple hasn’t stinted on the bundled extras, including a triangular, hard-plastic carry case with cable winder, three different sizes of silicone ear piece and even replacement steel mesh caps to replace those in the earpiece should they get bunged up with your own brand of hideous, oily, orange wax (or maybe that’s just me). These look and feel like serious in-ear phones for people who care about quality. This is a major step in the right direction.


Build quality and comfort is also very good. I’ve seen thicker cable and chunkier plugs on rival models from Klipsch or Shure, but the Apple In-Ear Headphones don’t feel anywhere near as flimsy as the standard iPod ‘phones. All the joints and connections that should be reinforced are. The actual in-ear bit probes quite a way into your ear, but the body of each earpiece is lightweight and unobtrusive.

With the right silicone tip selected the fit is very good, and the Apple ‘phones actually do an amazing job of blocking out outside noise, though, as with many in-ear models, there’s a fair bit of cable clatter transmitted into the ear when the wire clashes against buttons or other hard objects. Subjectively speaking, they also seem reasonably loud. Plugging in the Denon AHC-551s I usually use when out and about, I actually had to turn the volume up from the 60 per cent setting I was using with the Apple In-Ear jobs.


The other headline feature is, of course, the in-line remote control. Dangling below the right earpiece it’s impossible to see, but then with only three press-able areas (I can’t really call them buttons) you don’t really need to. You can turn the volume up and down and pause or play tracks and, with a deft double or triple press, skip forwards and backwards through tracks.

Though I found the last function tricky to get working. The best feature is, however, the built-in microphone. It’s not the most sensitive or accurate around, but it’s more than adequate for recording voice memos or making VoIP calls, and with an iPod touch or iPhone you have everything you need to make the most of Fring over WiFi. Sadly, the compatibility of the remote is limited. It’s not, for example, fully functional with the iPhone 3G, and there are reports of glitches cropping up in use, while owners of the first generation touch and pre-current generation nanos should also be aware that their products aren’t supported. In fact, the only other iPods that the remote will work with are the 120GB classic and the brand new iPod Shuffle.


Still, the really good news is that the quality of audio from Apple’s in-ear ‘phones really isn’t bad given the price. In fact, strike that – it’s verging on excellent. Apple’s company line is that the combination of a dedicated low/end, mid-range woofer and a high-frequency tweeter delivers “accurate, detailed sound across the entire sonic spectrum” revealing “details you never knew existed.” 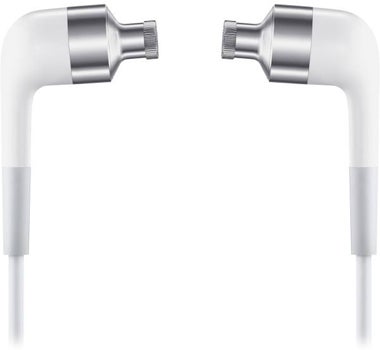 Well, let’s not go bananas – the In-Ear Headphones won’t be worrying the Klipsch Image X5s or even the Shure SE210s for detail – but they are pretty good. There’s none of the separation of bass and treble that afflicts some dual-driver earphones, and you get a coherent, balanced and involving sound, clear across most of the audible range


The biggest issue is bass. I’ve already read some comments complaining that these ‘phones don’t have any, but I don’t actually think that’s fair. What they can’t do is big, snappy, thumping, in-your-face bass, so if that’s what you’re after then you’re going to be left sorely disappointed. Instead, the bottom end is smooth, perhaps a little restrained, but certainly powerful enough to drive a track like Massive Attack’s Inertia Creeps or Kanye West’s Stronger along.

In A-to-B tests against the Denons and a set of Philips SHE9800s, the last two sets did a better job of heavy rock and bass-heavy electronica, but if your tastes run to pop, jazz or classical, then the Apples can sound every bit as good. There’s a real warmth and snap to Maroon 5’s Makes Me Wonder, while the breathy vocals and weird, folky textures of Goldfrapp’s Clowns are beautifully rendered. It also must be said that the Apples also boast a nice, well-defined soundstage, suiting relaxed acoustic sounds and small-group jazz particularly well.


For me, the real concern is clarity and definition. In complex tracks with a lot going on in the mid-range, the Apple In-Ear Headphones have a tendency to go a bit woolly, and despite Apple’s claims about detail these aren’t the most transparent or revealing ‘phones I’ve come across. While I’m griping, I’ve heard comparably priced ‘phones – and even some cheaper models – with more attack, more punch and more presence. I’m not suggesting for a minute that Apple’s latest and greatest in-ear models fall down in this regard – merely that you could do better. 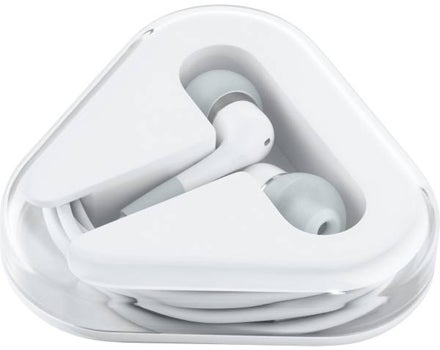 And when it comes to it, that’s the crux of this review. For £54 you get a thoroughly decent, well-designed set of earphones in a decent kit and with the advantage – for users of the right iPods or iPhones – of the microphone and in-line remote. That might be enough to swing things Apple’s way for anyone with, say, a current revision iPod touch or nano. However, look around at what else you can get for around the same money. You could have the Sennheiser CX95s, for example, or even buy our bargain basement darlings, the Shure SE102s, and save yourself £15. The Apples undoubtedly sound good, but are they neck-and-neck with the best in terms of audio quality or value? I’m not so sure.

Still, Apple’s headphones are no longer a laughing matter, and if you have an iPod and you want a better sound, you can wear a pair of these and feel quite proud. In fact, if you eat, drink and sleep Apple and bow to a totem of Steve Jobs before sleeping, they come positively recommended.


For those with a new iPod Shuffle, they’re a particularly wise investment – provided you can’t wait for third-party alternatives to emerge. If, however, you’re a more discerning or value-conscious audiophile, then the Apple In-Ear Headphones probably aren’t for you. They’re good, but the competition is stronger.


It’s not saying much that these are the best headphones Apple has ever produced, but they are the first to give the likes of Sennheiser or Shure a run for their money. Good sound, good design, and a good bundle, but for pure audio quality they’re still a little way behind the best.