Ever since they launched back in October of last year, ATI’s 5xx0 series of cards (codename Evergreen) have been dominating the graphics market. Their combination of class-leading performance, features, and power consumption along with support for DirectX 11 has meant they were the clear choice for anyone looking to buy a new card in the last six months. Now there’s a new addition to the roster, the mid-range HD 5830. 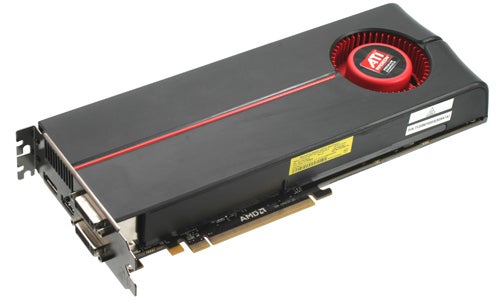 Based on the same RV870 chip (Codenamed Cypress) that sits at the heart of the HD 5870 and HD 5850, the HD 5830 uses those chips that haven’t quite met the strict manufacturing demands of these high-end cards. By shutting down malfunctioning portions of the chip, you still get a working card but with reduced performance. This is the same approach as used on the HD 5850 cards, though more of the chip is disused is this new card. 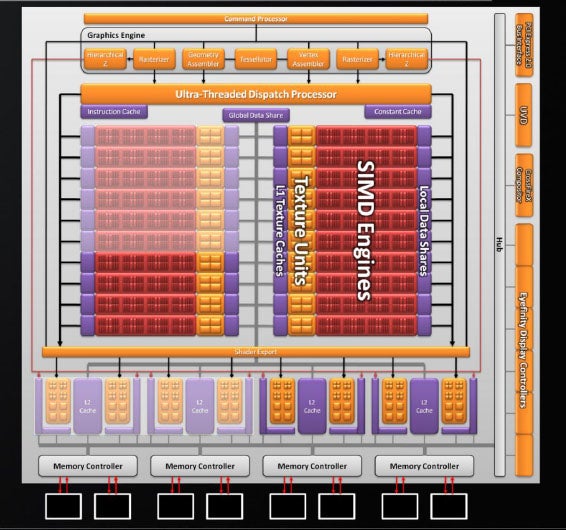 (centre)”’Diagram of the RV780 chip. Lightened sections represent those parts that have been shutdown for the HD 5830.”’(/centre)

In particular, the HD 5870 has 1,600 stream processors and 80 texturing units (collectively split up into 20 SIMD blocks) accompanied by 32 ROPs. For the HD 5850, as well as having lower clock speeds, one of the SIMD blocks is disabled resulting in 1,440 stream processors, 72 texture units, and 32 ROPs. As for the HD 5830, it has six of the SIMD blocks disabled and half the number of ROPs, though it does retain the 256-bit memory interface as the other cards. In contrast, the HD 5770 uses a completely different chip and has 800 stream processor, 40 texture units, 16 ROPs, and a 128-bit memory interface. The upshot is we expect the HD 5830 to have performance that sits somewhere between the HD 5770 and HD 5850. 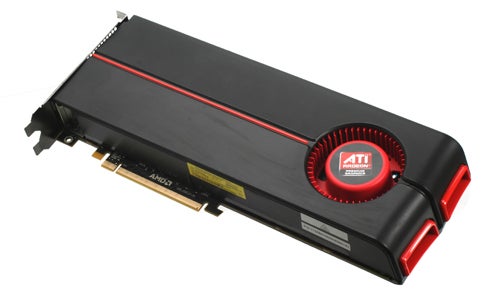 However, fear not because board partners have been given carte blanche to design their own boards and cooling solutions so are producing much shorter and lighter variants for final retail – though some are still using the same long board so watch out for those. As such, while this card’s cooler proved impressive in our sound level tests, it isn’t necessarily going to be a reflection of what you get from a shop bought card.

Something else that might change from card to card is the display configuration, though we suspect most will stick with the standard layout. When ATI introduced the first 5xx0 series card, the HD 5870, it also debuted its new Eyefinitiy technology, which let’s you run up to three monitors simultaneously (and even six on some special cards). To accompany this they also introduced a standard choice of four display connections; two DVI, one HDMI, and a DisplayPort. Any combination of the DisplayPort and two of the other connections lets you run up to three 1,920 x 1,200 pixel resolution monitors for surround 3D gaming. All four connections also allow output of digital audio. 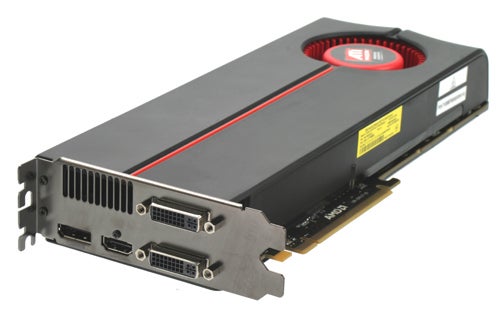 To boost the performance of this card, ATI has specified the chip should run at 800MHz or over, which is actually higher than the 5850. The result is it has quite high power consumption figures with stated idle power consumption of 25W and a maximum Thermal Design Power (TDP) of 175W. This compares to respective figures of 27W and 151W for the HD 5850 and 18W and 108W for the HD 5770. It also means the card requires two auxiliary PCI-E power connectors to keep it supplied with enough juice. However, these power figures didn’t quite hold up in our testing. While the HD 5830 certainly consumed quite a bit more power than the HD 5770, it remained comfortably below the HD 5850.

Looking then at game performance, except for Call Of Duty 4, the HD 5830 performs pretty much as we’d expect – it lies almost exactly half way between the HD 5770 and HD 5850, with a slight leaning towards the former. However, in Call Of Duty 4, it really seems to struggle and at some settings only just pips the HD 5770. Perhaps of more concern is that the HD 5830 consistently falls behind the HD 4890, which was available for around the same price when it came out almost exactly a year ago. So, if you invested in that card, all you’re getting for spending around the same money again is support for DirectX 11 games and lower power consumption, and frankly neither of these are big enough draws to make it worthwhile. 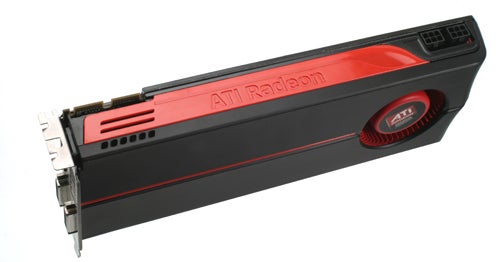 This doesn’t make the HD 5830 a bad card. If you’re looking for an upgrade from an even older card or want to make the step up from an entry-level £100 card to something with a bit more grunt then it’s definitely worth looking at. The key thing to note is that prices and specs will vary. In particular, looking around etailers now, there only seem to be three cards on offer; one each from Sapphire, Powercolor, and XFX. The Sapphire and Powercolor cards seem to use the long HD 5870 board with a different cooler and they’re both well over £200 and as such are probably worth skipping. The XFX card, however, uses a small board and cost £189.99. At this price, it’s definitely worth considering.


ATI’s latest addition to its graphics card lineup doesn’t set any new records but does strike a good balance between price and performance, and of course brings support for the latest DirectX 11 games and triple monitor setups. Just make sure to check carefully which card you’re actually getting, as different board partners will have different configurations.