At the beginning of the month AMD launched its latest budget processor, the Sempron 3400+. Also launched the same day was the Athlon 64 X2 3800+. The X2 in the title refers to the fact that the chip is dual-core which essentially means you’re getting two processors in one. Right now you have the choice between single core or dual-core but before long dual-core will become very much the norm.


It’s easy to understand why. After all, they say that two heads are better than one and eventually all applications will be coded specifically to make the best use of both processors. But as this conversation with Half-Life 2 developer Gabe Newell shows, it may be some time before games reap the benefits. Either way, dual-core is still a good thing as one processor can sit doing boring stuff like running anti-virus, anti-spyware and firewall software as well as other housekeeping tasks, while the other does more important things, such as delivering super realistic physics in the latest first person shooter. 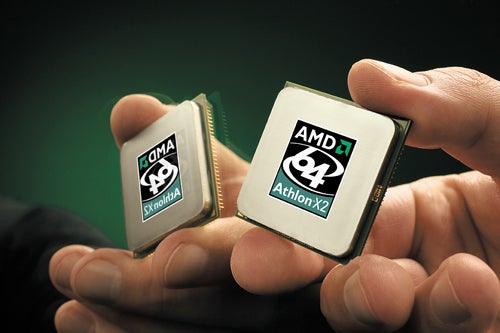 The problem is that two cores in a chip makes for a more complicated and therefore more expensive processor. The top of the range X2 is currently the 4800+. This sports a 2.4GHz clock, and 2MB of Level 2 cache shared between each core. That a lot of transistors. And more cache means, well, more cash, and the Athlon X2 4800+ will set you back £630 at Komplett. It may be the gamer’s choice, but only if they’ve been given one (hey Riyad…) or won the lottery that week.


Even the 4200+ with a clock of 2.2GHz and two 512Kb caches costs £350, making the X2 range generally more expensive than Intel’s dual-core Pentium D. To combat this AMD has launched the X2 3800+. The naming convention may not have that magical 4000 figure but it’s still got it going on. It hits 2GHz on the nose and has 512Kb of Level 2 cache for each core.


The 3800+ actually differs from the previous ‘Toledo’ X2 in that it’s based on what AMD internally calls the ‘Manchester’ core. This means that it’s been designed from the ground up to have only 512kb of Level 2 cache. With less cache and a lower clock on a 0.9mm Silicon-on-Insulator manufacturing process, the die size is down to 147mm with 154 million transistors, compared to 199mm and 233.2 million transistors on the 4800+. That makes it a lot easier to produce in high quantities from the fabs, which helps keep the costs down. It also brings down the maximum thermal power rating down to 89W compared to the 4800+’s 110W. In terms of power consumption and thermal output that’s a lot more friendlily for any PC, be it at home or work but also suggests that there’s some headroom for overclocking.


For testing the X2 3800+ we used an Abit A8N Ultra, with 2x 512MB of PC and a GeForce 6800GT graphics card. On our review sample we obtained from AMD, I noticed that among the codes on it were the initials BHE, which also happen to be my initials. Well, they say that somewhere out there, there’s a CPU with your name on it – and I appear to have found mine. 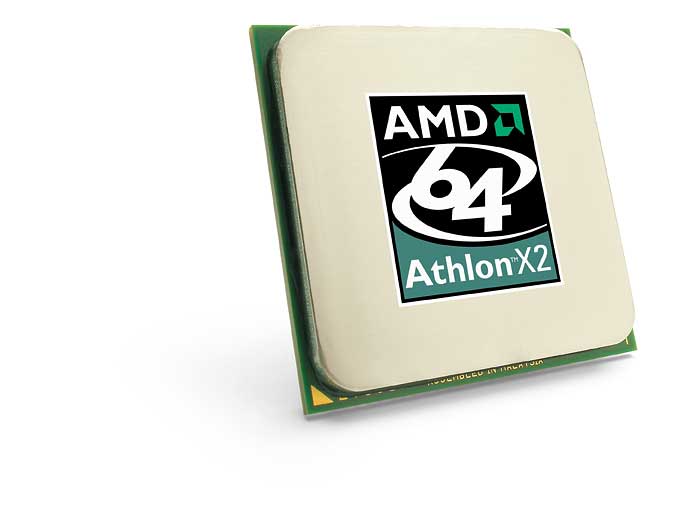 
One thing that that some might wish to try is overclocking. It’s not something we get into often at TrustedReviews but having a quick look in the BIOS reveals that the multiplier on the CPU is locked. This means that overclocking has to be done by raising the bus speed and adjusting voltages for CPU and memory to cope.


Finally, I also did some subjective testing, running multiple applications at the same time, to get a sense of how the X2 3800+ dual-core feels. One big advantage I noticed was the ability to switch out of a game back to the Windows desktop much more smoothly. It’s often necessary to do so to adjust some settings in windows and the ability to do it less painfully is a welcome bonus.


If you’ve been tempted by the prospect of dual-core but have been put off by the price the X2 3800+ is the CPU that should make you reconsider. It’s still about £85 more than Intel’s entry level chip but the extra performance is definitely there. 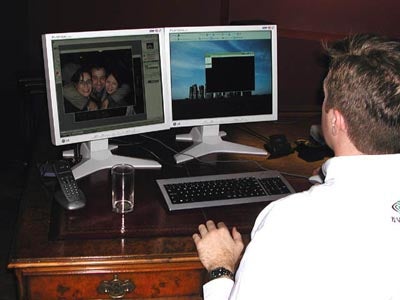