It’s been with us a venerable amount of time, but it seems as if the curtain is beginning to close on AMD’s K8 micro architecture. AMD launched its Athlon 64 X2 6400+ Black Edition shortly before the announcement of the quad-core Barcelona/Phenom so it’s safe to say that this 3.2GHz CPU is the final hurrah for the K8 core. To add to the excitement we’re claiming this review as a global exclusive because AMD hasn’t sent out review samples of any desktop processor in living memory – our last sample was an X2 5000+ – so we took the bold and radical step of buying a retail X2 6400+ from Overclockers. 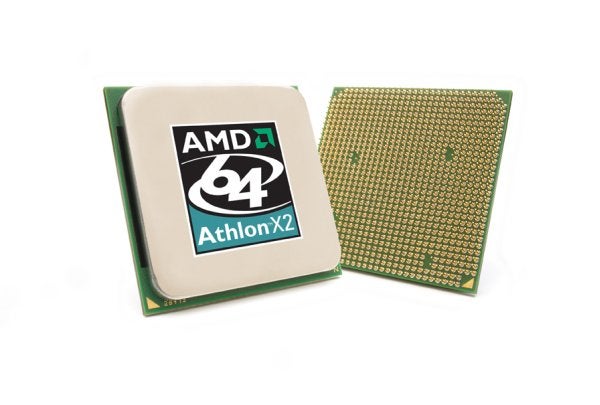 As we’re a paying customer we’d like to make a few points about this retail boxed processor. First it comes without a heatsink/fan and secondly Overclockers says that it will supply a copy of Call of Juarez ‘while stocks last’. We didn’t get the game so we assume that stocks didn’t last long. Thirdly we have absolutely no idea what the Black Edition monicker is all about. It’s a processor in a box. End of story.


So what’s new in the 6400+? There’s a comprehensive table of X2 processors on AMD’s website so let’s quickly pick out the key features. The 6400+ is the only 3.2GHz CPU in the range with 1MB of L2 cache on each core. The fastest models – 5400+ and upwards use the older 90nm fabrication process while models from 5000+ and slower use either 90nm or 65nm. This is significant because the 90nm models have a TDP of 89W while the 65nm processors are only rated at 65W, which suggests that the 125W 6400+ is running at the limits of the K8 architecture on 90nm. 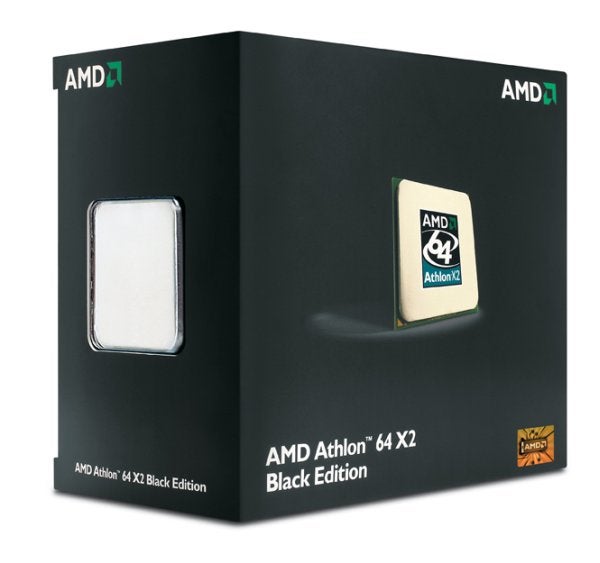 It was a toss-up which motherboard was used for testing the X2 6400+. If you currently run a Socket 939 Athlon 64 and fancy an upgrade to AM2 then you’ll need to buy a new motherboard and CPU as well as DDR2 memory in which case you’d be barking mad if you didn’t switch to Intel’s Core 2 Duo.


The only likely candidates for an X2 6400+ are already running a slower Socket AM2 processor in which case we doubt they’re much interested in games. Yes, the nForce 570 and 590 chipsets provided a competent platform in mid-2006 but the only chipset worth considering for an Athlon 64 in 2007 is the AMD690 so we grabbed an Asus M2A-VM motherboard from the shelf and got on with the job.

The other components were 2GB of OCZ Reaper PC2-9200 memory, a Hitachi 7K1000 hard drive and a Sapphire X1950 GT graphics card with Windows XP SP2. We ran three tests; PCMark05, 3DMark06 and DVD rendering with a 350MB AVI file in Nero 7. 3DMark06 is almost exclusively a test of the graphics card but it also shows up glitches in system performance, PCMark05 tests the whole system and gives a break-down of the sub-systems, while video rendering is a pure test of the CPU. 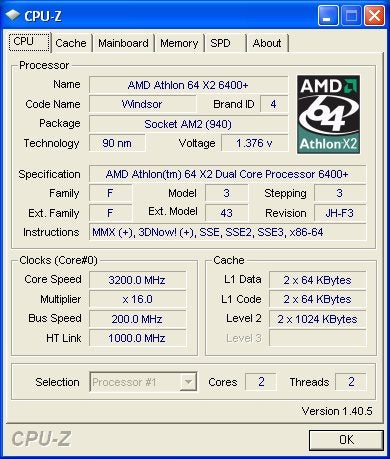 It’s all well and good comparing one AMD processor with another but anyone contemplating a new CPU should be considering a Core 2 Duo so we plugged a Core 2 Duo E6750 in to a Foxconn G33M-S motherboard with the same memory, hard drive and graphics card. The E6750 runs at 2.67GHz on a 1,333MHz FSB and costs £126 at Overclockers so it is cheaper than the X2 6400+ and nominally it is slower.


The results of the tests clearly show that the E6750 is four percent faster than the X2 6400+ in PCMark05 and is 12 percent faster in the graphics rendering test but that’s only half the story. The Athlon 64 X2 can be overclocked by a small amount if you work very, very hard at the job but the Core 2 Duo overclocks like a dream. We cranked the 1,333MHz FSB on the E6750 to 1,600MHz to give a clock speed of 3.20GHz which dropped the video rendering time to seven minutes 59 seconds and raised the PCMark05 score to 7896, and all that on standard voltages with a nice quiet CPU cooler.


The Athlon 64 X2 6400+ takes the K8 family of processors to new and unexpected heights but the cruel truth is that it’s completely overshadowed by Intel’s Core 2 Duo which is better in every department.