The Amazon Echo Wall Clock is just about the most simplistic smart home add-on that you can buy. Pairing to an Amazon Echo smart speaker, the clock sets its time automatically and shows you the progress of any timers that you set. If you use timers a lot, this is an invaluable aid; if you don't, then you've got a fairly expensive clock with wasted features.

Quite possibly the simplest smart home product that you could ever ask for, the Amazon Echo Wall Clock can only be described using words in its product name: it’s a clock that goes on the wall and connects to an Echo speaker. More specifically, it’s designed to show timers, making it a useful add-on for anyone that uses a lot of timers; less so for people that don’t.

Looking like a retro school clock, decked out with a plastic back and a black front. You’re either going to love the plain styling or think that it looks a little cheap. I’m a little more of the former and think that the Wall Clock will fit into pretty much any room.

You need four AA batteries to get going with it, which are provided in the box. Each set should last a few months, with existing owners from the US claiming between three and six months. Once the batteries are in place, the clock is ready to be paired with an Echo speaker. 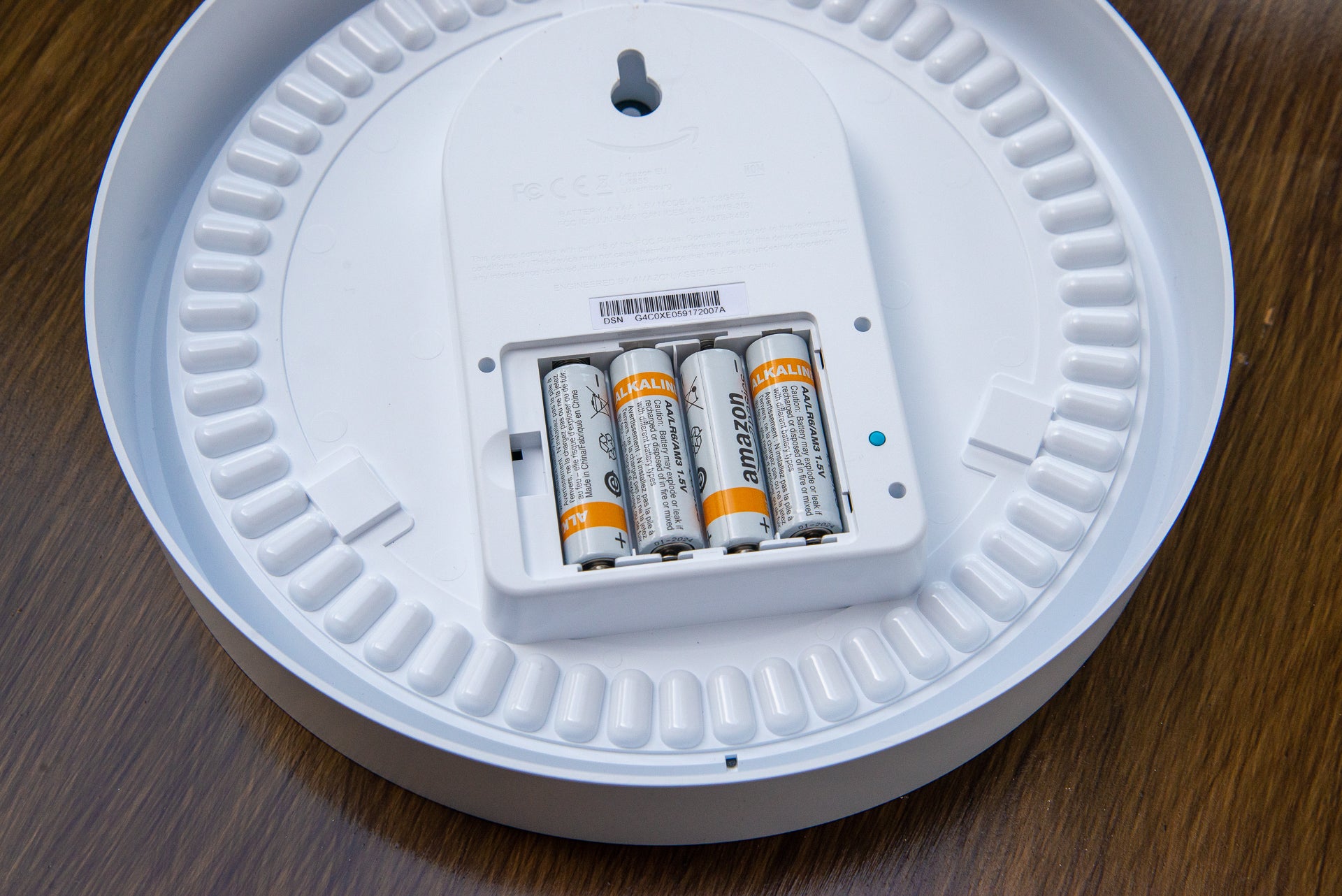 Four AA batteries should last between three and six months

Each Wall Clock pairs to a single Echo speaker via a Bluetooth LE connection, so you need to go to the Echo device that will be closest to your clock. Then, you just say, “Alexa, set up my Echo Wall Clock.” You’ll be prompted to hold the button on the back of the clock until the LED on the front lights up, then it takes a few minutes for the clock to pair with the Echo speaker.

Once done, the hands on the front start to move around until they’re at the correct time. The hands will correct automatically when the clocks change twice a year, so you’ll never have to manually set it to make sure that the time is right. It’s quite neat watching the hands jump into place.

Then, it’s time to hang the clock on the wall where you want it, using the integrated hanging mount in the rear of the clock, and you’re good to go.

In everyday use, the Echo Wall Clock is just a standard analogue clock showing you the time. It’s when you turn to your paired Alexa device and set a timer that the Wall Clock shows what it’s made of.

Around the outside of the clock are 60 minute markers. For any timer of 60 minutes or less, the minute indicators light up to show how long is left. For example, set a five-minute timer and the first five lights are lit up. The last light in the sequence is brighter to make it clearer how much time is left. 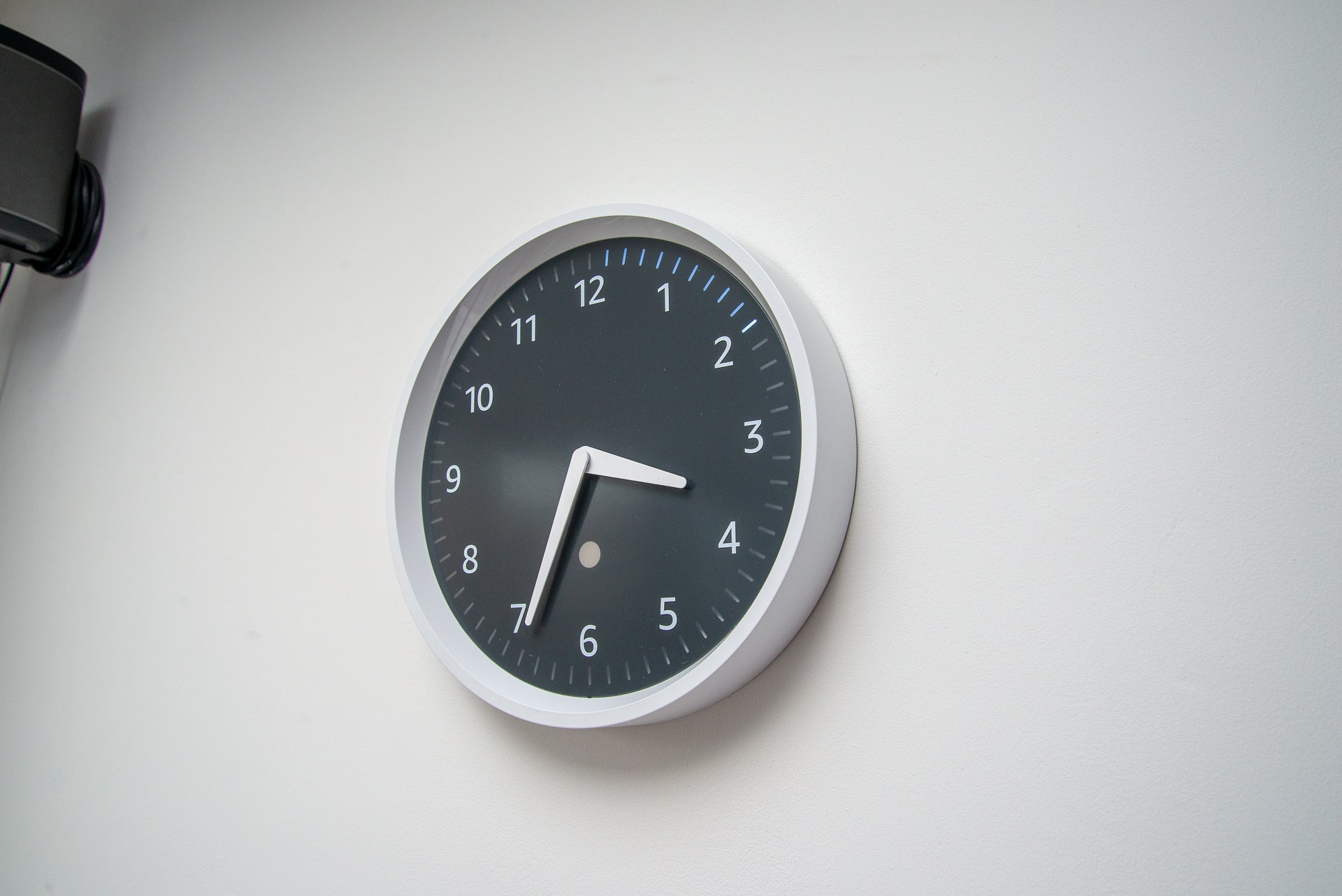 As the timer counts down, the number of lights shrinks. When a minute is left, all of the indicators light up and count down the final minute, ending up flashing when the timer is up. As soon as the timer is dismissed on your Echo device, the clock returns to normal. 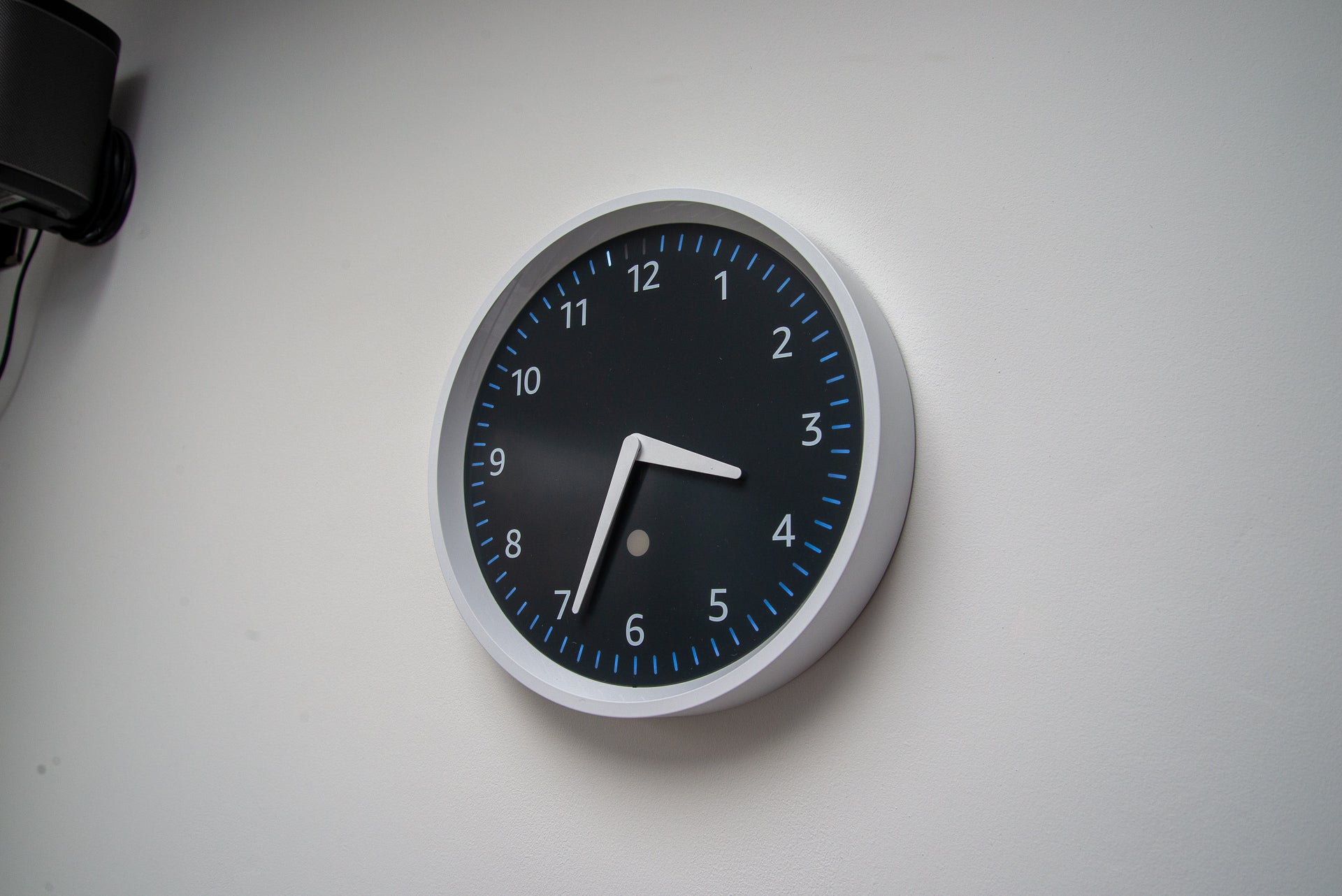 The final countdown: this is the display you get when 60 seconds or less are left

Amazon has clearly thought about how to use this simplistic form of display to its best. Set a timer for more than an hour, and the indicator above the 12 (60 minutes) lights up and stays lit until you get to 59 minutes, when the normal countdown starts.

Set two timers, and the clock shows the full sequence of lights for the shortest timer; the longer times get a single indicator light. You can keep on adding timers as you like, although I found that above three, it started to get a bit cluttered on the clock face and hard to remember which was which. 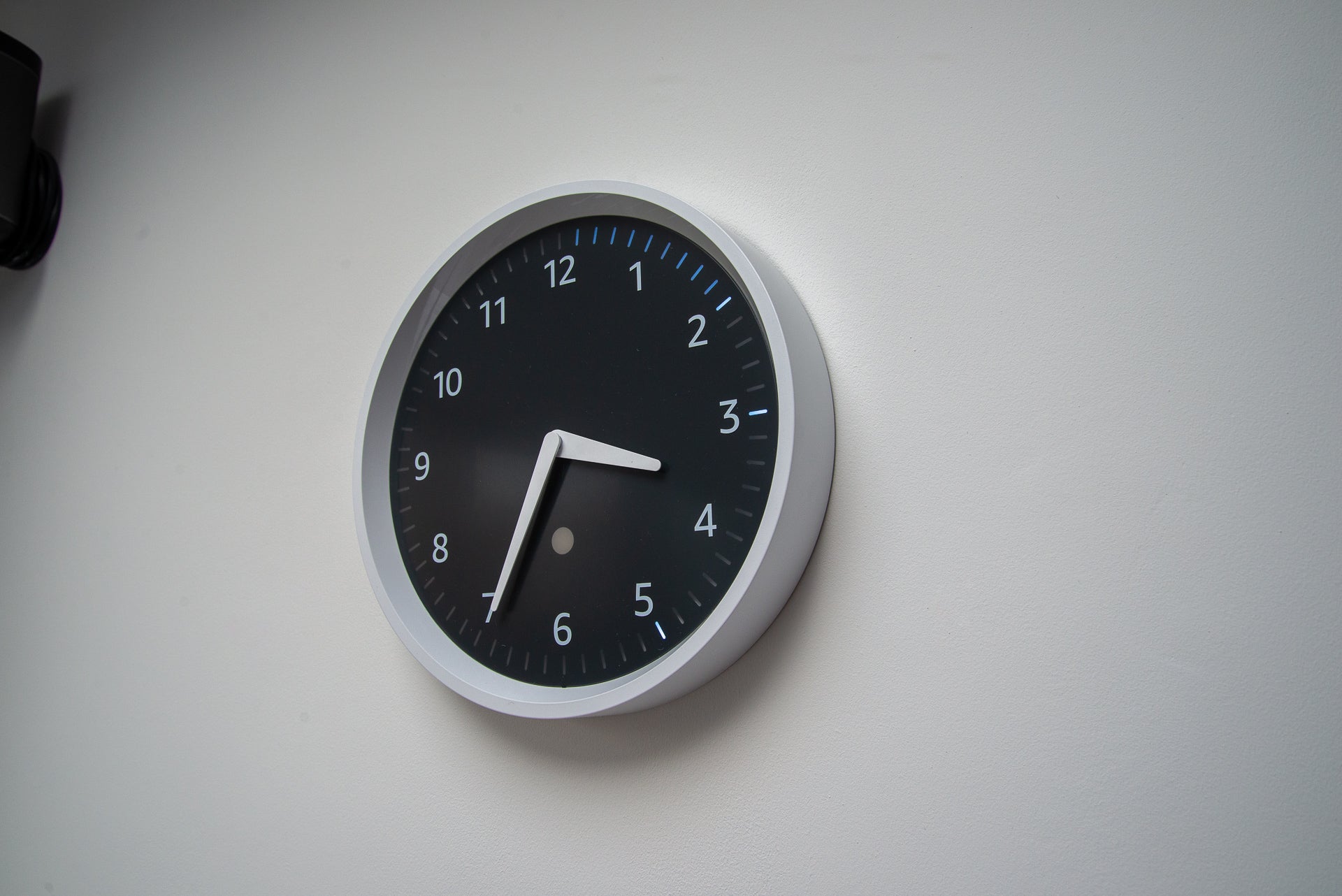 Multiple timers are easy to see on the clock’s face, too

When the first timer hits the 60-seconds countdown, the other timers remain lit with a brighter light, so you still keep tabs on them, which is pretty clever. That really is it: the Echo Wall Clock is simply a clock that shows timers at-a-glance.

Should I buy the Amazon Echo Wall Clock?

How much do you use Amazon Alexa timers and how often do you find yourself asking how long is left on your timers? If the answer to both of those questions is a lot, then the Echo Wall Clock is a lovely addition to your home. It looks neat, and Amazon has thought out the display perfectly, so you can see what’s going on at a glance.

If you don’t use timers very much, the Echo Wall Clock is simply a clock that sets the time automatically. This probably isn’t the product for you, then.