One of the intriguing things about speakers is how different they can be. Sound being the subjective and inherently analogue element that it is there’s almost no end to the different approaches companies can take to creating the best experience. A good case in point is the Altec Lansing Expressionist Bass speaker set we’re looking at today.


Similar in price, size and purpose to the outstanding Creative Gigaworks T40 Series II speakers, they nonetheless take a completely different approach to audio production, featuring a 4in woofer beneath each speaker and full-range drivers at the front. This means a slightly higher overall output than the T40s of 24W RMS and slightly different frequency range of 40Hz to 16kHz against the 50Hz to 20kHz of the T40s. 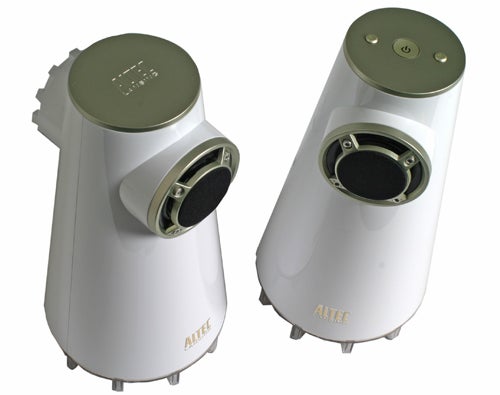 This slightly unconventional driver arrangement and the highly unusual aesthetic design are clearly the inspiration for the ridiculous name. Yet, despite the silly name, these speakers have a lot going for them. Visually, it must be said, they are an acquired taste. Finished in gleaming glossy white with golden accents at the top and around the full-range driver, there’s more than a little steampunk influence in its idiosyncratic conical casing. In the right environment we dare say they could look very good, but in another they can just as easily look hideous. It’s probably just as well a black version exists, too, given the ambiguous reaction white products can sometimes generate.


One thing that can’t be questioned, though, is the build quality. One important facet here is the permanent cable that connects the two speakers. This does restrict flexibility somewhat, though the 1.8 metre length should suffice for most needs, but the thickness of the cable is very reassuring. Likewise the main speakers themselves feel very robust, constructed from thick and substantial plastics. At £83.99 they’re not particularly cheap, but they actually feel as if they could cost even more. 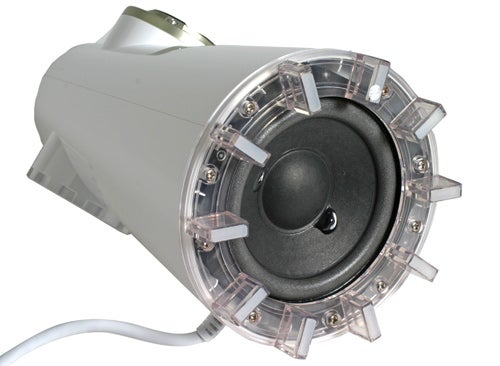 On top of the right channel speaker are rudimentary controls consisting of just power and volume buttons. This is a little disappointing since some treble and bass controls would be very helpful, Moreover, the lack of dial controls means it’s impossible to know the volume until you’ve started playing, which is a little irritating. We’d add, too, that unlike the T40s, which are more desktop speakers than anything else, the Altec Lansing’s seem better suited to a living room environment; in which case a remote would have been a useful addition, too. 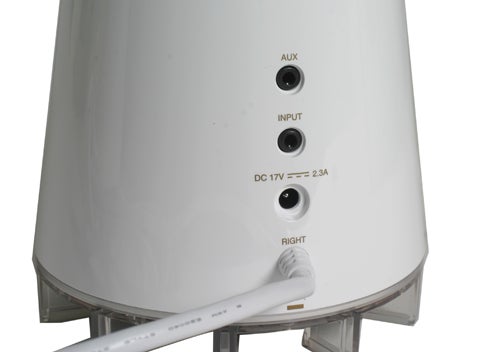 Like the Creative set there are two 3.5mm inputs, but they are both on the back. One can only assume Altec Lansing chose not to disrupt the largely uncluttered front of each speaker, but a front-facing input is one thing that any speaker set like this really ought to have given most people will want to connect an MP3 player. It would be handy, too, if Altec Lansing included a stereo phono adapter – something that would be particularly handy to those using games consoles.

To begin with testing we threw a variety of music at the set. From the start the warm but subtle bass tones proved very pleasing, giving the set a fulsome sound that is very adaptable to all kinds of music. It must be added, too, that we can’t think of any 2.0 speakers of this size whose bass production is as well defined as that of the FX3022s. 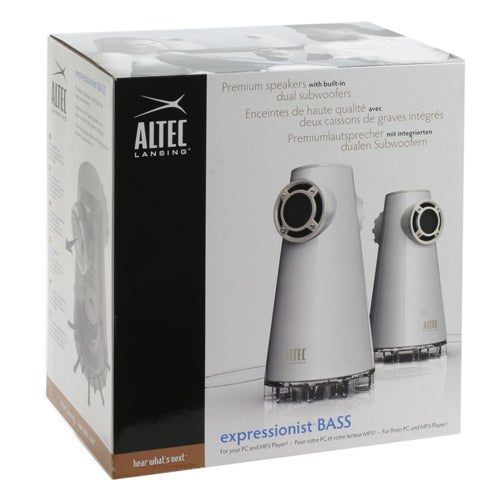 This low-range power proved itself particularly good for classical and choral music. In Agnus Dei from Faure’s Requiem the dulcet tones of the organ and subtle cello accompaniment are brought out beautifully, particularly towards the end as the piece builds into its dramatic crescendo. Another particular strength, one it shares with the impressive Edifier MP300s, is excellent performance at low volumes. This is another symptom of the discrete woofers, since it allows the system to produce good low level audio at lower volumes.


This does give the FX3022s an edge over the T40s, but this advantage is ceded in the mid and high end of the frequency range. While the Altec Lansings are perfectly reasonable in this regard, the T40s are in a different class when it comes to clarity and detail. A good example of this is Radiohead’s Reckoner, where the intricate percussion lacks a little bit of punch when compared the T40s lively output. This also makes the FX3022s sound ever so slightly flat when listening to rock music, such as the Smashing Pumpkins or Foo Fighters, where the bass lines tend to overpower the arguably more important lead guitars. This doesn’t make this set bad for such music, but if this is your staple musical diet then the T40s are probably a better bet. 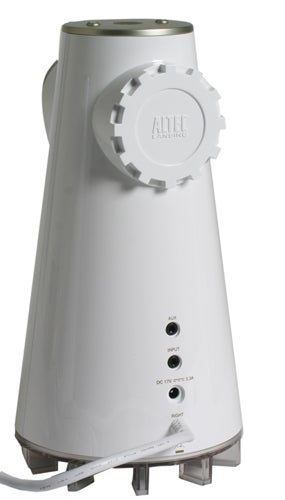 If you have more of a penchant for soft rock and pop, however, then you should enjoy this set. That warm and comforting sound is just perfect for the likes of Coldplay or Doves, while hip-hop and dance tracks also benefit from the extra bass on offer. Distortion is rarely a problem, even at the high volumes the speakers can reach, though if you really push hard they can distort in very bass heavy tracks.


Our only other issue, which is actually pretty important depending on how you intend to use them, is how the downward facing woofers cause any desk they’re sitting on to vibrate. This makes them somewhat unsuitable as desktop speakers, but it’s less of an issue if sat on a shelf and used as a Hi-Fi replacement. 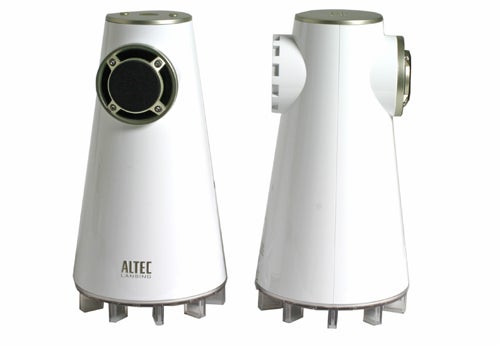 
While the looks are an acquired taste there’s a lot to like about the Altec Lansing Expressionist Bass speakers. Their innovative driver arrangement delivers balanced but powerful bass and good overall sound quality. A couple of design issues and a slight lack of mid and high-end clarity preclude them from an award, but if you want a 2.0 set with more earthy power, they’re worth considering.