We haven’t exactly been overrun with a rush of Bluetooth-enabled MP3 players recently. There’s been a few from Samsung, one each from Sony and Philips as well as a couple here and there from lesser known brands. Altec Lansing is obviously well aware of this as its latest Bluetooth stereo headset comes with a Bluetooth A2DP adaptor so you can use it with any MP3 player, as well as other devices such as mobile phones that have native A2DP support. 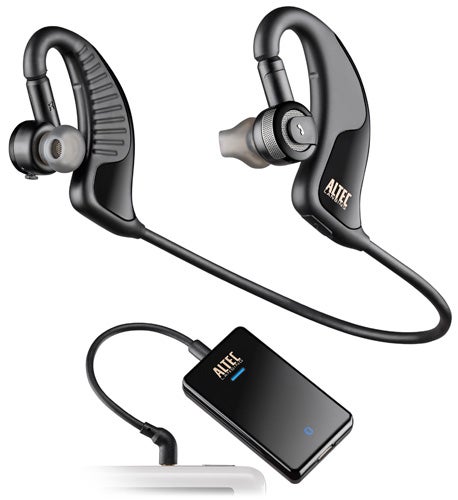 It also has to be said that the Backbeat isn’t the coolest looking set of cans we’ve used. Rather than taking a traditional headband approach, Altec Lansing has instead opted for a more in-ear design with a cable that runs around the back of your head to connect the two earpieces together. The problem is that the earpieces are rather chunky and so end up looking a lot like two 1970s hearing aids that have been painted black. Nevertheless, they are extremely comfortable to wear and are not easily dislodged from your ears so at least you won’t be walking around worrying that they’re about to pop out of your lugholes at any minute. 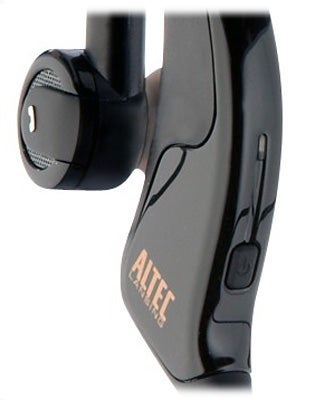 The BackBeat also has more buttons than most and thankfully they’re all physical ones rather than the more fiddly, and less reliable, touch versions as found on the likes of the Jabra Halo. The left-hand earpiece is home to a dedicated power button as well as the multifunction call control button that’s used for answering and rejecting calls. 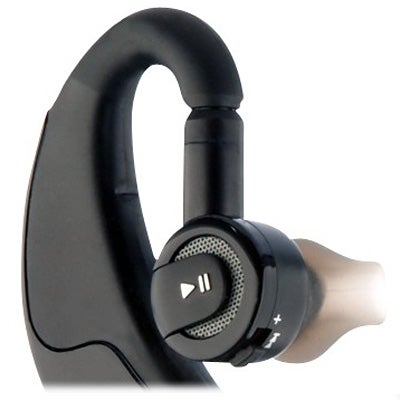 On the right hand earpiece you’ll find the music controls. There’s a circular, rocker switch that works both as the volume control and track skip control. To change volume you simply rock it back or forth, but to skip tracks you have to hold it in the forwards or backwards position until a tone alerts you that the track skip command has been registered. There’s also a play pause button on the outer edge of this ear piece and we like the way that when you press the pause button the headset feeds the input from the external mic into the ear piece so you don’t have to remove the cans to hear what people are actually trying to say to you.


These music controls will only work if your phone supports the protocol. Most phones and devices do support this, but not all. For example, the iPhone only supports the play and pause commands over Bluetooth, so the BeakBeat’s track skip buttons will not work with it. Also, the Bluetooth dongle supplied with the headset is for audio only, so if you’re using the dongle with a non-native Bluetooth device none of the transport buttons on the headset will work with your player.

The BackBeat is supplied with a wall charger with two connectors so it can charge both the headset and dongle at the same time. Both of the devices actually use a standard microUSB port for charging so you can also charge them via a PC or laptop if you prefer. It takes three hours to fully charge the headset and dongle. While charging is still in progress the headset’s LED will glow red before changing to blue to show you it’s fully topped up with juice.


Once charged Altec Lansing claims that the BackBeat is good for around seven hours of talk time or seven hours of music listening. This is about an hour less than the quoted battery life of the Jabra Halo, but in our experience both cans lasted for about seven hours when used mostly for music listening with some calls thrown in along the way. 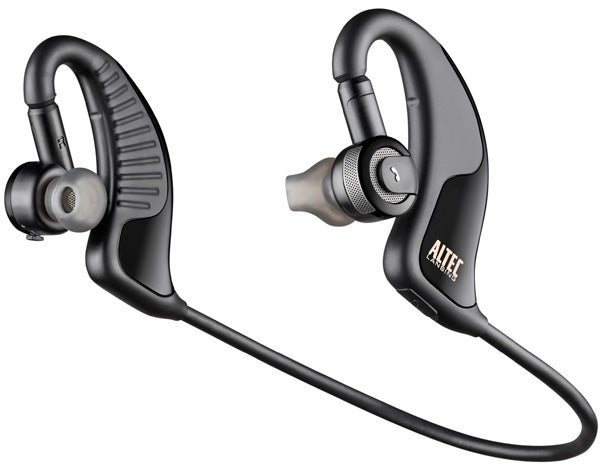 Although Altec Lansing doesn’t make any reference to it in the manual the headset does support multipoint, so you can have it connected to two devices at the same time as long as they’re not sharing the same functionality. For example you can connect it to a laptop for music listening over the Advanced Audio profile, while also having it connected to your mobile phone using the Headset profile. When you receive an incoming call it automatically fades out the music and plays a ringing tone thought the earpiece so you know you’ve got a caller. When you hang up or reject the call it automatically starts playing music again.


Unfortunately, sound quality for music from the BackBeat is a bit underwhelming, mainly because the headset is found lacking when it comes to bass response. What’s more, if you try to compensate by boosting the bass frequencies using the graphic equaliser or bass enhancer on your phone or MP3 player, it causes the Backbeat’s earpieces to overload and distort. The headset isn’t all that loud either, something that becomes obvious pretty quickly when using them on London’s noisy underground system.


Call quality is also average. Incoming audio from callers sounds great when it’s pumped though both earpieces, but callers reported that speech from the dual mics sounded muddy indoors and suffered from a lot of wind noise when we used them outdoors.


The Backbeats are let down by poor bass response and the below average call quality. This is a shame because they have good battery life, easy to use controls and are probably the most comfortable stereo headset we’ve ever had to wear.