What is the Alfawise WIN660 Robotic Window Cleaner?

Manual tasks are tedious – after all, who wants to spend their life cleaning up? With the Alfawise WIN660 Robotic Window Cleaner, you can tick one more job off this list, getting this robot to handle your glass for you.

Easy operation and decent results make the Alfawise WIN660 Robotic Window Cleaner a winner, but some minor annoyances with cleaning patterns and the price mean that this isn’t for everyone.

A small square with a handle, the Alfawise WIN660 Robotic Window Cleaner doesn’t look too dissimilar to a robot vacuum cleaner. The main clue that this is something different is that there’s no dustbin to empty, and there’s a dedicated power input on top. 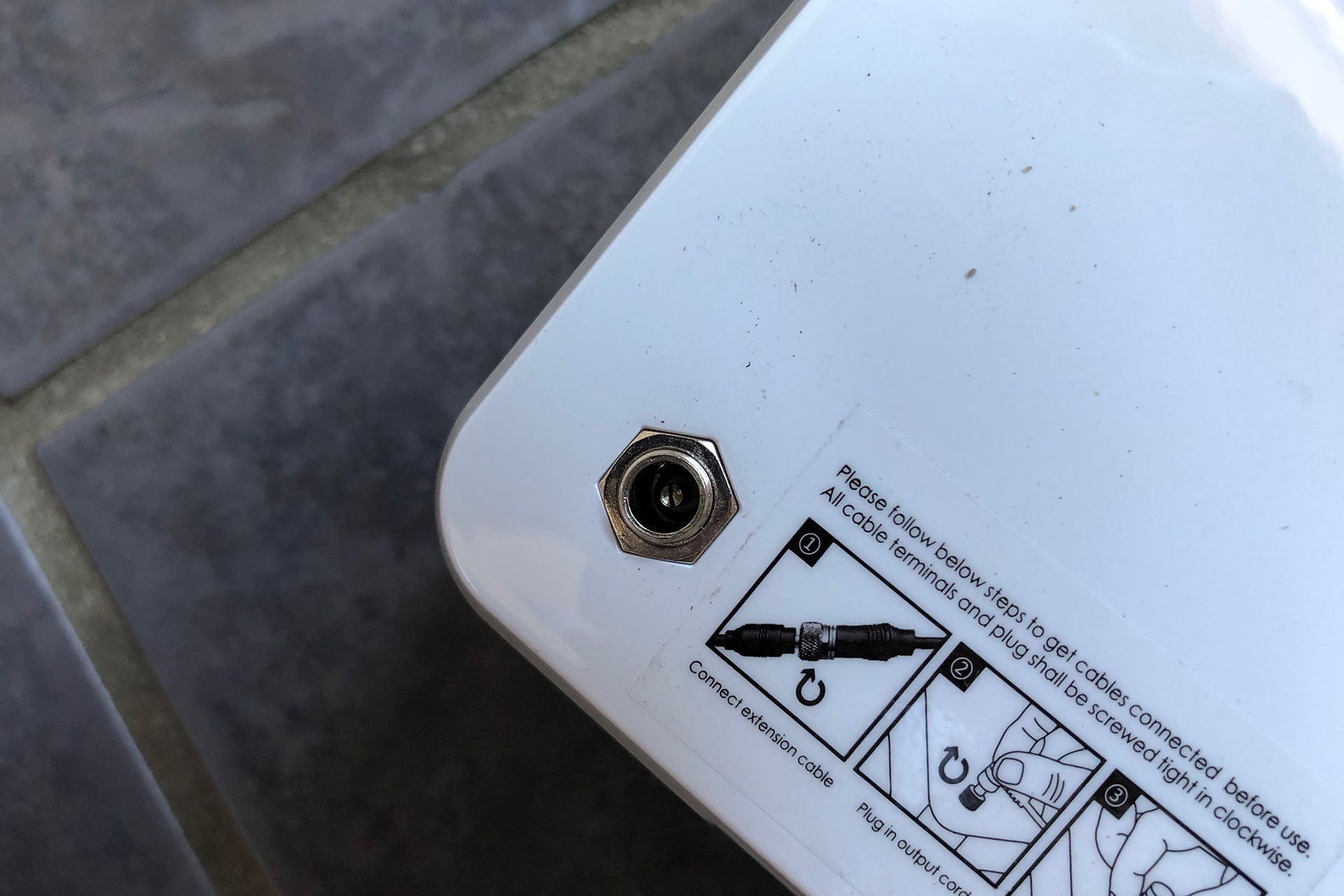 Flip the WIN660 over, and there’s a velcro surround to which you attach the microfibre cleaning cloths. In the middle of the robot is a large fan, and two tank tracks. The fan is used to generate suction, attaching the WIN660 to a window, while the tank tracks let it move around the surface. 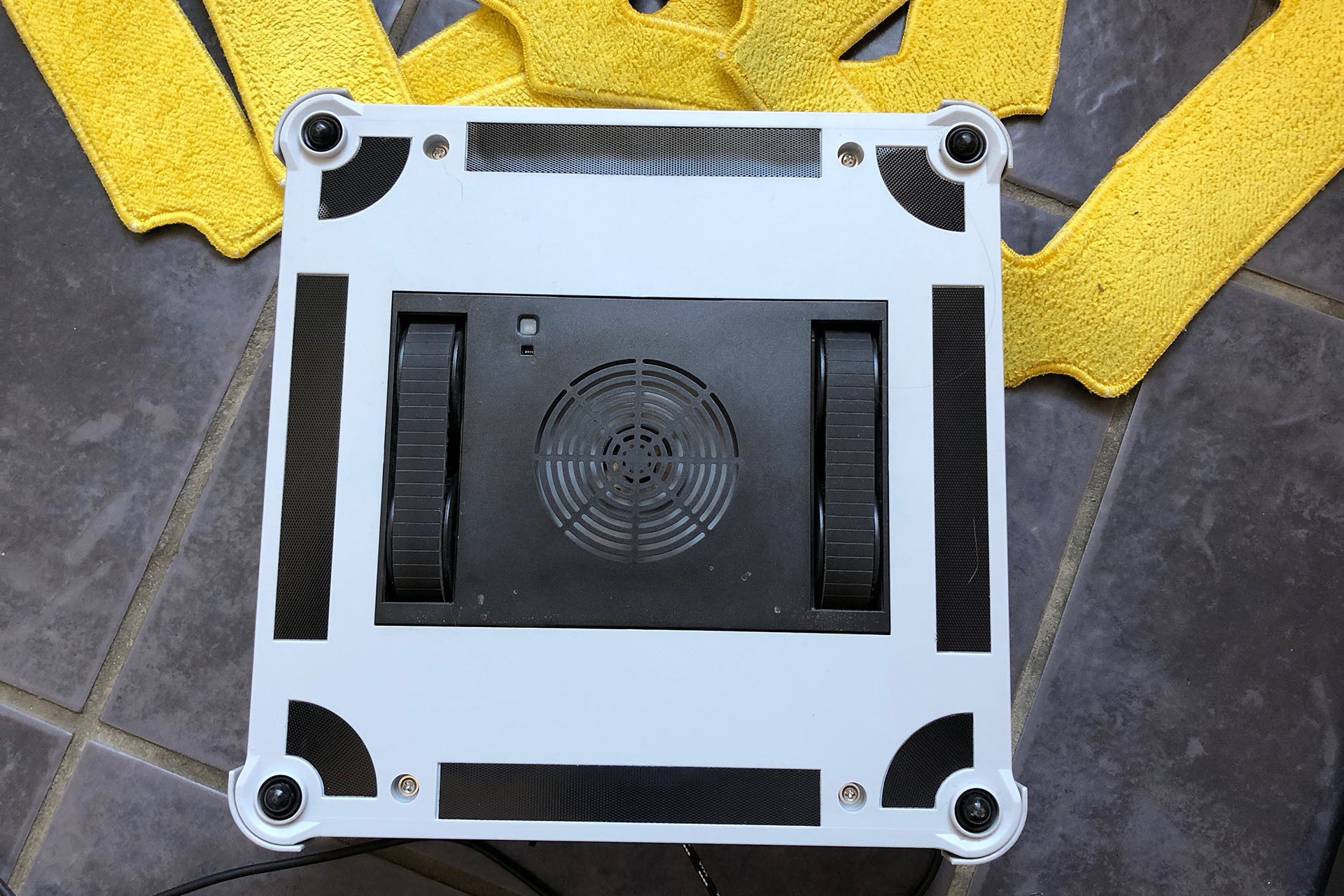 The fan highlights the need for continuous power, since it’s crucial that the WIN660 doesn’t run out of power and fall to its doom. However, there is a built-in battery, which gives 30 minutes of backup power and prevents a short power cut or someone unplugging the robot from causing an accident.

Alfawise provides a 5.5-metre cable, which should be sufficient to cover most windows in residential properties. There’s also a safety rope, which you’re supposed to loop inside and tie to something secure as a safety backup should the WIN660 fall off the window (something that never happened during testing, I should add). 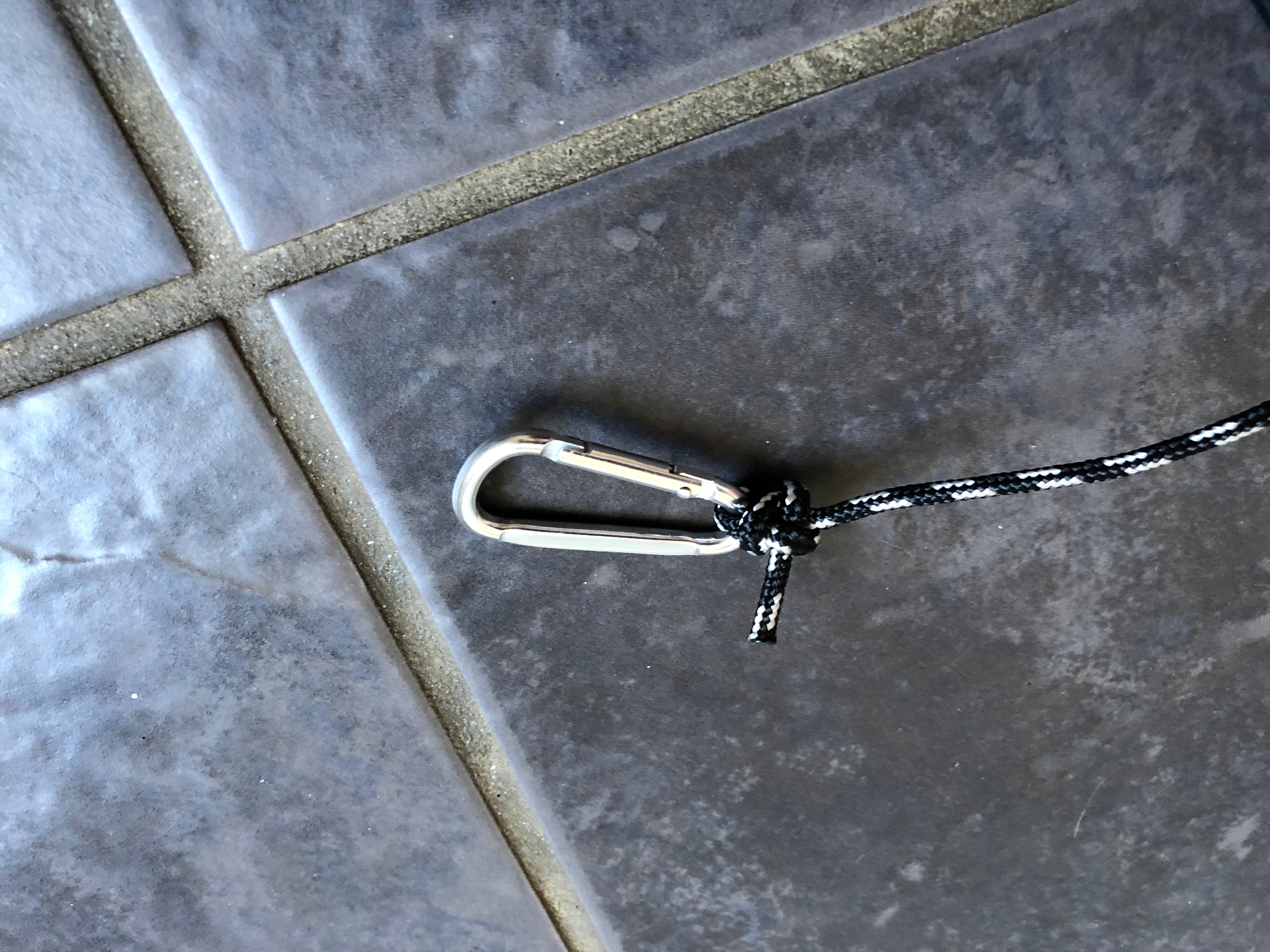 Inside the box is a remote control, plus an empty spray bottle. I was told that it isn’t possible to import the robot with liquid cleaner in the bottle, and that you should use your own glass cleaner instead. 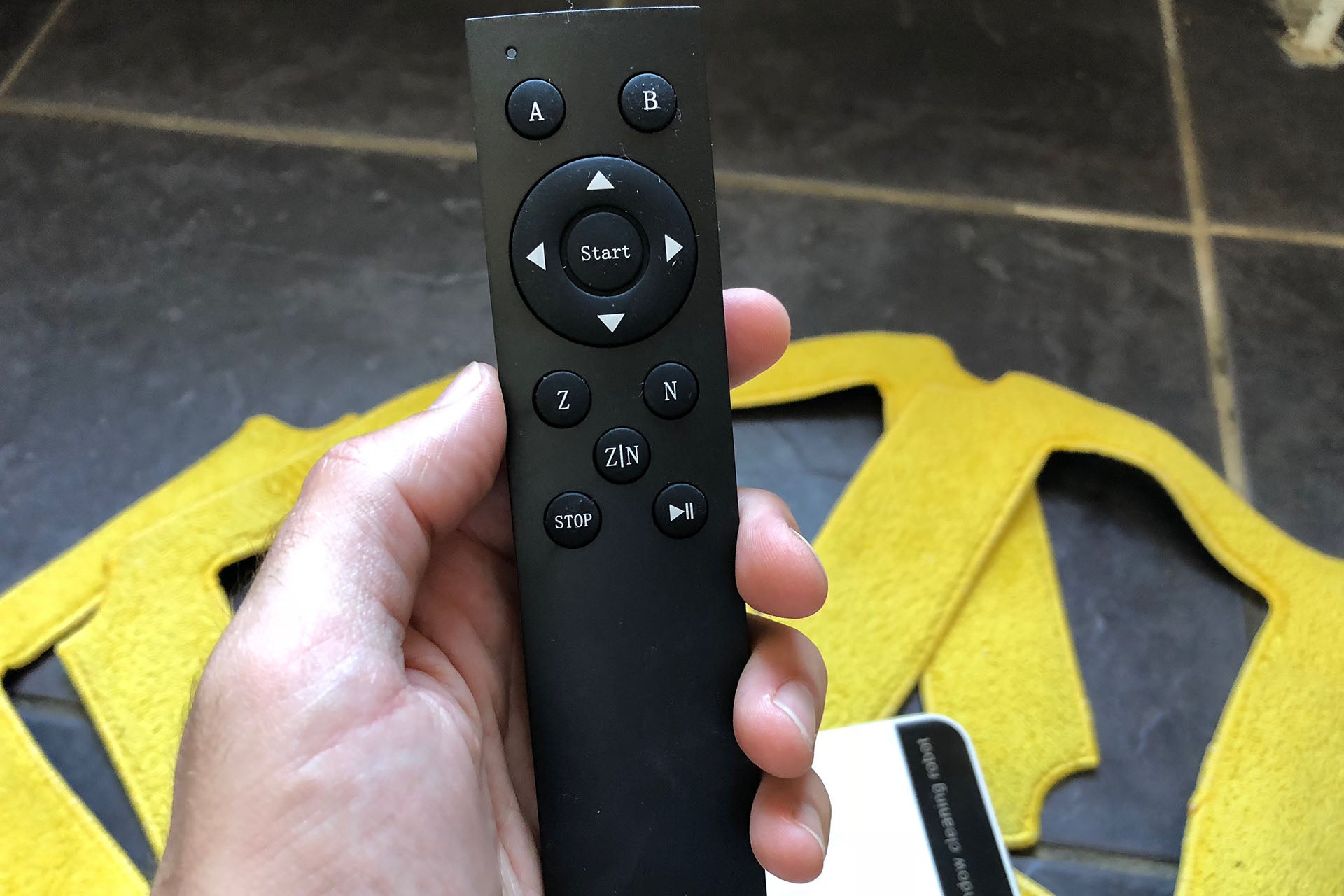 Basic operation is straightforward. You stick on a microfibre cleaning cloth (four are included), spray on some cleaning fluid at the top and bottom of the cloth (not the sides), and you’re ready to go.

In operation, measuring 1-metre away from the window, the WIN660 had a peak noise output of 78.5dB – that’s just a little louder than the Dyson V10 Absolute cordless vacuum cleaner. 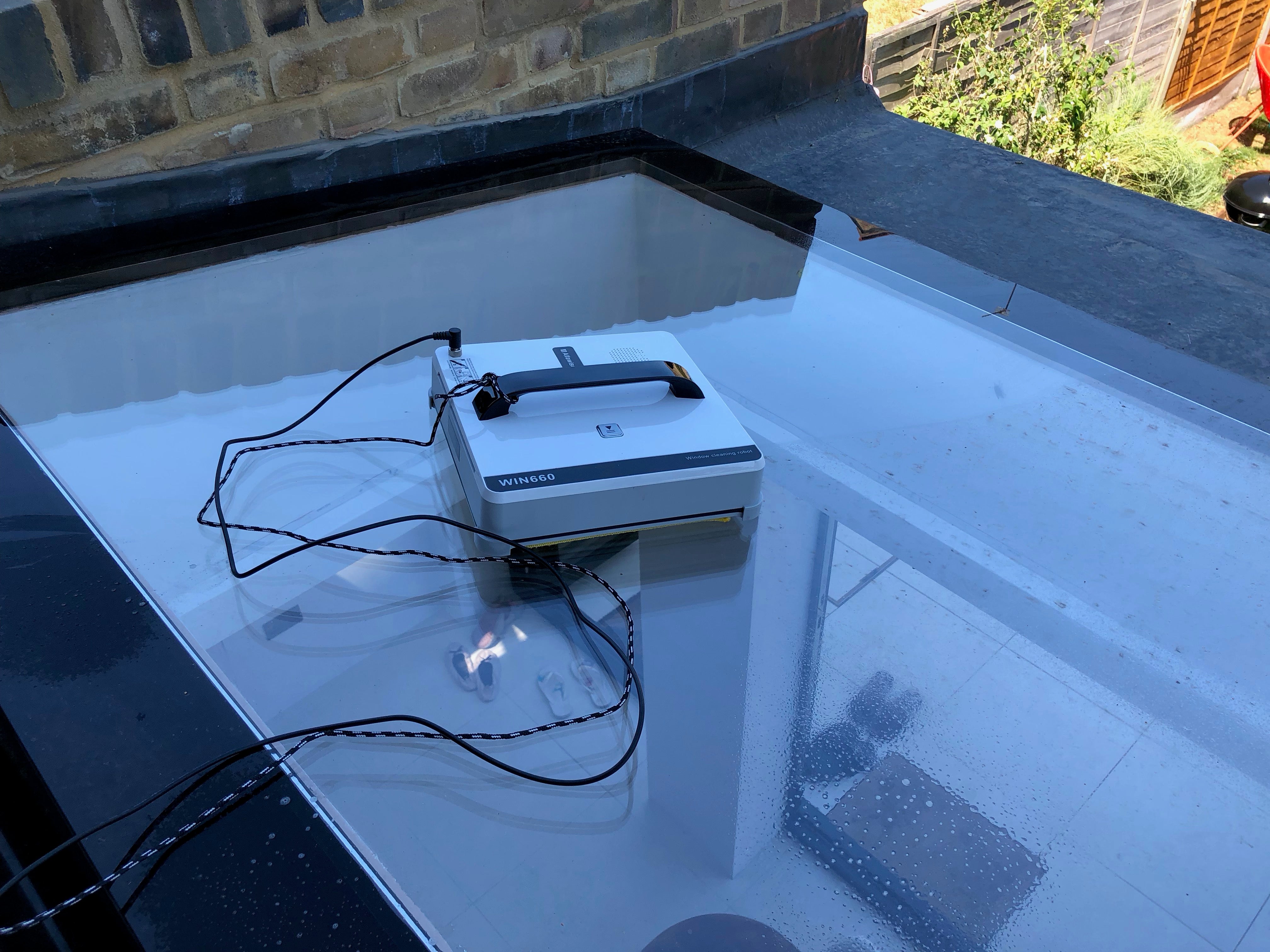 For use on windows, there’s very little intelligence required. As such, the advanced navigation of a robot vacuum isn’t needed. The Alfawise WIN660 Robotic Window Cleaner works by moving towards a corner, using its sensors to detect a rim or edge, then zig-zagging up until it hits the diagonally opposite corner.

Using the remote control, you can change the pattern, picking from Z (left to right) to N (up and down). I found that tall, thin windows benefitted from N, while wider windows were better with Z. The remote also offers manual control, letting you select the direction in which you want the robot to move. There’s also an app that can communicate with the robot, but this simply duplicates the functionality of the remote control and is fiddlier to use.

To test the Alfawise WIN660 Robotic Window Cleaner, I carried it up onto the roof and attached it to a large, sloped skylight (2.4m x 1m). After a long dry summer, it was quite filthy.

The WIN660 set off methodically, bumping into a corner and then zig-zagging across the frame, cleaning as it went. The size of the window and the level of dirt meant that I needed to add a couple of sprays of glass cleaner in front of the robot. For this reason, I found it easier to use the WIN660 when the sun wasn’t shining on it, preventing the glass cleaner from evaporating too quickly. It would have been better if the robot had a small dosing tank, automatically adding window cleaner as it moved.

Where the WIN660 went, the glass was cleaned at least as well as doing the job by hand. But, there were a few issues.

First, the robot didn’t touch the edges of the glass, leaving a dirty rim that needed to be cleaned manually. Ultimately, as with robot vacuum cleaners, the WIN660 is more of a maintenance cleaner, with an occasional, more detailed manual clean required to complete the job. 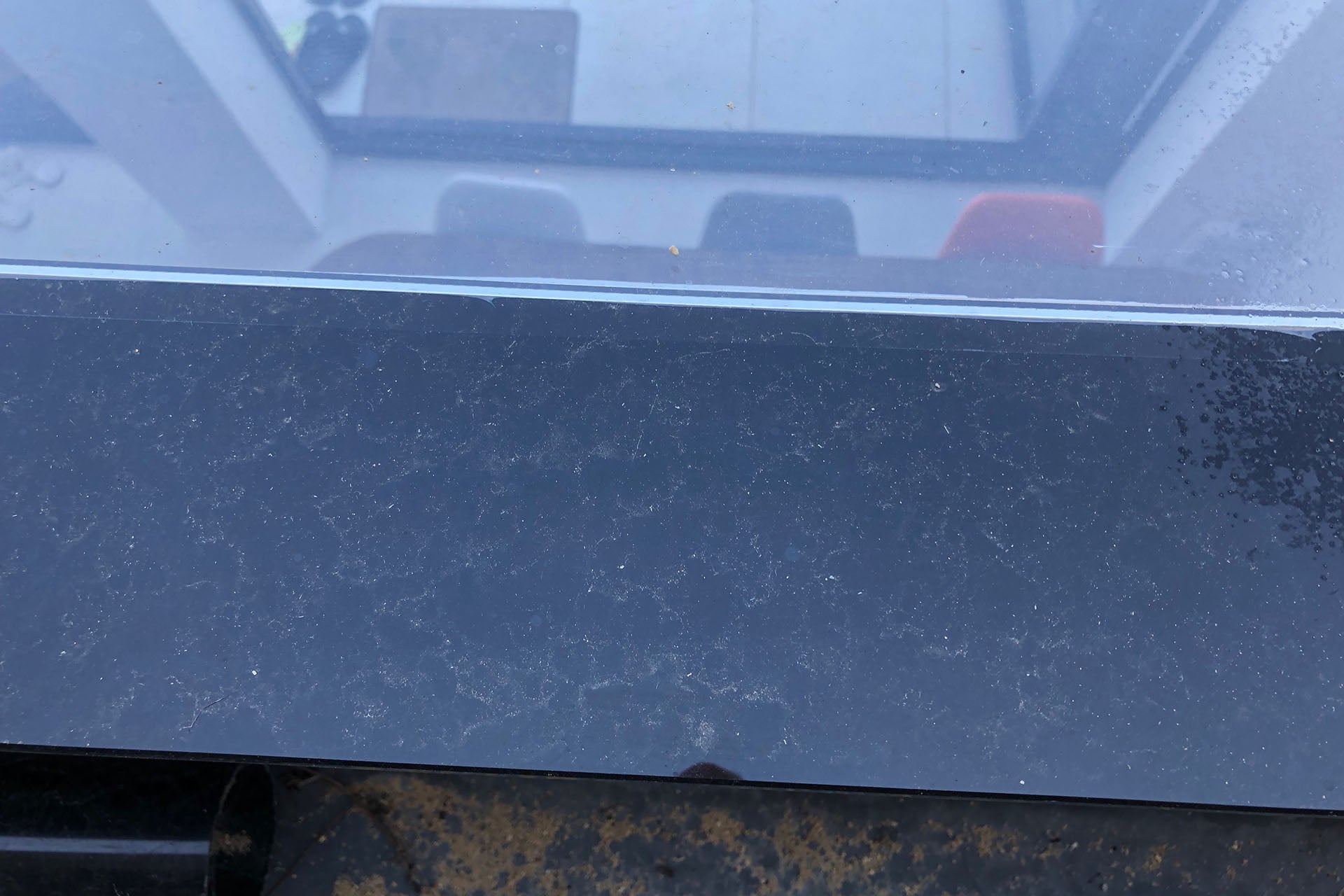 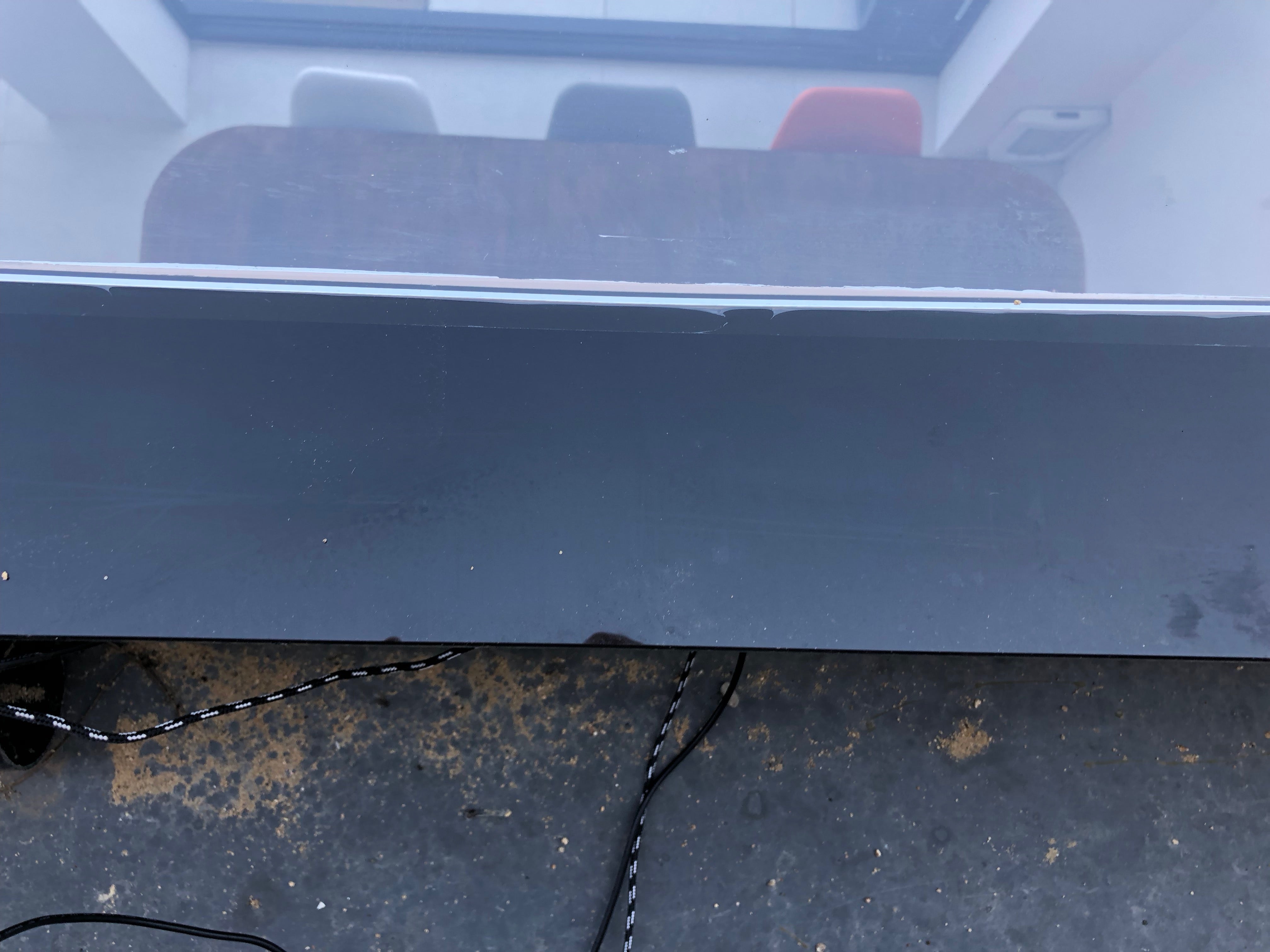 The second issue was that the slope of the window would slowly push the WIN660 off course, resulting in a missed chunk of the window. A quick manual drive using the remote control soon covered this area, however, leaving me with sparkling windows. 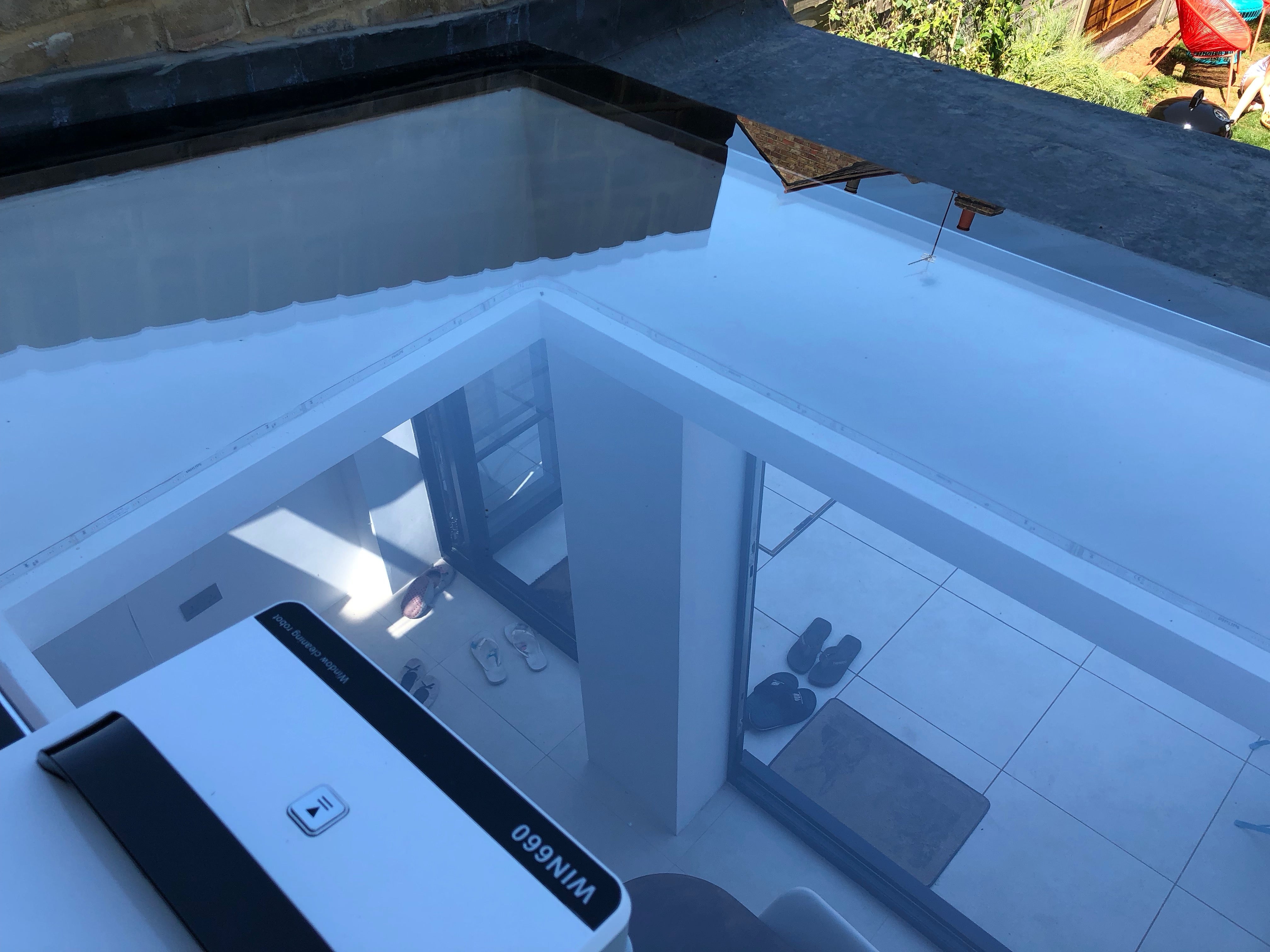 Using the Alfawise WIN660 Robotic Window Cleaner on vertical windows proved easier, and the robot more neatly moved up and down without veering off course.

At the end of cleaning, the WIN660 comes to a stop and starts beeping in a tone that’s difficult to hear over the noise of the fan. I found that the cleaner didn’t return to the start, so I’d need to manually drive it to a reachable position. Once in reach, a long-press of the power button turns off the fan, so you can pull the cleaner down.

The microfibre cloth I used was filthy, showing how much dirt had been removed. Cloths should be cleaned after use: I used a washing machine on a gentle cycle to get them ready for next time.

Cleaning by hand could be faster in some cases, but certainly more hassle. The ease with which the WIN660 cleans meant that I cleaned my windows far more often than when I had to do the job by myself.

Given what it does, the price of the Alfawise WIN660 Robotic Window Cleaner is pretty good, but it’s hardly cheap.

Washing windows is boring, so the Alfawise WIN660 Robotic Window Cleaner is an attractive product, taking the hard work out of keeping glass clean. It’s simple to operate and effective at removing dirt, although you may need to take manual control to get the best results.

It would be nice if the Alfawise WIN660 Robotic Window Cleaner had its own dosing tank, and if it could return to it starting position. Otherwise, this is a great window cleaner.

If you’ve got a lot of windows, this could be a lifesaver – but it may be an expense too far for some.

A simple and effective way to clean your windows.