Given the price it’s no surprise to find that the Alcatel OneTouch 20.05 has a very basic camera with a lowly 2.0MP resolution. It lacks more advanced features, such as autofocus, that you’ll find on most of today’s smartphones and it doesn’t have an LED flash to help it out in low light. 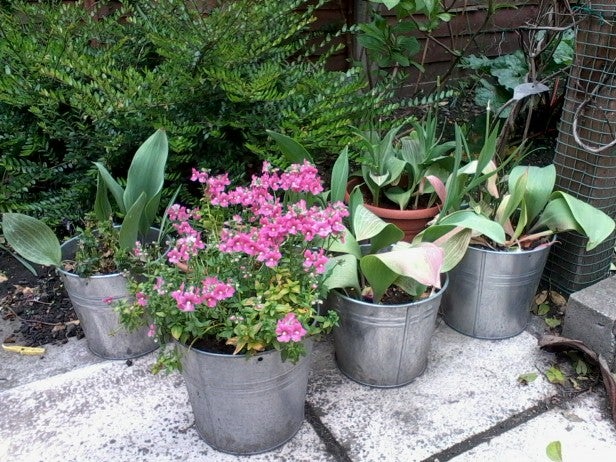 Click the image above to see more test shots

Nevertheless, given the basic specification, shots from the camera aren’t as bad as you’d expect. Focus is reasonably sharp and colours are on the whole surprisingly bold and accurate. Images do suffer from a bit of noise even in brighter conditions, but for the most part the camera punches above its weight. It’s certainly good enough for producing perky snaps for posting to your Facebook account.

The camera app also has a handy timer mode built-in and there are a few colour effects too, including sepia, grayscale and colour swap modes.

One of the biggest problems with the  Alcatel OneTouch 20.05 is its lack of available memory. Out of the box there’s only around 1.2MB of memory free, so realistically you’re going to have to add a microSD to the handset. Only cards of up to 8GB in size are supported, though.

You need to have a card installed to use the phone’s Twitter and Facebook apps, as the icons in the menus are initially only shortcuts for installing the apps. The apps themselves are not actually preloaded. Once you have downloaded them you’ll find that they’re pretty basic and at times a little bit sluggish to use, especially compared to smartphone apps. However, they do get the job done and to have these apps available at all on a sub-£25 phone is relatively impressive. 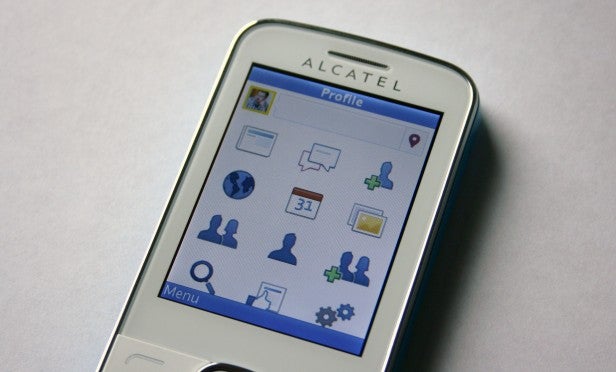 The handset has a built-in music player, but again it’s also very basic. For example, it doesn’t support album art, and instead just showing a generic image when music is playing. Nevertheless, it does sort music in to artist, album and genre categories automatically and you can even create you own playlists on the go. 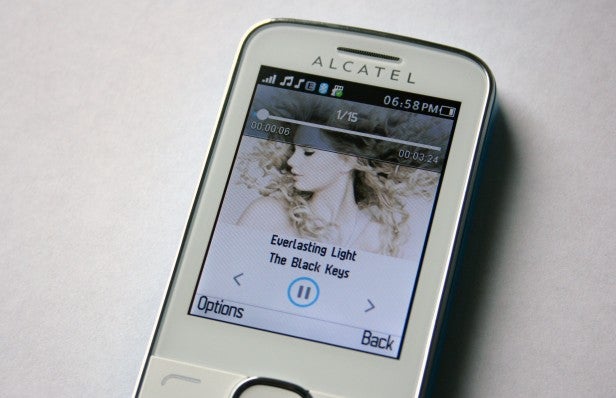 There’s an onboard radio turner too. It supports RDS for automatic naming of radio stations when they’re tuned in and you can record from radio to a memory card. However, sound quality from the radio was terrible, as it was constantly distorted and unlistenable on our review handset.

Alcatel has been able to keep the 20.50’s price low by severally limiting its connectivity options. The handset doesn’t support 3G, only EDGE. It also doesn’t have Wi-Fi onboard. In fact, the only extra in terms of connectivity is support for Bluetooth so you can wireless transfer files to a PC or connect a Bluetooth headset to the phone. 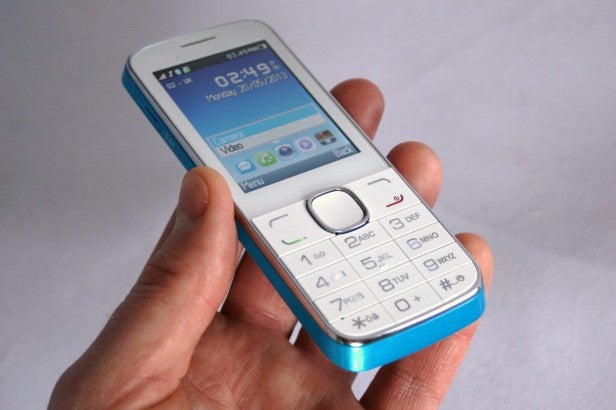 The 850mAh battery may seem relatively small compared to the batteries on today’s smartphones, but the 20.05 isn’t very thirsty when it comes to power due to its small screen and modest innards. In fact, battery life is reasonably good. For calls, music and a bit of Facebooking we found we could get a couple of days out of it before it needed to be topped up with juice.

The Alcatel OneTouch 20.05 is a stylish and easy to use candy-bar style handset with good battery life. Undoubtedly its main attraction is the fact it costs just £24.99 but has Twitter and Facebook apps onboard. However, it’s annoying that you can only use these apps if you purchase a microSD card separately and on our sample there were problems with the FM tuner that made it unusable. However, if money is tight and you want a cheap way of accessing Facebook on the go, it’s still not a bad option.