This review might as well be called MSI Wind: a Second Look, because that is basically what the Advent 4211 netbook is, as we mentioned before. I know that’s kind of spoiling the present a bit before it’s opened, but thankfully the Advent does come with other software, a different finish and a more attractive price. 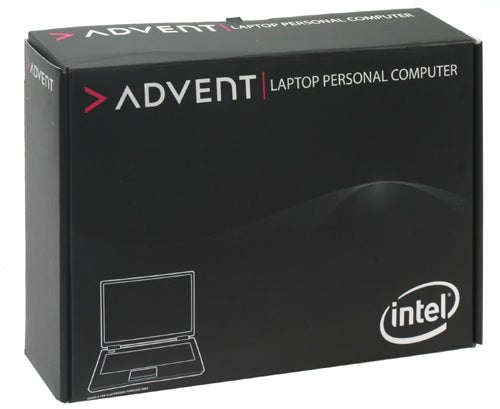 So basically, if you want the full lowdown and all the details of the hardware, head over to Andy’s review of the MSI Wind. If you don’t, here’s a quick run-down. This netbook comes with a fairly good 10.1in screen with 1,024 x 600 resolution, an Intel Atom N270 processor running at 1.6GHz, 1GB of RAM (plenty for the included Windows XP, though more is always better) and, like the Eee Box I looked at recently, 80GB of hard drive space (obviously not solid state). It weighs 1.15kg with the provided three-cell battery.


The keyboard is also unchanged from the Wind, meaning it is a heck of a lot better than on any of the Eees – even the Eee PC 1000 (especially if, like me, you are a right-shifter) – but not as good as the superb example on the HP 2133 Mini Note. It does have the Fn key on the outside of Ctrl, but gives you reasonably-sized keys and an enlarged Enter key to make up for it. And unlike the Mini Note, the touchpad has its buttons underneath, rather than at its sides. 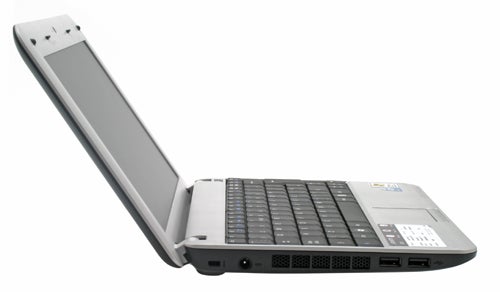 In terms of connectivity, it’s nothing remarkable. Three USB 2.0 ports, one mini memory card reader that annoyingly doesn’t support SDHC, 3.5mm audio in and out jacks, a network port and VGA out are joined by standard wireless.


But let’s talk about the differences between it and the Wind, and how those differences position it compared to the competition. The most obvious one is price, but because it’s so influential we’ll leave that until last. 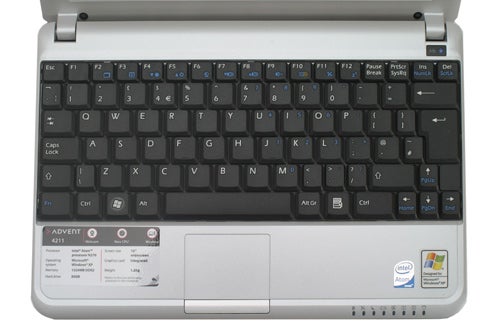 We’ll start with what many will consider the least interesting side then; the software. Apart from the Windows XP operating system, productivity software is actually rather different. You see, while MSI gives you a 60-day trial version of Microsoft Office 2007, the Advent has the arguably less useful Microsoft Works 9 SE as its standard productivity suite. Those last two letters after the nine are significant, as they mean that this is a free, ad-sponsored version of Works, and that no matter what you’re doing, a portion of the screen will be taken up by ads (they run from a cache when you’re not online).


This might not be as much of a problem when working on a Word document on a 20in monitor with a standard 1,680 x 1,050 resolution, but on the Advent’s small display where desktop real estate is already at a premium, it can be an issue. Frankly, you’re far better off getting rid of Works SE and downloading the latest version of OpenOffice, which will give you a more flexible, comprehensive and less cluttered working environment.

Next, let’s look at the aesthetic differences between the Advent 4211 and Wind. When the Wind first came out, it was only available in white. Obviously colour preferences are a matter of taste, but quite apart from dirt and marks being more visible on a white machine, black just looks slimmer and cooler. And as long as the Advent is closed, it makes a striking impression. The outer shell sports a coat that is neither matte nor quite glossy, but a mixture of the two, and looking closely reveals tiny silver sparkles. The Advent logo is also sharper than MSI’s, though again that’s a matter of personal taste – and let’s face it, either way, it’s not like having an Apple logo on your laptop lid. 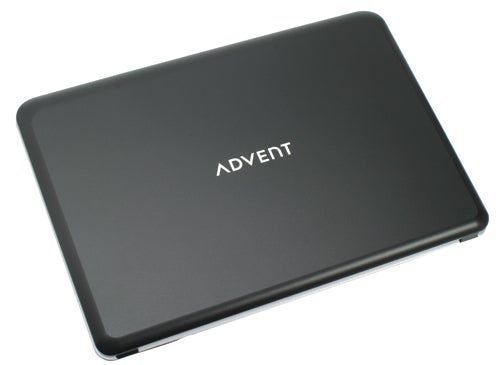 Opening it up, it’s mostly silver, apart from the black keyboard and a few black highlights (including the power button and rubber pads at the corners). Now there’s nothing wrong with a two-tone finish, and black and silver is a generally very attractive combo, but a slight issue here is that in some lighting conditions it looks sickly grey. Though I would take the Advent over a white Wind any day, MSI’s machine has since become available in gorgeous black (and pink, if you’re that way inclined).

Andy’s bet about a case not being included with the Advent has paid off, as it turns out, since all you get with the cheaper machine are cables, manuals and software. Ironically, due to its colour scheme, the Advent actually fits better with the grey-and-black zipped case provided by MSI than any Wind model.


Now that the other differences have been covered, which is better value for money? Well, with the Advent coming in at £280 and a black or white Wind starting at £330, there initially doesn’t seem that much reason to chose MSI’s option, unless the colour scheme is very important to you. As to the sleeve, you can buy one custom-designed for the Advent by third parties from around £15, which still leaves you with £35 change. Though if peace of mind is more important than saving a few pounds, MSI’s two-year warranty easily outclasses the Advent’s standard one-year effort. 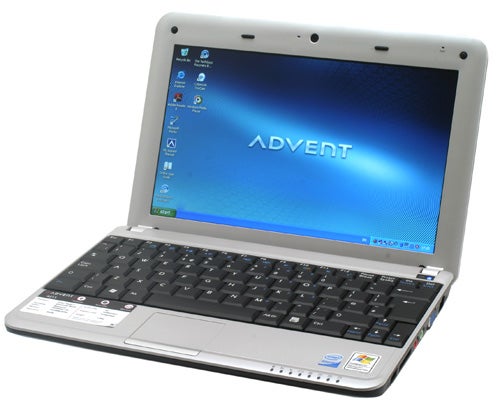 In terms of other 10in ultra-portables, the real competitor is of course the Eee PC 1000, specifically the 80GB hard disk version, which is £20 cheaper than the SSD model we reviewed. But even then, you’re paying £350 for a netbook with identical processor, hard drive and screen size, and a worse keyboard than the Advent. However, better sound quality and 802.11n wireless, along with significantly improved battery life might make it worth the extra cost – depending on intended use.


If you want the cheapest 10in netbook out there, then the Advent 4211 is not difficult to recommend. You’re basically getting an MSI Wind for less money, though also with half the warranty (one year instead of two). The Asus Eee PC 1000H offers far more features, but at a significant price hike.