Also available as an upgrade from previous version ~ £270 inc VAT.


Adobe Premiere is one of the oldest brands in PC video editing, although with the switch to Premiere Pro the underlying codebase was radically updated. For the CS5 version, yet another seismic change has taken place. Not only has the application moved to a 64-bit environment, but hardware graphics acceleration is now built in to a much greater extent than before.


The previous CS4 version of Premiere Pro was 64-bit aware, so could take advantage of a little more memory running on a 64-bit version of Windows. But the CS5 incarnation is native 64-bit software. So if you have more than 4GB of memory on your system, it will use whatever there is available. The downside is that as most of what’s new in CS5 revolves around its new 64-bit engine, there will be no 32-bit version. So your current workflow may require more fundamental changes than just an app upgrade. All your old 32-bit plug-ins will need updating, just for starters, although quite a few manufacturers have already made the switch, such as Boris and Magic Bullet. 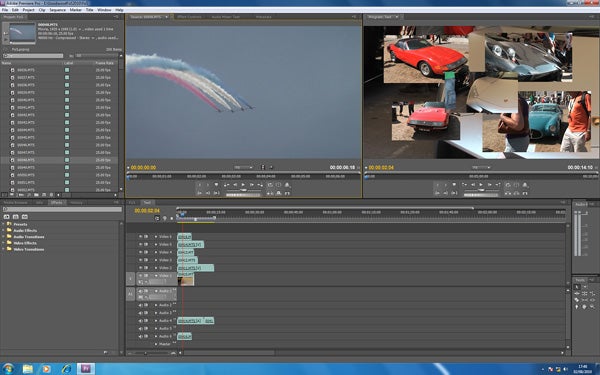 thanks to its 64-bit Mercury Playback Engine with graphics hardware acceleration support.”’(/centre)


Graphics hardware acceleration extends far beyond the handful of filters supported in previous versions of Premiere Pro. The range still doesn’t include everything, but about half of the filters and a few dissolves have GPU acceleration, indicated by an icon in the Effects browser. Unfortunately, this acceleration is only available for graphics hardware supporting CUDA, and initially just Nvidia’s Quadro CX, FX 3800, 4800 and 5800, plus the GeForce GTX 285. So ATI users will be out in the cold, for now.


The new CS5 code is called the Mercury Playback Engine, and we have found it a clear improvement over its predecessor. Our tests were performed on a quad-core workstation running a 3GHz Intel Core 2 Extreme QX9650 with 8GB DDR3 memory, and 64-bit version of Windows 7. Graphics acceleration was provided by Nvidia’s Quadro FX 4800. This system had few problems playing chromakeyed HDV superimposed over another layer of HDV. Six streams of Full HD AVCHD weren’t frame perfect, but much smoother than with CS4, and scrubbing was usefully liquid as well. Most reassuringly, CPU usage approached 100 per cent during playback, showing that system resources were being fully utilised.

Although the new Mercury Playback Engine is by far the most significant new feature in CS5, it does have some other enhancements. Even more video formats are now natively supported, including AVC-Intra 100 and AVCCAM, alongside 10-bit Digital Picture Exchange and XDCAM HD 50, which uses a Long GOP MPEG-2 structure and 4:2:2 colour.


Support for DSLR video has also been improved, including direct compatibility with video shot on the Canon EOS 5D Mark II and 7D, plus Nikon’s D90, D300 and D3000. Performance with Red R3D digital cinema files has been enhanced, and HDV can be captured with scene detection, something formerly only available when using third-party hardware such as Matrox’s RT.X2. You can import non-encrypted DVD video assets as well, finally. This now makes Premiere Pro CS5 one of the most format agnostic video editing apps currently available, although Avid’s Media Composer 5 is running it extremely close. 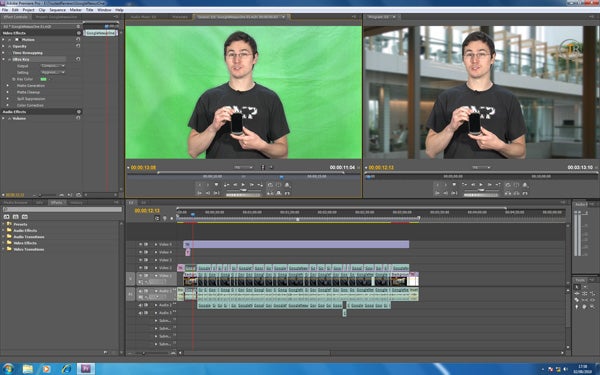 
For those currently using other editing apps, Adobe has made switching to Premiere Pro that little bit easier. You can import and export to and from Avid using the AAF format, and Final Cut using XMP. Initially, this will probably be more useful if you want to use Adobe’s other video related tools – Flash, After Effects and Encore – but you might get tempted to switch wholesale after trying Premiere Pro, too.


With a massively altered playback engine, it’s not surprising that new filters and transitions are few and far between. However, there is one very important addition. The Ultra keyer, which was available as a separate app in CS3 but disappeared thereafter, now makes a return as a filter. The virtual set system available with the standalone software is missing, but the powerful keying technology is available again, providing much greater tolerance of unevenly lit and wrinkled backgrounds. The Ultra keyer is also accelerated by graphics hardware, so playback remains smooth even with HD footage.

Adobe has been taking the suite approach for years now, and with CS5 this extends even further towards a selection of online services available via CS Live. These include the general CS Review, BrowserLab, Acrobat.com and SiteCatlayst NetAverages, and also the new Adobe Story screenwriting tool. This uses Adobe AIR and must be downloaded from the website prior to usage as it’s not included on the installation discs. It can import files from Final Draft and Movie Magic, but also offers capable screenwriting facilities in its own right. 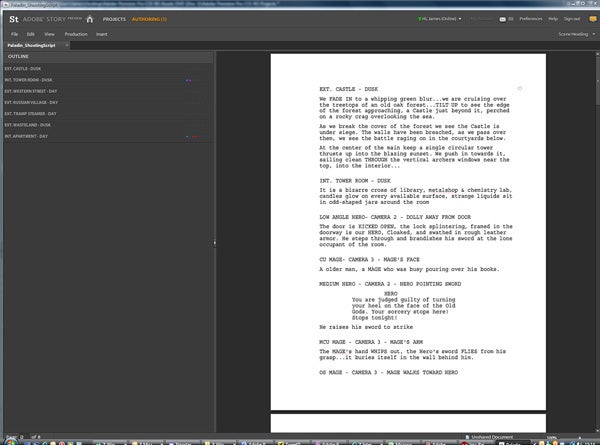 
Most importantly, Adobe Story supports industry-standard tags, which can be imported into OnLocation for use when organising live video capture. The script is included as metadata as well, so each shot will have the associated dialogue included. This can then be used to enhance the accuracy of voice recognition, which was added in CS4 but didn’t entirely impress. When it’s working, this will provide the facility to search for a phrase as text and find the associated point in your video clips.


The final significant improvement is to the Media Encoder, which is faster at loading Premiere Pro and After Effects projects. It now displays information about source footage and output settings. The Automatic mode will match parameters for H.264 and MPEG-2 DVD and Blu-ray output from the TV Standard, Frame Rate, Field Order and Pixel Aspect ratio of the source, and set bit rate based on frame dimensions. The Interpret Footage option from Premiere Pro CS5 is also now available, allowing you to avoid interpolation by, for example, forcing PAL-region video to be interpreted as 24fps, or vice versa. You also no longer need to use the Media Encoder just to grab a frame of video, as there is now a button in the Source and Program preview windows allowing rapid bitmap exportation.


Adobe Premiere Pro CS5 is a huge leap forward. Give it a decent quad-core processor, plenty of RAM and one of Nvidia’s supported graphics cards and the editing experience will be smoother than any PC platform yet. We’ve been using it to edit our video reviews for a few weeks and found it remarkably stable as well. It’s a must-have upgrade for existing Premiere Pro users, with the necessity of relinquishing the 32-bit environment our only caveat. This may well be the version of Premiere Pro that lures a few die-hards away from the competition, too.