Earlier in the year, Acer was one of the first companies to take advantage of Intel’s new CULV processors in creating affordable ultra-portables. Delivering good performance and outstanding battery life, we were delighted by the Acer Aspire Timeline 4810T and gave it a Recommended Award. However, one thing that struck us about the range, was that it was very conservative – almost business like – in its appearance. Now Acer has translated the formula to a genuine business laptop, it’s time to see whether it works just as well. 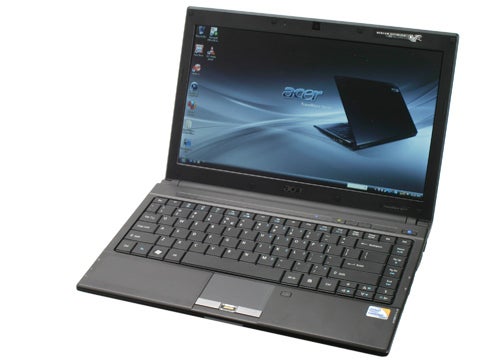 Although the Aspire Timeline’s were already quite restrained, Acer has still seen fit to tweak the design to give it an even more business-like air. It hasn’t done anything drastic, it’s just made the aluminium lid and plastic body a slightly darker shade of gunmetal grey, tweaked the logo design and removed any glossy touches, but the changes are quite beneficial. There’s just something about the darker profile that suits the chassis better.


In common with the 13.3in Aspire version, the 3810T, the TravelMate 8371 doesn’t have an optical drive. This could prove a problem for some people, but when USB sticks, online downloads and other forms of media have become so prevalent, not having an integrated optical drive has become less of an issue. If it’s really a concern a USB drive might be worth considering, or if you prefer an integrated drive, the 14.1in TravleMate 8471 (cousin of the 4810T) does offer one. 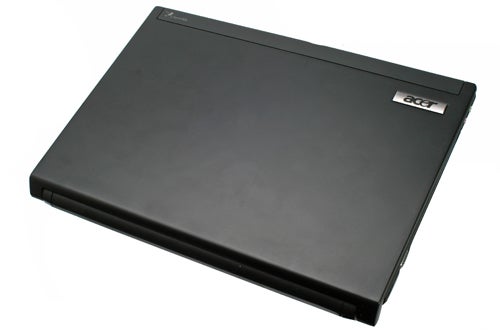 What the 8371 lacks in an optical drive, it makes up for in portability. With its six-cell battery it weighs just 1.65kg which, while not quite featherlike, is a nice weight for any laptop. Clearly its dimensions help portability, too. At 323.6mm across it’ll fit into many a messenger bag and it’s a reasonable 25.3mm at its thickest point, so is fairly skinny as well.


While the 8731’s chassis and basic feature set are broadly similar to its consumer counterparts, there are one or two differences. Most notable is the lack of an HDMI output, ejected in favour of a docking station port. There is one addition, though, in the shape of a fingerprint reader nestled between the two touchpad buttons. This isn’t paired with a TPM (Trusted Platform Module) as is common on many business laptops, but this is no doubt due to cost constraints to meet the aggressive price tag – a mere £710. 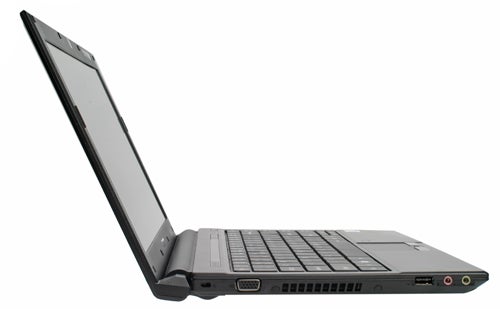 This is a very good price for a business ultra-portable, most of which have always occupied the premium price ranges above £1,000 and sometimes £2,000 or more. This £700 or so price means the 8731 can be economically distributed to mobile workers who might have once suffered with impractical bricks; people who will doubtless appreciate something a little more refined!

There are three versions of the TravelMate 8731: two whose primary difference is the processor (single-core or dual-core) and one that’s like ours except with discrete graphics. We’re looking at the dual-core, Intel integrated graphics version and provided you can stretch to it, it’s definitely preferable to the single-core iteration. Our version, the TravelMate 8371-944G32N, comes with an Intel Core 2 Duo SU9400 that runs at 1.4GHz on an 800MHz front-side bus and has a generous 3MB L2 Cache. 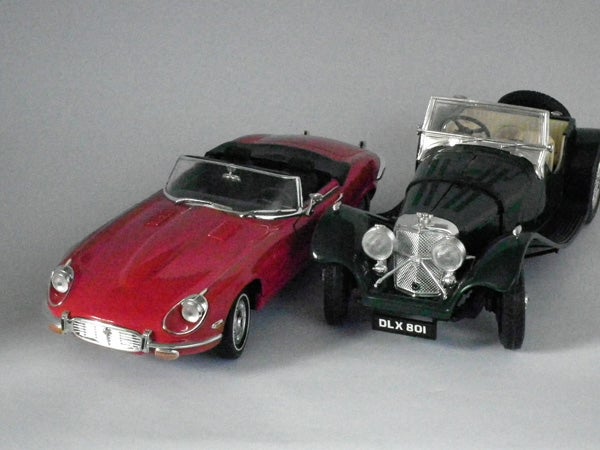 Any comparisons to Intel’s Atom processors should be extinguished right away; not only is the architecture of this processor much faster, its L2 Cache is significantly larger, providing a noticeable speed bump. Acer has also been smart enough to couple this with a fast 7,200rpm, 320GB hard drive. This aids system responsiveness, though not quite as much as an SSD might! This drive is also shock protected, with motion sensors detecting falls in order to protect against data loss. There’s an ample 4GB of RAM on-board, though this isn’t entirely utilised by the 32-bit version of Vista Business installed.


Network connectivity can’t be faulted. Both Gigabit Ethernet and Draft-N Wi-Fi are included and 3G enabled versions are to be sold at a later date. Also included is Bluetooth 2.1, so all the staple technologies of the mobile worker are accounted for.

Physical connectivity is fine, too, though not overwhelming – the price and size of the 8731 dictate this. In addition to the docking port connection mentioned earlier there are three USB ports, the Ethernet port, a memory card reader, a couple of audio jacks and a VGA output. All of which is fine, but we would have really liked at least one of the USB ports given ‘sleep & charge’ capabilities, since this would be invaluable to anyone needing to charge mobile devices on the go.


Still, at this price, it’s hard to quibble with one or two compromises, which is true of the audio visual side of things as well. With a 1,366 x 768 native resolution, the 13.3in display provides ample desktop real-estate, while the bright LED backlighting and anti-glare finish make it useable outdoors. However, these positives aside, there isn’t a great deal to shout about. Viewing angles are okay but not great, as is colour fidelity and sharpness. 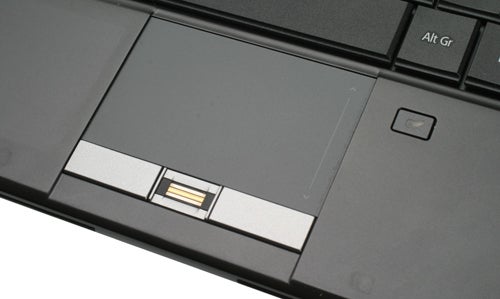 As this is a business laptop, integrated audio comes pretty low down on the list of priorities. Audio is tinny and just about passable for online videos, but useless for anything else. Moreover, whereas the Aspire versions benefitted from Dolby Sound Room and thus improved headphone performance, the 8731 does not.

Given the Timeline series is all about battery life, it seems fitting to start our performance analysis there. And, as expected, the TravelMate 8731 delivers handsomely. In the Producutivity segment of MobileMark 2007 it lasted an incredible six hours and 37 minutes, extending to just over seven hours in the low intensity Reader test. These don’t quite match Acer’s predictions of eight hours or more, but clearly the six-cell, 5,600mAh battery delivers more than enough life for a day out.

Overall performance is pretty solid, too. Admittedly this isn’t the kind of laptop you can edit HD video on and in some cases it can struggle with very high bit-rate HD videos (720p is just fine), but for productivity tasks – i.e. the kinds of tasks the 8731 is meant for – it copes perfectly well. This is particularly true of this dual-core version which, as you can see from the graph following the review, is comfortably faster than the single-core Acer Aspire 4810T-353 we looked at previously.


This is all achieved with nary a whisper from the fan or any discernible heat. Yes, every now and again the fan will spin up, but for the most part the 8731 is faultlessly cool and quiet – as you might well demand from an ultra-low voltage laptop. It’s also a very well put together machine; there’s a sense of solidity to the chassis that’s greatly enhanced by the aluminium lid.

This quality extends to the keyboard and touchpad, both of which are very good. Key response is crisp and positive and the layout generates no meaningful complaints. We’d prefer the touchpad to not occupy such a central position, but there’s a button for deactivating it if it gets in the way.


In truth, then, the TravelMate 8731 is much as we anticipated. It has the awesome battery life we saw previously, but mixes this with a few well-selected business features. There are plenty of things that could arguably be added to the 8731, such as TPM security and an optical drive, but they would inevitably push the price up – defeating the object entirely. As things stand, you’d be hard-pressed to find a business ultra-portable that offers such an excellent battery-powered usage time for such an affordable price. 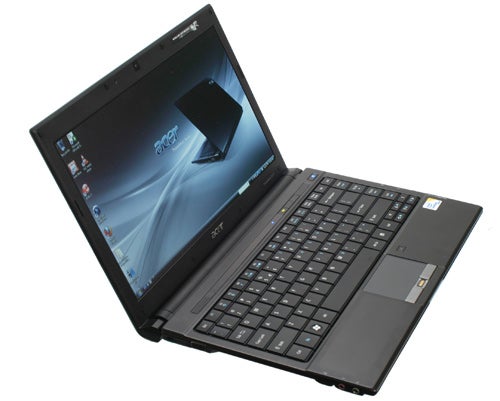 
If you’re a businessman who has always wanted an ultra-portable but couldn’t justify the expense, the TravelMate Timeline 8731 should make you very happy. Its outstanding battery life and realistic price are its best points, but it also retains enough important features that you won’t feel too hamstrung.

From PCMark Vantage we can see the dual-core processor in the 8731 provides a significant boost compared to the single-core Acer Aspire Timeline 4810T-353. It even compares reasonably well to the HP Compaq 2230s. Overall, performance is more than ample for productivity tasks, though this isn’t a system for CPU intensive tasks.

Battery life is the 8731’s real strength, where it slaughters the HP and its more power hungry processor.

Over seven hours in the Reader test is an astonishingly good result, only matched by its close relation, the 4810T.