The X960 is one of a trio of Windows Mobile powered smartphones that Acer has introduced off the back of its purchase of Glofiish. We were quite fond of Acer’s higher end F900 as it proved to be a cost effective alternative to HTC’s Touch HD, so we were keen to see how the X960 would stack up in comparison. 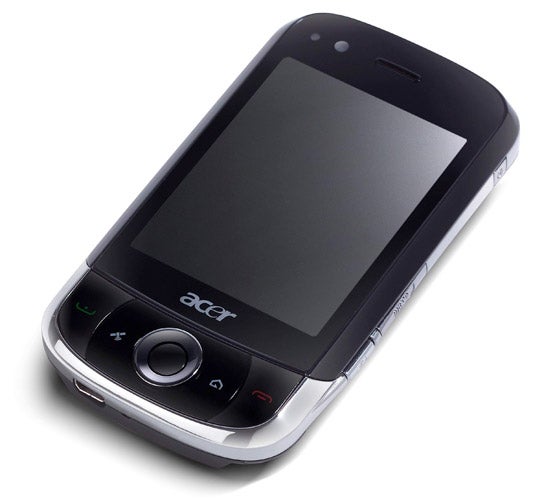 Whereas the F900 fits in at the premium end of Acer’s range, the X960 is aimed more at the mid-range of the smartphone market. Looks-wise it’s not exactly what you’d describe as a beauty. Most of today’s smartphones aim to be as sleek as possible with smooth, clean unbroken lines, but the X960 looks somewhat old fashioned with bits poking out here and there.


The chassis also feels a little on the plasticky side even though the phone is relatively heavy at 132g, so we’re not sure how much abuse it will stand up to long term. That said, we do like the piano black finish on the front and the way the chrome band runs all the way around the edge of the phone. 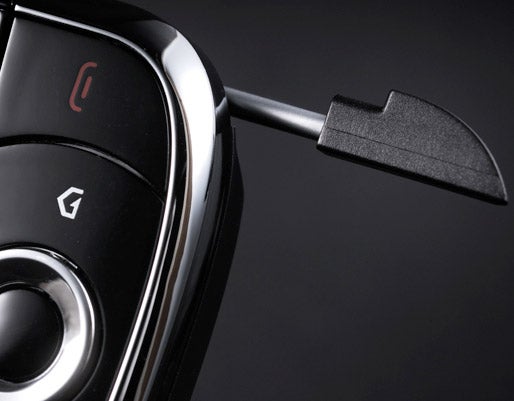 The handset also has plenty of hard controls with a large, circular control pad on the front that’s flanked by two call buttons, a home key and a dedicated button for the built-in GPS functionality. The right hand edge also houses a power button, camera key, telescopic stylus and a flap that gives you access to the microSD card slot. The left hand side, on the other hand, is home to the volume rocker switch, plus a programmable button that by default is set to launch the voice recorder. Sadly there’s no standard headphone jack. Instead the mini USB port on the bottom of the phone is used for connecting the supplied headset as well as charging the phone via the wall charger and synching it with a PC.


When it comes to the display, the X960 puts in a decent showing. The touch-sensitive resistive screen is bright and has a relatively high resolution of 640 x 480 pixels, but as the display measures only 2.8in, text, icons and the onscreen keyboard look rather small and cramped on their default size settings. The handset also lacks an accelerometer so it can’t automatically switch from portrait to landscape mode when you turn it on its side when using applications like the picture viewer or web browser.

Like its sibling, the DX900, this handset is built around a Samsung SC3 6400 processor that ticks over at 533MHz. There’s 256MB or ROM and 128MB or RAM and once you’ve let the phone install all the bundled applications (a larger onscreen keyboard, streaming media player and backup software) at start up you’re left with 80MB of storage space so you’ll definitely need to make use the of the microSD card slot to add a bit of extra space for your apps and files. 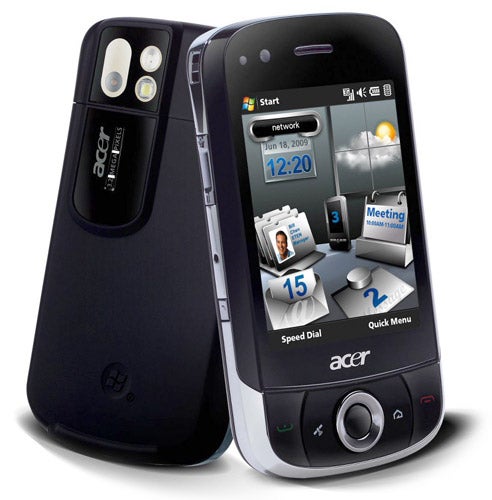 The phone’s main strength is its range of connectivity options. It’s quad-band so you’ll be able to use it abroad without any problems and it supports HSDPA for fast web access when you’re on the move. There’s also Wi-Fi and Bluetooth 2.0 as well as GPS. There’s no navigation software supplied, but Google Maps is preloaded and the phone’s SiRFstar III chip worked a treat – it was quick to lock on to satellites and establish our correct location. Call quality was also pretty good as the earpiece is nice and loud and the mic avoids picking up too much background noise. 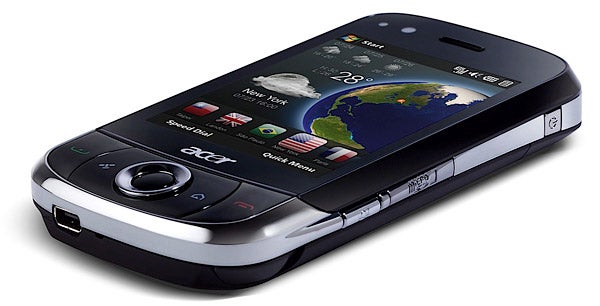 Unlike a lot of the newest smartphones, the X960 includes a front-facing camera as well as the main shooter on the rear so you can use it for 3G video calling or video conferencing with messaging applications like Skype. The rear-mounted camera has a 3.2-megapixel resolution and features both an LED flash and a micro mirror to help you take self-portraits. However, the shots it takes are of run-of-the-mill cameraphone quality. Photos lack detail and even with the flash turned on it struggles to produce usable shots in low light conditions. Still, it’ll do for quick snaps when you haven’t got a proper camera to hand.

The X960 runs Windows Mobile 6.1, but like most of those manufacturers that use this operating system, Acer has decided to add its own touch-based interface over the top in an effort to hide some of WinMo’s more obvious deficiencies and help make the handset a bit more finger-friendly.


The interface is called Acer Shell and is presented as a virtual desktop that extends over multiple different screens. This virtual desktop has a number of items positioned around it that act as icons for calling up various applications. For example, tapping on an open envelop takes you to the email application, pressing the photo frame takes you to the picture viewer and selecting the calendar shows you your upcoming appointments. 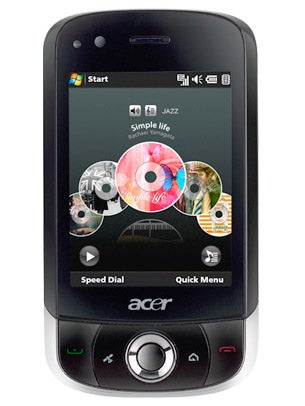 One nice touch is that many of these icons are active. For example, the picture frame always shows the last picture you viewed and the rollerdex display the last contact you called. It has to be said, though, that for the most part the graphics look a bit dull and amateurish and certainly Acer Shell is a long way from the slickness of HTC’s TouchFlo interface. Plus, many of the icons aren’t good representations of the applications or functions they launch. Why would you associate a jar of pens with the settings menu, for example?


Windows Mobile devices rarely excel in terms of battery life and unfortunately the X960 is no different in this respect. Despite using a largish 1530mAh battery pack it only managed to keep running for a single day with medium usage for calls, web browsing and emailing. That’s a below par performance as in our experience most other Windows Mobile phones in this class managed to eek out a bit more from their battery packs.


All in all it’s hard not to feel that the X960 is a bit of a disappointment, especially after Acer managed to do such a good job with its sibling, the F900. The fact of the matter is that the X960 feels like a rather dated handset both in terms of design and the software shell Acer has loaded over the top of Windows Mobile 6.1. It’s rescued somewhat by its good connectivity, but overall we have to say that there are plenty of other Windows-based smartphones on the market at the moment that we’d buy before considering the X960.