The M900 is the last in the line-up of three new smartphones that Acer showed off at the Mobile World Congress 09, but it differs significantly from both the F900 and the X960 that have gone before it.


The M900 has two main features that help it stand out from the smartphone crowd. The first and perhaps most striking is its extremely large screen. Measuring 3.8in across the diagonal it’s one of the largest we seen on a smartphone (matching that found on HTC’s Touch HD). The display’s resolution of 800 x 480 is also impressive and means you’ve got a lot of screen real estate to play with which translates into less eye strain when you’re using it for long periods to view and edit Word documents or Excel files on the go. 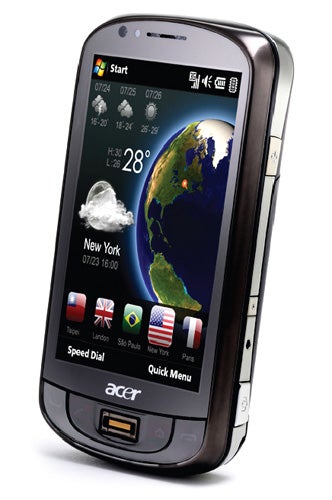 The other key defining feature is the slide out keyboard. Similar to handsets like the Sony X1, HTC Touch Pro2 and Nokia E75, the front face of the M900 slides away from the main body of the phone to reveal a full QWERTY keyboard.


The keys are relatively large and each line is angle away from you so as to provide a raised edge for you fingers to fall on. But although the keys are reasonably responsive, it’s not all that easy to get up a decent typing speed mainly because the keys are lined up tightly next to each other. As a result it’s difficult to distinguish between individual letters when you’re tapping away at speed with your fingers and thumbs. Compared to the keyboard on the Touch Pro2, the one on the M900 certainly comes off second best. Also, unlike the Touch Pro2, you can’t angle the screen upwards once the keyboard is open, which is a bit of shame. 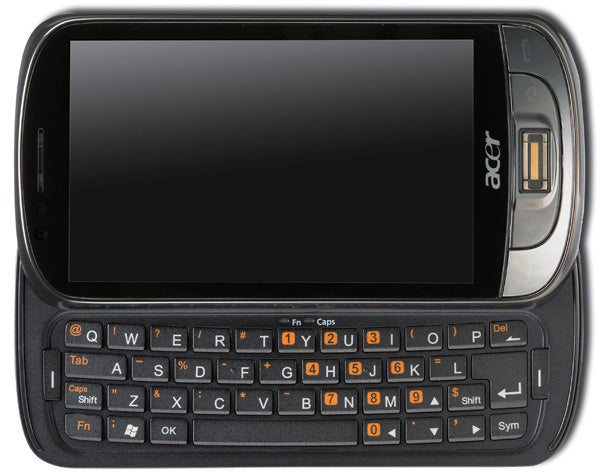 The large screen and keyboard have a significant knock-on effect on the overall size and design of the handset. To call it big-boned would be putting it mildly. Even by the standards of keyboard-equipped phones, this one is big and heavy. You’ll definitely be putting this in a jacket pocket rather than a shirt pocket. The ungainly styling doesn’t help matters either with the buttons and camera poking out from the case rather than being mounted flush like on most modern handsets. In fact, the whole design approach gives the handset a somewhat dated look and feel.

What’s more, like the X960 that we looked at last week the M900 also suffers from a plasticky build quality. Although the sliding mechanism for the keyboard feels sturdy, the rest of the chassis is mostly made from plastic which creaks and bends more than it should when you apply pressure. It certainly doesn’t make you over confident that it will stand up to the bumps and scrapes that any smartphone is likely to experience through the working day. 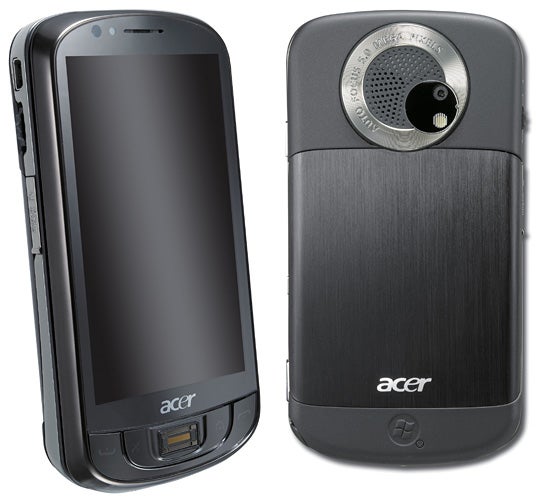 One neat feature of the phone is the fingerprint scanner that’s nestled below the screen. You can set this up so you have to scan your fingerprint to gain access to the device either when it’s initially tuned on or after it’s gone into standby mode. You can also set up a fingerprint protected private folder and use it to protect PIM data held in the Calendar, Contacts Book and Inbox. As well as this, the scanner also doubles as a d-pad control or scroll wheel if you can’t be bothered to use the touchscreen for navigation.


As with Acer’s other smartphones, the M900 uses a Samsung S3C 6410 processor clocked at 522MHz. This is backed by 128MB of RAM, which is a bit stingy by today’s standards. The Touch Pro2, for example, has 288MB of RAM – more than double what’s on offer here. It also means there’s some noticeable slow down when switching between several heftier applications.

Nevertheless, connectivity is good with quad-band GSM support alongside HSDPA and Wi-Fi for fast web browsing on the move. Naturally there’s also Bluetooth for use with car kits or stereo headsets and as with most of today’s smartphones it also has GPS onboard. It uses the SiRF Star III chip for GPS so it’s pretty speedy at picking up your location from a cold start.


On the rear you’ll find a decent 5.0-megapixel camera with autofocus and an LED flash. Pictures taken outdoors or in good indoor lighting conditions look pretty good, but despite the presence of an LED flash, darker indoor shots don’t look too hot. There’s also a VGA camera on the front so you can use it to make video calls over 3G or for video conferencing in applications like Skype.

Call quality was generally good as the M900’s earpiece is nice and loud while the mic does a decent job of making speech sound clear and distinct even with a fair degree of noise going on in the background. Battery life, however, isn’t so good.


As you would expect, that big screen tends to drain a lot of battery power. We managed to get around a day out of it before it was begging to be plugged into the mains for a top up, which is significantly less than the Touch Pro2, which managed around two days before needing a recharge. 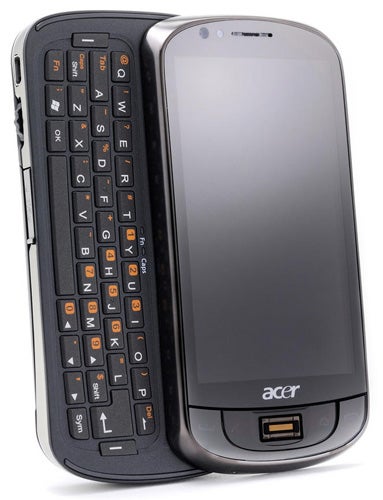 As with all of Acer’s current smartphones, the M900 is built around Windows Mobile 6.1, but Acer has added its own interface over the top in an effort to hide away some of WinMo’s less desirable interface elements. Called Acer Shell, this presents you with a virtual desktop laid out across three screens with various office items stream around it. Tapping on these items launches corresponding applications or opens up various settings screen. It works well enough and there are some nice touches such as the way the photo frame and rollerdex icons always show the last picture and contact that has been accessed. However, the graphics are a bit boring and the whole system is a long way from the slickness of HTC’s TouchFlo interface.


The M900 is not a bad handset but it’s let down by its chunky dimensions and less than impressive build quality. However, the biggest issue with this phone is that it just doesn’t offer anything that isn’t done better on HTC’s impressive Touch Pro2. That device is smaller yet has a better keyboard, a sexier design and more sturdy build quality. As a result it’s hard to see why anyone would choose the M900 over it.