Acer is now the fourth largest PC maker in the world, but it hasn’t managed to recreate that kind of success in the world of mobiles. Sure, it has launched some decent phones in the past such as the Liquid Mini and Liquid Metal, but it’s been quite a long time since an Acer phone crossed our reviews desk. Now, however, the CloudMobile S500 has dropped out of the sky and into our laps. It’s essentially mid-range Android handset with a dual core 1.5Ghz processor and a high resolution 4.3inch screen. However, the mid-range Android market is pretty crowded at the moment, so can the S500 muscle its way in?

First impression of the phone are very good as it’s by far the best looking handset Acer has ever produced. The company has managed to take some of the style that its laptops have become known for and transfer it across to this mobile. In fact it’s one of the best looking Android phones we’ve seen in a while. Key to its good looks are the curved, metallic end plates at the top and bottom of the phone, its slim dimensions and the dimpled pattern on the rubberised battery cover. 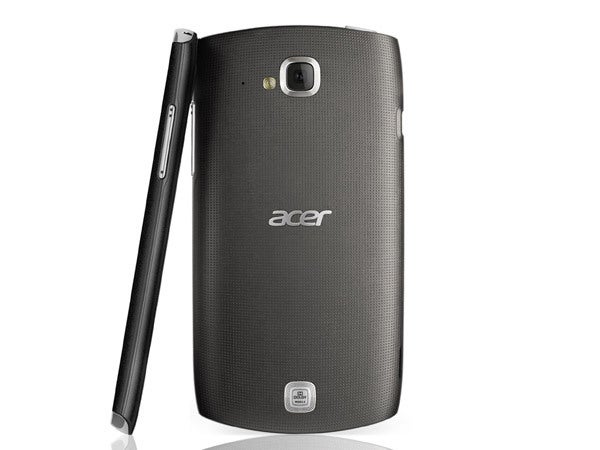 Interestingly the S500 doesn’t have any touch buttons beneath the screen. Instead they’re just integrated into the display so they change orientation when you flip the phone from portrait to landscape mode. In fact, the phone only has two physical buttons – the power button, which also doubles as a lock switch, and the volume rocker switch. The former has been sited on the top of the phone across from the standard 3.5mm headphone jack, while the latter sits on the right hand edge.

Unlike most Android phones, the microUSB port if found on the left hand side rather than at the bottom. Naturally it’s used for charging and syncing the phone with your computer, but it’s also an MHL compatible, so if you buy an adaptor (for around a fiver from eBay) you can output video to a TV via HDMI. We tried it with a generic MHL adaptor and it worked without any problems. It mirrors what’s shown on the internal display to the TV, but if you play a video it’ll output it in full 1080p HD to your telly. 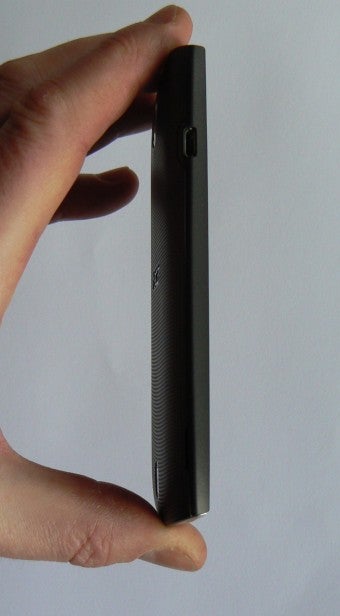 Prise off the cover on the rear and you’ll find that there’s a removable battery inside, as well as a microSD card slot. This accepts cards of up to 32GB in size allowing you to boost the phone’s internal 8GB of memory. The S500 also uses a microSIM slot, so if you haven’t had your Sim card chopped down yet, you’ll need to get this done to use this handset.

It’s taken quite a while for the Acer CloudMobile S500 to actually make it to market — it was first demo’ed back in February — and this shows up somewhat in the version of Android that’ it’s running. Instead of using the latest Jelly Bean release, as found on the likes of the Samsung SIII Mini, it comes with Ice Cream Sandwich instead. Seeing as getting OS updates on Android is so hit and miss we always like to see mid and high-end phones arrive with the latest version, so it’s a bummer that Acer has missed the boat with this one.

Nevertheless, the company has introduced some changes to the standard Android user interface. For example, the lock screen has shortcuts at the bottom for the dialler, camera messaging app and Gmail, so you can launch them directly without first unlocking the phone. Also the unlock animation has a neat venetian blind effect and the shortcuts are customisable via the My Style app. 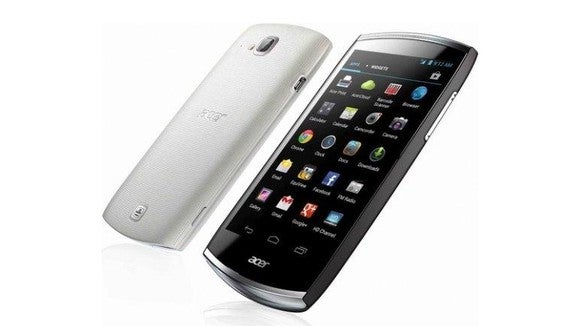 The phone uses the Swype keyboard by default, so you can glide across the letters in a word in a single motion to enter them rather than having to type each one individually. There are some annoyances though. For example, you can’t flick away alerts in the notification menu, as you’re supposed to be able to do in ICS,. 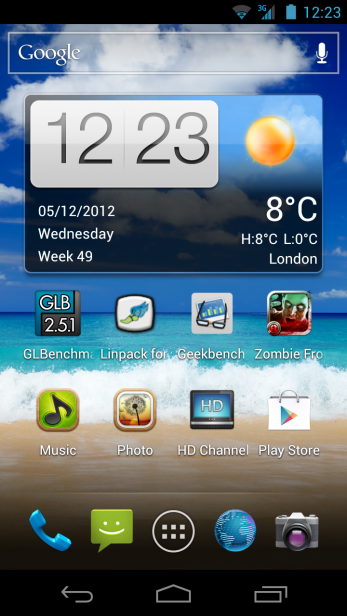 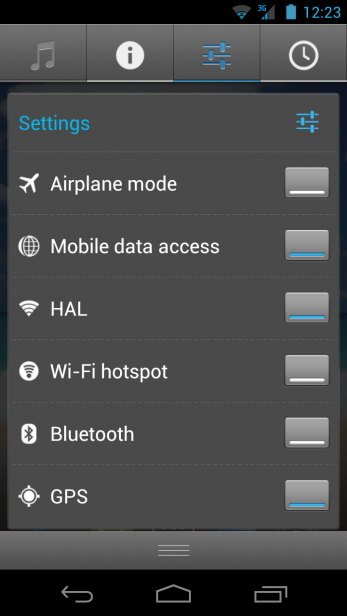 The S500 includes software linked to Acer’s Cloud service, hence the Cloud Mobile reference in its name. This basically allows you to automatically sync photos, music and documents to the cloud from either your computer or the phone so they easily accessible from any connected device. It’s a good idea, but the problem is that it’s not all that well implemented and basically you can get pretty much the same type of service using Google’s own apps, which are more mature and stable.

The brains of this handset come courtesy of a dual core 1.5Ghz Snapdragon processor and this has 1GB of Ram to play with. It makes the phone pretty nippy to use, but because it lacks the Jelly Bean version of Android, it doesn’t feel as silky smooth as the Galaxy S3 Mini to use, even though that phone has a slower 1Ghz dual core processor. Jelly Bean does make a massive difference, simply because it makes the Android UI so much more responsive. To be honest the lack of Jelly Bean on this phone is really off putting as it suffers the same interface stutters as most other ICS phones – something that Jelly Bean has thankfully seen the back of. 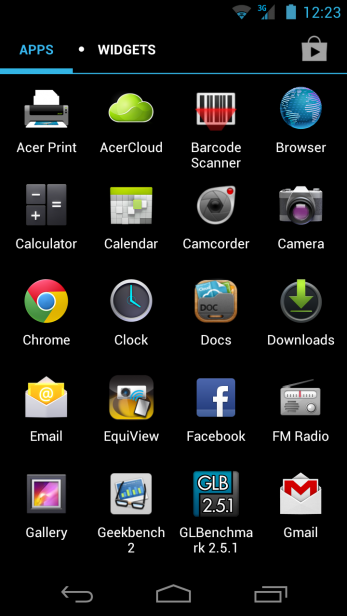 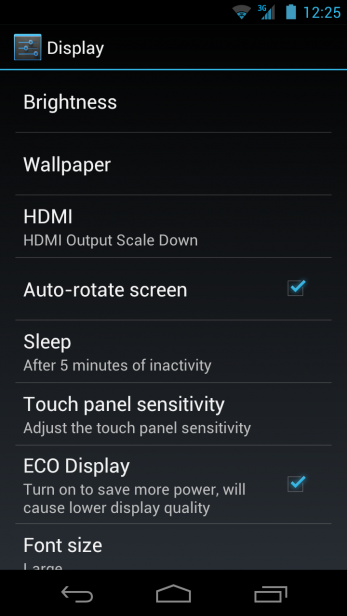 Its benchmark scores are pretty rapid though. It completed Sunspider in 1610.8ms and posted a score of 1692 in Browsermark V2.0. In Linpack it returned a result of 204.693Mflops, while in the GLBenchmark Egyptian Standard test it held a steady 50fps.

Unfortunately, the camera is a real let down and just not up to the quality we’d expect on a handset in this price range. Colours tend to look rather weak and anaemic in pictures taken outdoors. It also struggles with exposure when you’ve got stuff like a bright sky in the background and darker objects in the foreground. 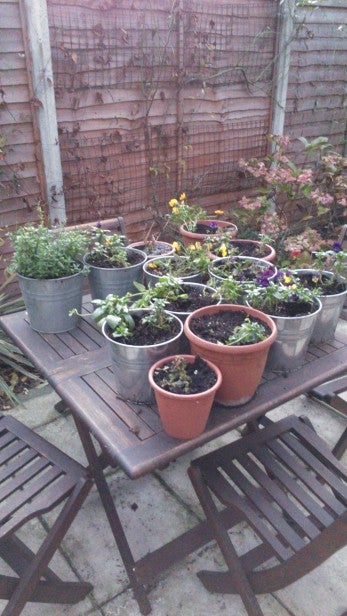 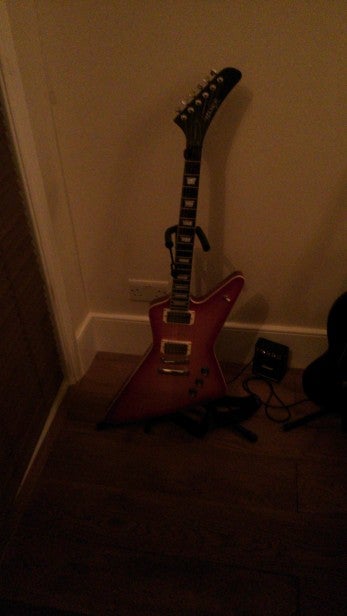 Another annoyance is that when you’re taking shots with the LED flash enabled in very low light it’s extremely difficult to get it to focus properly. Most cameras light the flash to help them with focus, but the S500 doesn’t seem to do this properly and as a result it only randomly seem to get low light shots into proper focus. This is something that Acer needs to address with a software update.

Its battery performance isn’t amazing either. You’ll just about get about a day out of it with normal usage, but a lot of other Android handsets will stretch to an extra half a day. We had no problems with signal strength or call quality though. In fact, the phone performs admirably in this area.

The screen is also ace. It may be smaller than those found on the Galaxy S3 and Nexus 4, but its 4.3inch size arguable makes the phone more manageable and comfortable to hold. Also its resolution matches that of the Nexus 4 at 1,280 x 720 pixels, but because it’s a smaller display its pixel density is actually higher. It’s bright too, and colours are very bold and vivid, without veering into the slightly unnatural look you get on some phones with OLED displays.

Verdict
The Acer CloudMobile S500 is in many ways a likable handset. It’s got a fairly speedy processor, a stunning screen and a gorgeous design. However, it’s hugely disappointing that it only comes with the older Ice Cream Sandwich version of Android, its camera is weak and its battery life is below par. 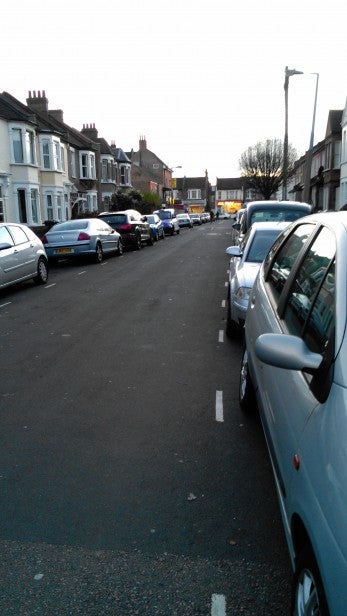