What is the Acer Chromebook Spin 13?

Acer has long been at the forefront of the emergence of Chromebooks and with the Spin 13 it’s looking to step things up a gear.

It includes an all-metal chassis, a Gorilla Glass touchpad, Intel Core processors and a flip-round touchscreen that gives it its name.

Despite all these premium features the Acer Chromebook Spin 13 is still only set to start at around $500, which is around half what you’d pay for a similarly swanky Windows machine.

This is a great-looking laptop thanks to an all-metal exterior that gives it both a premium look and a sturdy feel.

It’s also a strangely tall laptop because Acer has opted to use a 3:2 aspect ratio screen rather than a more conventional 16:9 aspect. This is the same as the Google Pixelbook, and it makes the Chromebook Spin 13 a bit more practical to use in tablet mode. 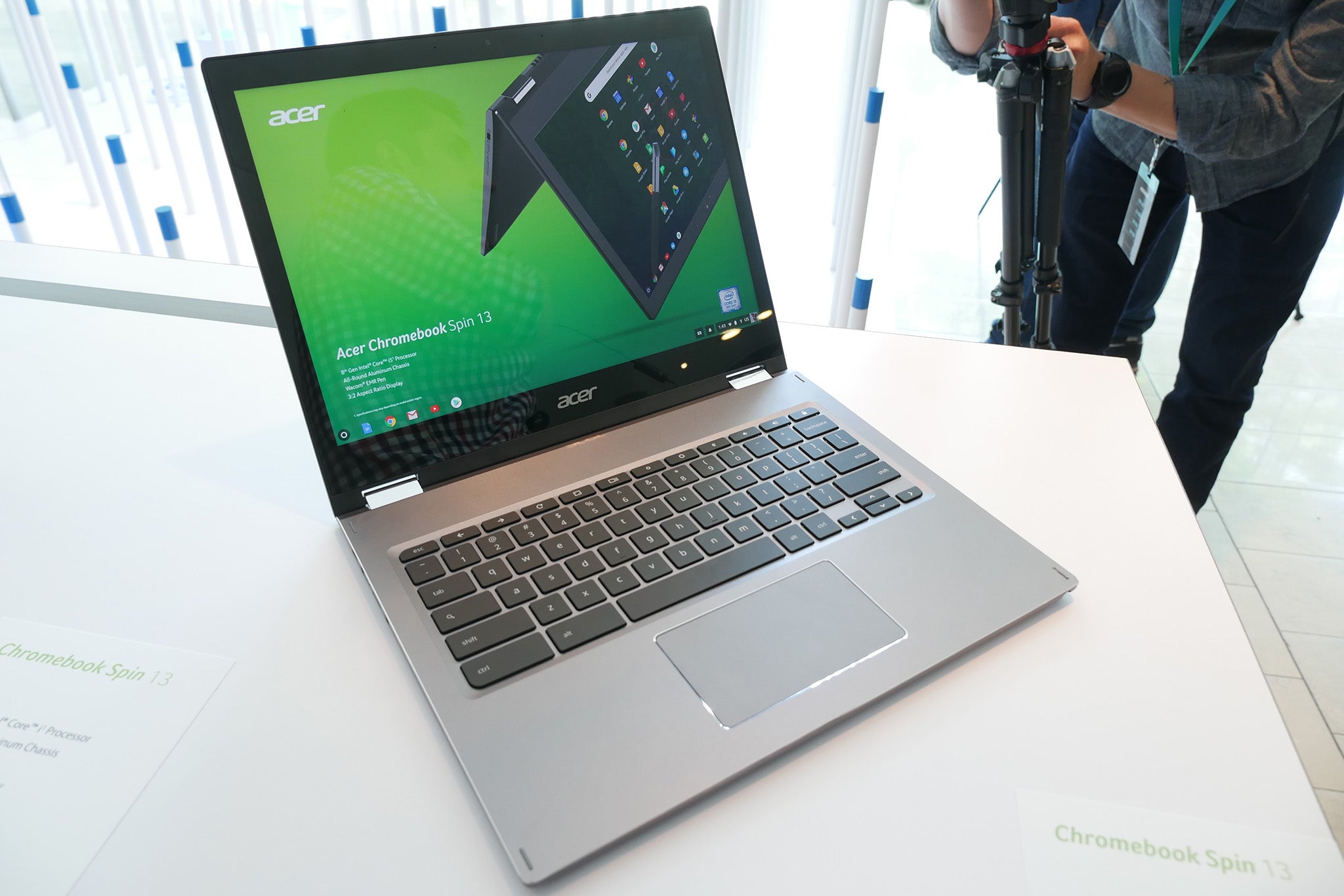 Also included is support for Wacom styli, so you can really make the most of the tablet mode by drawing and writing on it.

The hinge also seems to work well, though the real proof of these devices is how they hold up in slightly longer term use, so we’ll just have to see on that front.

The overall premium vibe continues with the keyboard and trackpad. The former feels of a certain quality and includes backlighting while the latter has an etched Gorilla Glass surface that makes for effortless finger-gliding and an even, responsive click. 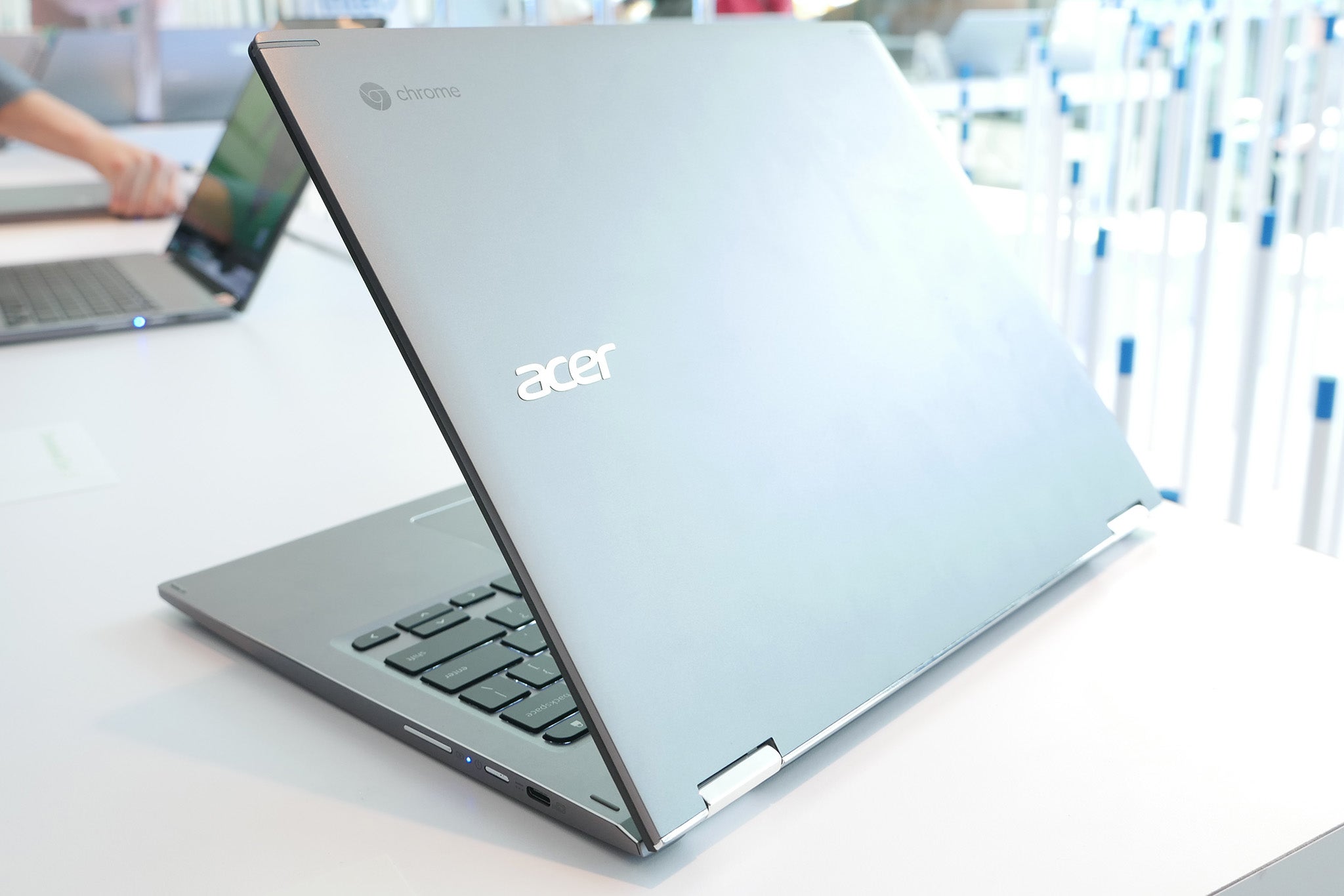 Connectivity has never been something Chromebook’s are known for and sure enough the Spin 13 doesn’t go overboard. Nonetheless, you still get a couple of USB Type-C ports, which also power the device, one USB 3.0 port, a microSD slot and a headphone jack. On the right edge there’s also the power button and volume rocker.

One of the key features of this laptop is its use of powerful Intel Core processors, making it one of the faster Chromebooks available. There will be options for the latest Core i3 and Core i5 chips, as well as up to 16GB of RAM and either 32GB, 64GB or 128GB of storage.

Acer is yet to reveal the expected Acer Chromebook Spin 13 battery life. 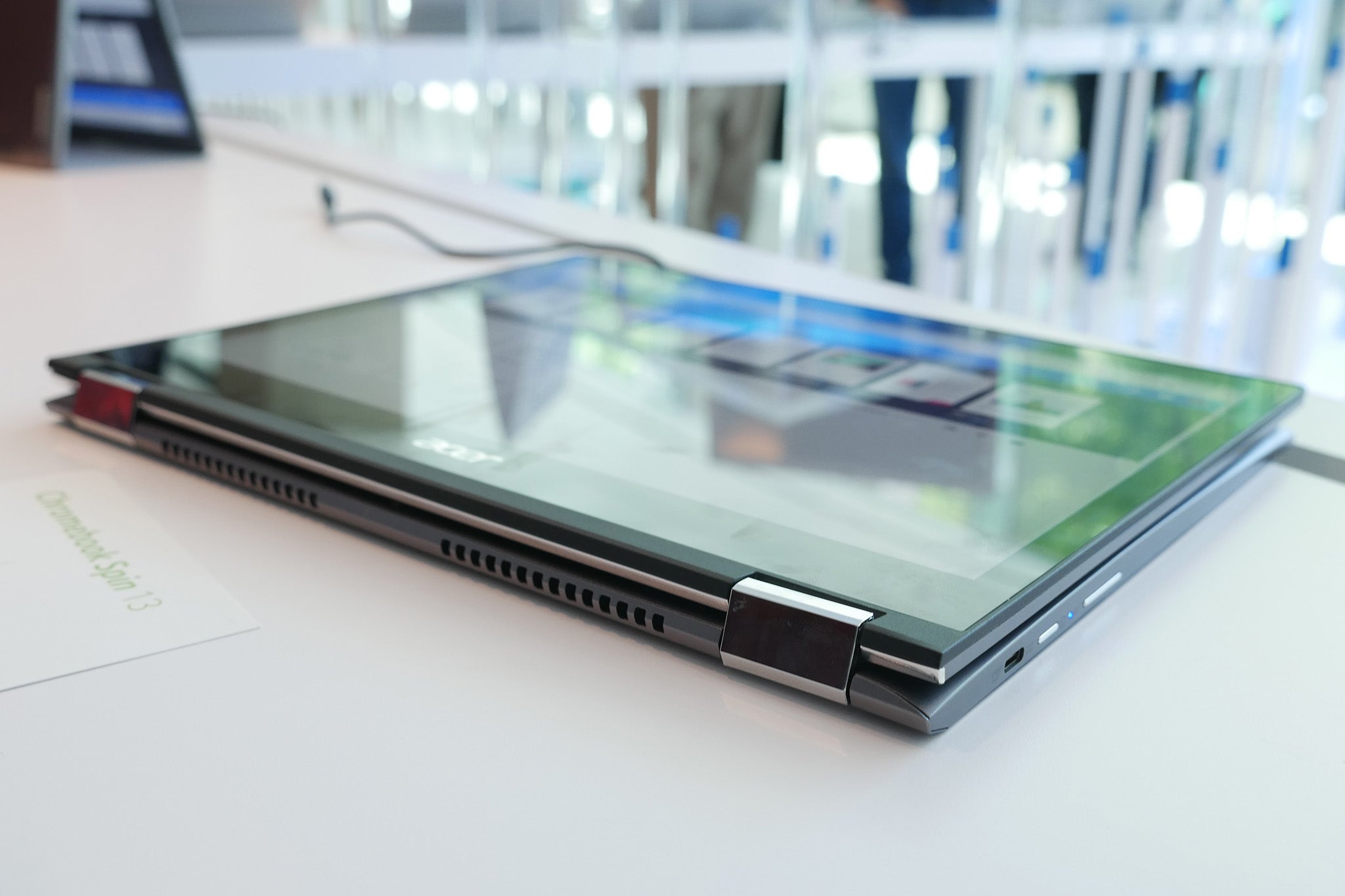 The Chromebook Spin 13 has only just been announced so Acer hasn’t revealed details of its exact release date yet. However, it has said the laptop will start at $400 for a non 2-in-1 variant, with the convertible version costing $100 more.

The combination of a premium set of features and a low price are sure to make this a tempting device for many. Windows devotees won’t be convinced but for casual computer users that still want a quality device it could be ideal.