Design
Since both Aspire Timeline U M3s share the same chassis we’re covering old ground here, so for our full impressions have a read of the 581T review. To summarise though, the 581TG-6736 maintains its ultrabook status with a relatively slim 21mm thickness, and it’s very portable for such a large machine with some weighty components (optical drive, HDD, etc) at a mere 2.1kg.

Clad in minimalist gunmetal-grey the Aspire Timeline U M3 looks the part – though it has more of an executive than gamer vibe, lacking the flourishes, LED lighting and ‘bling’ factor often seen on gaming machines. 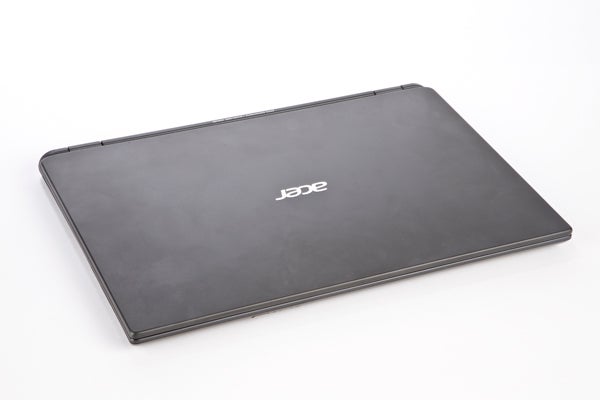 Its all-metal lid is matched immaculately by the plastics Acer has gone with on the rest of this Ultrabook’s body, to the extent that they’re visually almost indistinguishable. Build quality is pretty good throughout, with the plastic parts feeling just as solid as the lid.

Connectivity
Unfortunately, connectivity also remains identical, with everything located at the laptop’s rear. The selection on offer is good enough, with an SDXC memory card slot, optical drive, twin USB 2.0 ports, a single USB 3.0, full-size HDMI, Gigabit Ethernet and headphone/microphone jack. However, having it at the back not only forces you to stand up and loom over the top of the machine if it’s sat on your desk with any peripherals attached, but it also makes it far too easy to bend or even break memory sticks when you lift the laptop.

While we’re on the topic of awkward locations, the Aspire Timeline U M3 Ultra’s power button is also quite difficult to access, hidden at the front under the palm rest’s lip. Obviously, once you know it’s there it stops being much of an issue, but you’ll still need to feel where it is every time you want to turn your laptop on. 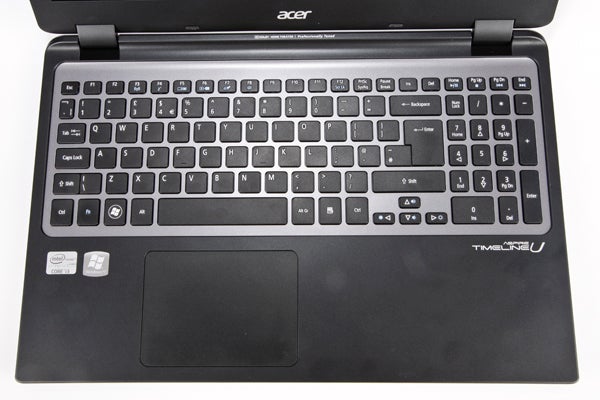 The large touchpad is as smooth and sensitive as you could want, though on occasion the cursor does jump if you’re trying to right-click. Its integrated buttons give little reason for complaint.

Mind you, the screen’s by no means terrible and that extra money has mainly gone to the insides anyway. Its glossy finish causes annoying reflections but also gives colours that bit of extra verve and further enhances the already fairly deep blacks. 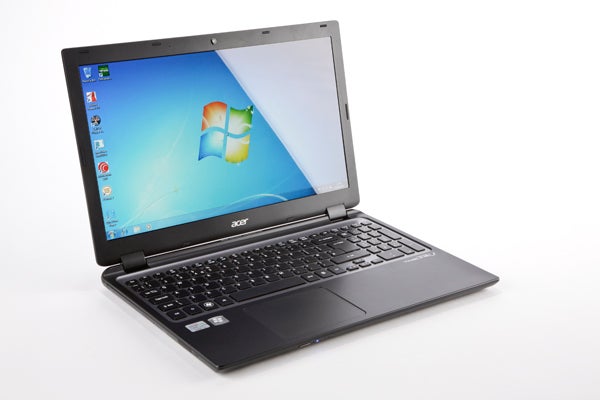 Dark detailing is also good if not perfect, as only the darkest shades are indistinguishable. You may lose a tiny bit of detail in gloomy games. Last but not least, though vertical angles are dreadful (meaning you need to tilt the screen carefully), vertically they’re quite strong with only the merest hint of contrast shift.

Speakers
Surprisingly accomplished for what is, after all, a budget chassis, the Acer Aspire Timeline U M3 581TG’s speakers pump out quite a bit of volume without compromising too much on quality. Gamers and music-lovers may wish to resort to headphones, but it’s possible to do without. 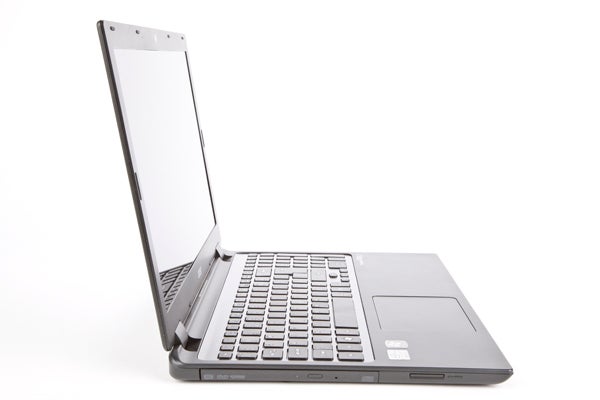 Performance
Like the 581T-32364G34Mnkk, the Aspire Timeline U M3 Ultra version with dedicated GeForce graphics is available in several flavours, sporting a mixture of Core i5 and Core i7 processors, and pure SSD or hybrid SSD storage. 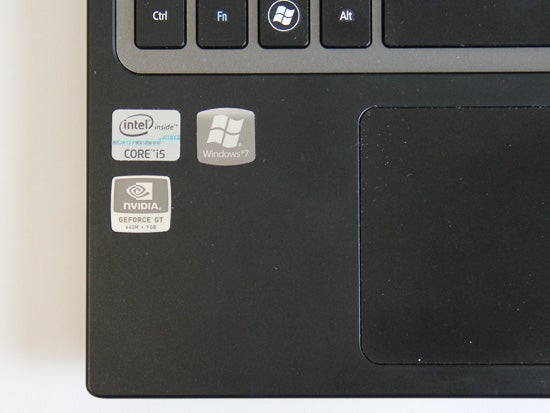 Gaming
Of course, the single most interesting bit about this Acer Aspire Timeline Ultrabook is its GeForce GT 640M video card with 1GB of dedicated DDR3, which makes this the first Ultrabook we’ve seen that gamers shouldn’t avoid like the plague.

As you can see, the GT 640M gives a very significant boost over Intel’s integrated graphics, and in Stalker it provides 54.2fps at the screen’s native 1,366 x 768 resolution and with details maxed out. More importantly, the minimum frame rate never fell below 20, giving a consistently smooth experience.

Better yet, in that old chestnut Crysis it managed playable frame rates too, though cranking them up to native res and max detail like with Stalker resulted in an unplayable 20fps average. 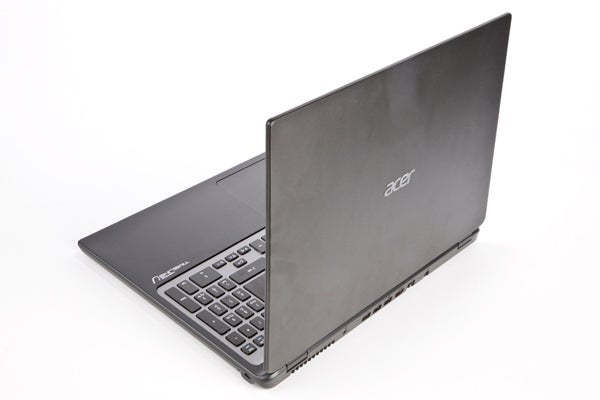 In other words, if you’re not too demanding the affordable Acer Aspire Timeline U M3 581TG-6736 will suffice as a modest gaming laptop, without the weight and bulk usually associated with a dedicated portable games machine. That’s not to say you can’t get a laptop with better specs and a more powerful GPU for the money, but rather that it won’t be an Ultrabook.

Battery Life
Like its predecessor the 581TG-6736 lasted over seven hours away from a socket on a charge [mixed workload at 40 percent screen brightness and with wireless radios disabled], which is a very impressive result by both Ultrabook and 15.6in laptop standards. Keep in mind that, as with most of its kind, the battery is not user replaceable, and this figure will go down if using its dedicated graphics. 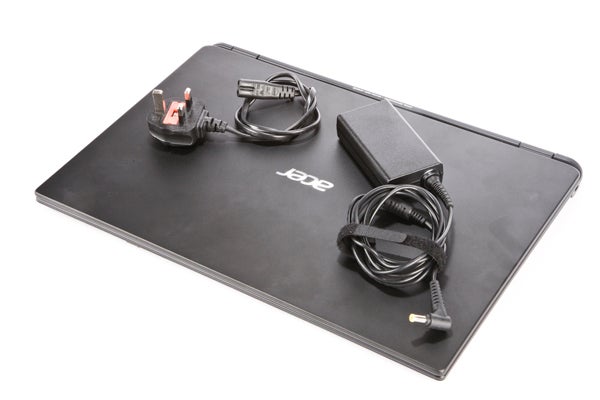 Value
Where value is concerned, the £630 Timeline U M3 581TG is a straightforward proposition due to the current lack of competition. There are very few Ultrabooks with dedicated graphics for under £1,000, and even fewer with a card as relatively capable as the Nvidia GeForce Series 6 ‘Keppler’ GT 640M. In a field with no contestants, the 581TG is champion by default.

Verdict
The Acer Aspire Timeline U M3 581TG is something pretty special. Not because it’s particularly good-looking, has a great screen or is especially well-connected – it’s none of these things. But rather because, if you can live with its awkward rear-only connectivity, it’s in every respect good enough and, when it comes to gaming, no similarly-priced Ultrabook even comes close thanks to its use of an Nvidia GeForce ‘Kepler’ GT 640M.