If you’re a regular reader of TrustedReviews you might have spotted Gordon’s news piece on the Quiet OTES boards from ABIT a while back. The first board to be reviewed here is the AN8 Ultra which is based on the nVidia nForce4 Ultra chipset. It is really just a modified version of the AN8 with the addition of the chipset heatpipe cooler using the Ultra version of the nForce4 chipset rather than the standard version. This might still be enough to convince users looking for low noise components to consider it – after all, just because you want a fast machine, doesn’t mean you want a noisy one. 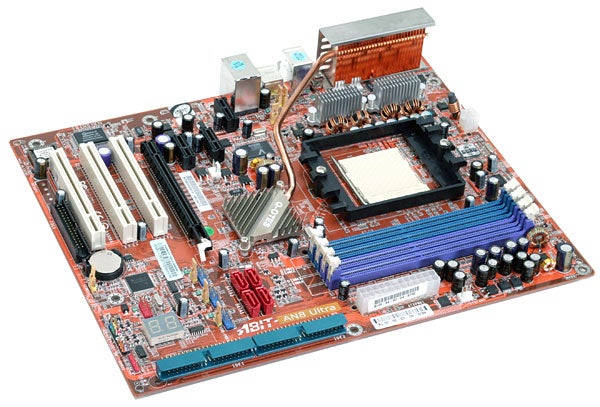 I’m not overly surprised to see a heatpipe solution on a motherboard, especially considering how hot some of the current chipsets can get. However, the nForce4 Ultra chipset is far from the worst heat producer so this might just be slight overkill. That said, it does look quite cool (no pun intended) and any heat produced by the chipset is moved away from it to the rear of the motherboard were it is exhausted through the back of the case. This means that there is a limited amount of ports at the back of the motherboard due to the fact that there is a big heatsink to which the heatpipe is connected. The heatsink takes up about half of the space were you would normally find the various ports and connectors on the back of a motherboard. To prevent anyone touching the heatsink from the outside by mistake the I/O shield has been fitted with a protective mesh – it looks a bit strange, but then you don’t want anyone burning themselves when plugging cables in. 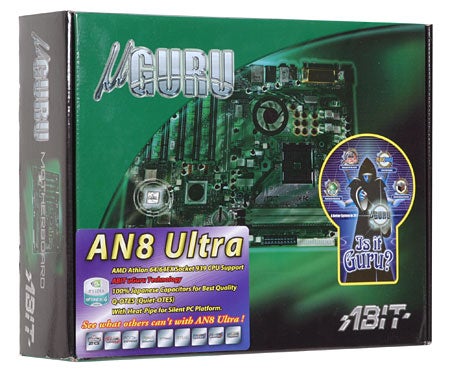 ABIT has also added passive cooling to the MOSFETs in the shape of two fairly small but tall heatsinks. There are plenty of spare fan connectors on this board due to the passive chipset cooling, but oddly enough the two fan headers just below the heatsink at the rear of the board don’t seem to work. Besides the fan header for the CPU cooler there are three spare connectors for case fans. It is important to have good airflow in your case when you’re using passively cooled components in your PC, so adding a couple of case fans might not be a bad idea.

Cooling aside the AN8 Ultra is a fairly decent motherboard, it doesn’t have all the bells and whistles but it has all the features you’d expect and then some. One of the more interesting features of this board is ABIT’s AudioMAX 7.1-channel audio riser. In contrast to the Fatal1ty AA8XE this time around ABIT has moved that audio controller to the riser card which should reduce any interference from the motherboard. The connectors on the back of the riser consists of 7.1-channel audio outputs, a microphone input, a shared line-in/S/PDIF in and S/PDIF out. 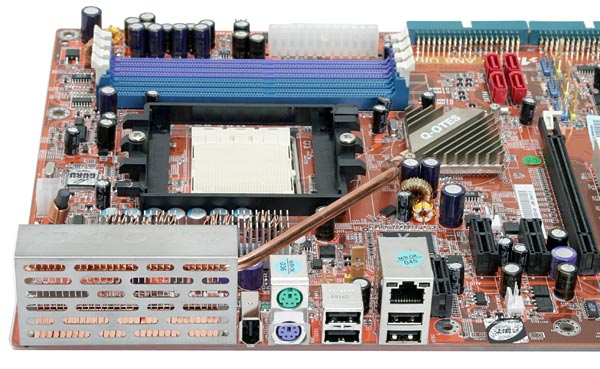 The rear connection complement on the board consists of a single six-pin FireWire port, two PS/2 ports, four USB 2.0 ports and an Ethernet connector for the onboard Gigabit Ethernet controller. There are three spare USB 2.0 headers on the board, but ABIT only supplies a bracket that can use one of those headers for an additional two USB 2.0 ports. The same bracket has two FireWire ports, one four pin and one six pin, but oddly enough the board only has one FireWire header so you’d have to choose which one to use. Four SATA cables and a single IDE and floppy cable make up the remaining accessories. 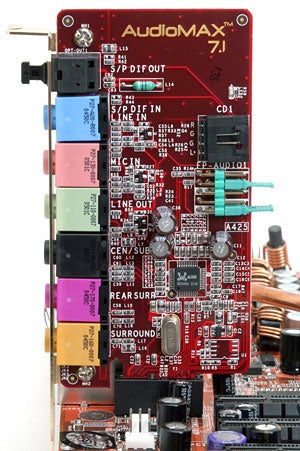 The board layout is fairly clean with the power connectors towards the top of the board and plenty of space around the CPU socket and memory slots. Both of the IDE connectors are at an angle horizontally with the board, something which can make for tidy cable routing depending on your case. The nForce4 Ultra chipsets also adds four SATA connectors and ABIT is using the sturdier type, although sadly the SATA cables don’t clip in to the connectors like those that Gigabyte supplies. One issue is the location of the floppy connector – that is if you’re still using a floppy drive – as it’s located at the bottom of the board below the PCI slots. 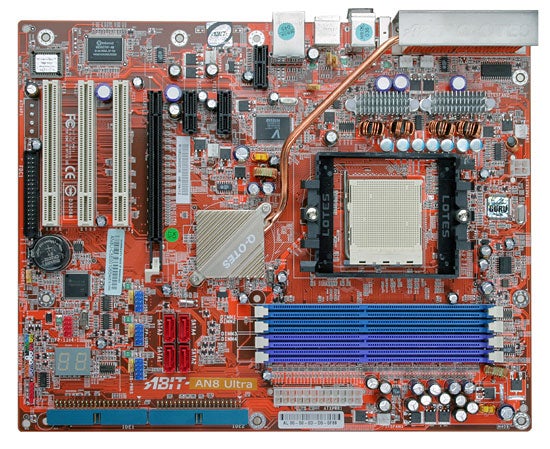 In terms of expansion slots there is the AudioMax riser slot at the top, two x1 PCI Express slots and an x16 PCI Express slot as well as three standard PCI slots. Another couple of features worthy of a mention include the POST LEDs which will report any system errors – the codes can be found in the manual so diagnostics should be pretty easy. Then there is the ABIT microGURU which adds a host of overclocking and fan control features in the BIOS along with some clever software in Windows. I have a small complaint about the manual though, it covers four different products – one of them an SLI board – which really makes things confusing at times, especially for someone that is new to building their own system.


I did encounter a few problems during the setup of the AN8 Ultra – so if you buy this board make sure you upgrade the BIOS straight away and download the latest nVidia motherboard drivers- that way you’ll avoid the same problems that I had. 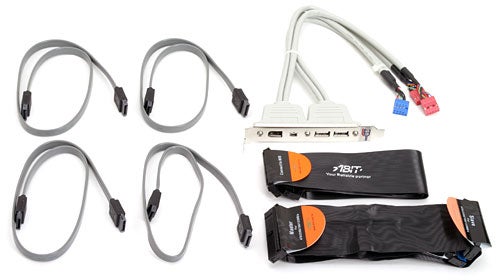 
So all well and good in terms of performance numbers, but there is one last hurdle to get past and that is of course price. However, I’m happy to say that ABIT has priced the AN8 Ultra quite attractively at £79.08, making it a decent option for anyone looking to build a quiet but powerful AMD based machine.


The ABIT AN8 Ultra is the first motherboard with a heatpipe cooled chipset to arrive in the TrustedReviews office and on the whole it’s an impressive package. If you want a fast machine that doesn’t sound like an aeroplane when it’s running, the AN8 is definitely worth a look.