We spend our working lives sat down in front of a computer for eight, 10, 12… hours a day, so it’s no surprise that the TrustedReviews team has had its fair share of RSI problems. Aching shoulders, sore wrists, crook lower backs, and dodgy necks; we’ve seen them all. So, whenever a new product comes along claiming to help alleviate RSI related aches and pains, we sit up straight and pay attention. 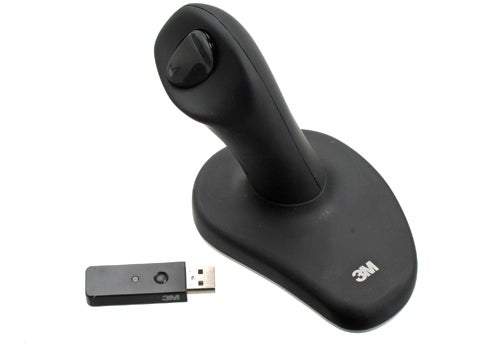 The 3M Ergonomic Mouse (Ergo Mouse), is the latest in a long line of pointing devices designed to help reduce the hand, wrist, elbow and arm pains associated with using a traditional mouse. It aims to do this by reducing the amount of twist in your wrist and by removing pressure from the heel of your hand – and it’s pretty obvious how it goes about doing this.


Where a normal mouse requires you to hold your hand flat to the desk, thus twisting your wrist approximately 60 degrees from its natural position and leaving it resting on the desk, the Ergo Mouse’s joystick-like design allows you to hold your hand as close as possible to its neutral posture – wrist and thumb both straight and relaxed; fingers curled and at rest – while having its heel float above the desk. 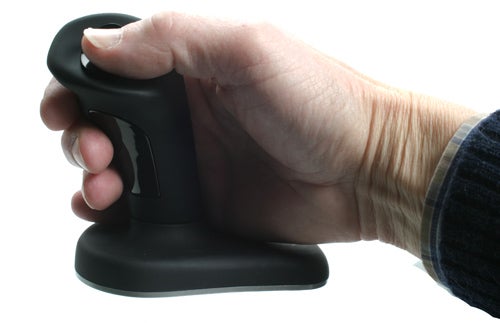 The buttons are also positioned so that you don’t have to flex your fingers from the neutral posture in order to reach them, though you obviously still have to flex to press them. In contrast, when using a conventional mouse (at least, when holding it as I do) your fingers are almost constantly flexed from your hand’s neutral posture, and they have to move even more to reach and operate the buttons/scroll wheel. This can result in finger pain, and even muscle contracture and reduced mobility.


Giving the Ergo Mouse a go, the benefits of this more relaxed hand position were immediately obvious to me as the reduction in pressure on the heel of my hand alleviated the niggling pains I get there. Meanwhile the more natural wrist position reduced overall tension in the general forearm area. Even my finger pain was reduced. Quite simply, this thing definitely works when it comes to reducing pain. Sadly, it’s somewhat less accomplished when it comes to most of the other traits we look for in a good mouse/pointing device. 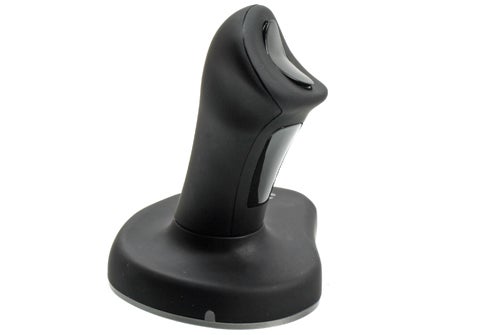 Most obviously, due to the way in which you hold the Ergo Mouse, you have to use your whole arm to move it, making it difficult to use accurately. So whereas a good mouse will enable you to move around your desktop in lightening quick speed, the Ergo Mouse requires a more ponderous approach. Obviously with a bit of practice you will become more accurate but we nearly always found that a quick movement could only get us within about an inch of where we were aiming and we’d have to slow right down to zero in on it.

The Ergo Mouse’s precise control was also not helped by it’s poor tracking abilities. Whether it was the sensor (we suspect it is, as it’s just optical as opposed to laser) or some signalling problem, we’re not sure, but every now and then the cursor will just stop responding or become slow and jittery in its movement. Like the speed of movement issue, this will probably be a minor problem to slower computer users but if you’re used to interacting with your computer quickly without having to think about it, it will be a major annoyance. It’s also not the smoothest mouse to slide around thanks to some very small glidepads. 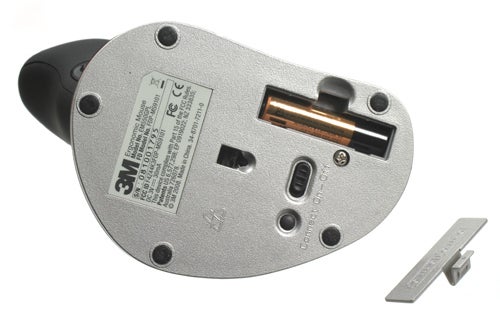 Further problems stem from the lack of a scroll wheel and general dearth of buttons. This mouse does have the essentials in the form of a rocker button, which sits under your thumb and acts as your traditional left and right buttons, and a large button that runs down the front of the joystick that emulates the middle button (normally used for scrolling). But without a scroll wheel for small and quick scroll movements or forward and back buttons for traversing pages in a web browser, overall navigation can feel limited. Of course, we can see the logic that more buttons, and particularly a scroll wheel, could make the Ergo Mouse more difficult to use and possibly even counter its benefits, but to have such a lack of functionality is going to be a major problem for any serious PC users.

As for other features, the Ergo Mouse is available in two versions: Large (EM550GPL) – which we’re reviewing here – and Small/Medium (EM550GPS). It’s a wireless device, too, so if clutter is a concern that’s a plus point. It also seems well built with a sturdy, solid feel and a smooth, soft-touch finish all over. On the underside is a battery compartment, an On/Off switch, and a button for syncing the mouse with its included USB receiver. Two AAAs are needed and some basic ones are provided in the box. 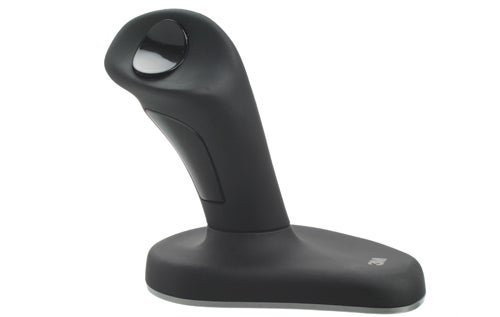 Comparing the Ergo Mouse to alternative RSI reducing mice, it’s definitely a difficult one to call. While sculpted conventional mice like the Microsoft Natural 6000 provide better tracking and have more functions, they still aren’t quite as comfortable as the joystick design. Trackballs are also a possibility and again can offer better accuracy and more functions but can be uncomfortable as well. However, generalities aside, this particular 3M Ergonomic Mouse just doesn’t quite cut it. The tracking isn’t good enough, it has too few functions, motion isn’t smooth enough, and it’s just a bit too expensive.


The 3M Ergonomic Mouse is one of the most effective anti-RSI pointing devices we’ve seen. Its design ensures your wrist and arm are in their most comfortable position and the button arrangement is also very comfortable. However, its tracking isn’t great, it’s slow to use, and even though you should put your health above all else, we think it’s a bit too expensive – just get up and take a break regularly.