What does the Xbox One mean for the future of gaming? This is the kind of question you find yourself asking a lot whenever a new console is born. Usually, you are thinking about the power of the new machine’s processor and how deftly it can juggle polygons. Or the kind of strange new games that its controller will allow developers to come up with.

There is all of that to look forward to with the Xbox One, but what about the specific future of that console’s games? The choices that Microsoft has made – and they are choices – could mean that the Xbox One’s lifetime is very different to that of its predecessors. They could mean that you could find yourself unable to play games that you have paid for.

A new sort of future
At E3, Microsoft confirmed two rumours that have dogged the Xbox One. First, it will require an always-on internet connection and second, playing used games is going to be restricted. Both of these choices might seem reasonable at first blush, but both have implications for the Xbox One as it approaches the end of its product cycle.

Now, at this point some of you will probably be shouting at the screen – no, it doesn’t! No they won’t! And indeed, technically, the connection does not need to be up 24/7 and restricting used games is going to be at publisher’s discretion. But let’s look at both of these pitfalls in turn.

Going on About Always-on
First up – the need for an internet connection.

Microsoft has confirmed that you will not need to have the console online at all times as had been the pre-launch rumour. However, it will need to ‘check in’ with Microsoft’s authentication servers every 24 hours in order to remain in a playable state.

So, you don’t need to have the console online all the time, but unless you have a connection that is switched on at least once a day then you can’t play any games on it. Functionally, this is may as well just be an always-on requirement. 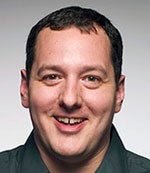 Obviously, this is going to affect some games more than others and smart coders will take into account external factors like bandwidth and temporary outages. We can expect that these boosts will either be optional extras or features like more detailed renders that could be ‘dialed down’ if required.

However, this still means that an Xbox One is going to need to see its cloud servers to give the best gaming experience. What will those games look like if those servers go offline?

Publishers have long had a problem with gamers buying used titles, where the resale money goes to the likes of Game or Blockbuster rather than them. On the Xbox One, we are told, things will be different.

From Microsoft’s own license information page: “We designed Xbox One so game publishers can enable you to trade in your games at participating retailers.  Microsoft does not charge a platform fee to retailers, publishers, or consumers for enabling transfer of these games.”

Implicit in this is the idea that publishers can – if they wish – prevent you from transferring ownership of your games. The whole concept of ‘owning’ the game you have purchased starts to look a bit hazy the more you think about these new terms.

The Games We’ll Never Own
When you hand over your money for a new Xbox One game you don’t really own the game, you own a licence to play it – the DVD is just a way of getting the code onto your console.

You can temporarily transfer the rights to play it on another Xbox One by signing in using your Live credentials but you do not automatically have the right to give that game away or to sell it. Even lending it is restricted to a single friend, who must be acknowledged as such on your Live friends list.

The Xbox one thus has two important caveats, and both mean the console needs access to Microsoft’s server farms. The concern for gamers thinking of buying an Xbox One must be, therefore, “how can I know that those servers are going to be there when I need them?”

Look ahead a few years and consider what will happen when the Xbox One is nearing the end of its lifetime. Will Microsoft keep those servers running so that you can keep playing your collection of games? Will the “infinite” capacity of the Xbox One cloud still be running at full whack or will the service be scaled back?

Dark Clouds, Silver Linings
Now, before we get too apocalyptic, it is worth remembering that Microsoft is not blind to the long-term commitment required here.

Two other recent Microsoft products – the Zune music player and service and the Kin smartphone both failed to set the world on fire and ended up on the scrapheap. In the case of the Zune, MS folded its music offerings into Xbox Live and you can still get access to your tunes, albeit in a slightly different way.

With the Kin phones, sales were so poor that the servers dedicated to pumping out data for weather reports and news were shuttered and new firmware was issued that left the devices able to function without them. Disappointing for a handful of users but Microsoft did at least make some effort to accommodate its customers.

The Backlash has begun 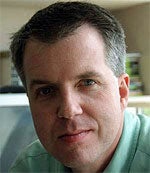 The internet has already awoken to the potential of the Xbox One’s approach to DRM. Many are angry, or concerned. Xbox Live’s Major Nelson responded to questions from Reddit users about this issue with the following:

“I’ll just say this: We haven’t even started this generation, so it’s kind of early to talk about the end of the generation. That’s certainly something we would not do. That’s not the way the system is designed. It’s designed for flexibility. But let’s get the system out there first.”

This sounds like a flat denial but we still don’t know exactly what Microsoft’s plans are and what this ‘flexibility’ will entail. Will there be charges to keep playing? Will Microsoft simply turn off authentication? What would happen if Microsoft isn’t in the games market in a decade’s time?

Visions of the Future
It might seem like Microsoft is too big to fail but the truth is nobody can say exactly what state the company will be in by the time the next console generation rolls into view, much less the one after that.

Even if Microsoft is in rude gaming health in a decade, it might see retro gaming on its ‘older’ Xbox One console as a threat to an officially-sanctioned package of ‘classic’ Xbox One games on the Xbox Infinity or whatever name is announced at E3 2028. Is the Xbox One’s DRM there to ensure we can keep on being charged for the same games, again and again?

However Microsoft decides to handle things, the Xbox One should give gamers some pause for thought. Replacing physically owned games with licenses enforced through Digital Rights Management and tethering play to a company’s servers requires that you trust that company to both stay in business and keep your interests at heart.