WWDC 2012 kicks-off on Monday June 11 in San Francisco, and will be home to a number of important Apple announcements. iOS, more on Mac OS Mountain Lion, new MacBook laptops and new Apple TV software are all expected. But are they anything to get excited about? Let’s take a look…

More on OS X Mountain Lion
We already know a fait bit about Mountain Lion, but now that Summer’s here (well, sort of), the remaining “lid” is sure to be lifted at WWDC. The main aim of Mountain Lion is to bring the tastiest bits of iOS to the Mac computer platform – things like the notifications system and improved iCloud support. In particular, iCloud Tabs are expected to be implemented. These let you sync entire web browser profiles across devices – between an iPad and MacBook Pro, for example. 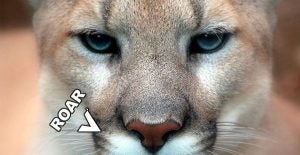 Perhaps the neatest rumoured feature for workaholics like the TrustedReviews mob is the Do Not Disturb feature, which blocks out all notifications to make sure you’re not distracted. Bliss. If only it could stop us from searching YouTube and Facebook too…

Retina Display MacBook Pro, MacBook Air
The most exciting hardware updates of WWDC are likely to be Retina Displays being jammed into several of Apple’s computers. First the iPhone got it, then the new iPad – and now the 15in MacBook Pro, the 11in and 13in Air models are in-line at the Apple surgery. 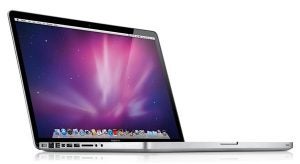 The 13in MacBook Pro will reportedly not get the pixel injection, instead sticking to the 1,280 x 800 pixel resolution of existing models. This smaller Pro model will, however, get the bump up to an Ivy Bridge processor and have its USB ports upgraded from 2.0 to the much-faster 3.0 standard.

The 21in and 27in desktop iMacs are set for a refresh too, and tentative rumours indicate they’ll get Retina Display screens too. However, these reports come from snitches in the supply chain – where many of the hokiest rumours originate from. That said, an ultra high-res iMac would look stunning.

Apple TV OS Update
Every time an Apple TV OS update comes out, we’re always hoping for one thing – some sort of compatibility with iOS apps, or at least its own app platform. So far, we’ve been left disappointed. Could it be time?

An app store for the Apple TV woould fix virtually all of its problems – mostly centred around quite how limited it is at present. iPlayer and LoveFilm apps alone would be enough for it to go from a tentative thumbs-up to winning our full seal of approval.

Is it likely? It would reduce the amount of iTunes money Apple makes off Apple TV users, but is the only way the box is going to become popular outside of its Apple fan hardcore base.

The fabled Apple TV set
The least-likely rumour of WWDC 2012 is that the Apple-branded TV will show up. Granted, it’d fit in perfectly alongside an opening-up of the Apple TV box OS, but it’d be such a bombshell we can’t see it happening at WWDC.

WWDC is the worldwide Apple developer conference, with a focus on software rather than hardware. That hasn’t stopped the rumour mongers and analysts from writing about the arrival of the thing, though. According to a Jefferies & Company analyst, the Apple TV (not the “Apple TV” box – confusing, huh?) will sell for $1,250 and will be called iPanel. Our survey says, “yeah, right.” But we’ll be back on Monday with a slice of humble pie and a fork if it turns out to be true.

iOS 6
A near-dead cert for a WWDC 2012 unveiling is iOS 6, the next big step in the evolution of the iPhone/iPad/iPod touch platform. In usual Apple fashion, no features have yet been officially revealed, but we can piece together a few things that are fairly likely. 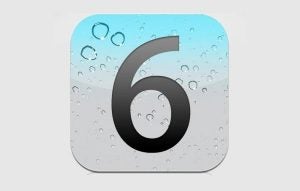 A new Maps app that uses Apple’s own mapping system rather than Google’s maps is expected. It’ll offer neat 3D rendered buildings once you get up close, making it look all the more glossy. More useful, though? Not much, but it’ll be great to show off down the local pub.

Siri is also expected to land on iPad with iOS6, and core integration of Facebook into the system is another possible feature. An unlikely, but much-wanted feature that could theoretically appear is full multi-pane multi-tasking – a la Windows. Don’t hold your breath for that one, though.

We’ll be back with all the latest from WWDC on Monday. The keynote kicks off at 6pm UK time.