10 biggest milestones in world wide web history: From the birth of Google to the first item sold of eBay.

On this day twenty-five years ago, Tim Berners-Lee published his formal proposal for what would become the world wide web.

Whatever Berners-Lee imagined his creation might look like a quarter of a century down the line, it’s safe to say there were probably a few things he didn’t quite anticipate. Quantity of cat GIFs, for one.

But seriously, the internet today has become a strange, shifting beast of contradictions and wonder. In equal measure it’s celebrated for connecting us and accused of making us more isolated. It’s sometimes inspiring, sometimes vitriolic, always unpredictable. We’ve become dependent on it for work and play in ways we could never have anticipated.

We thought we’d celebrate this 25-year milestone with ten key moments – perhaps not the most vital, but ones without which the internet as we know it today would simply not be recognisable. Here are, for us, the ten moments that made the internet what it is today.

Related: Which iPad should you buy? 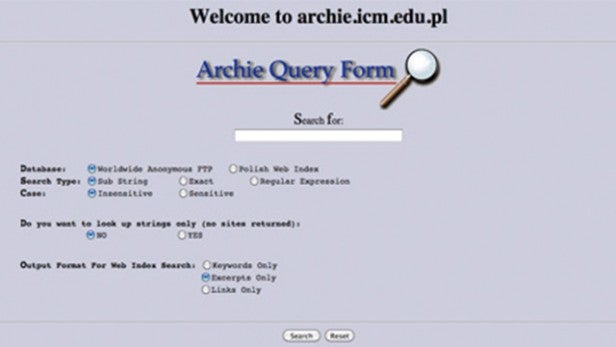 The ability to instantly search across the totality of human knowledge has irrevocably changed the way we learn, think and communicate, and this process started earlier than you might think.

In 1990, Alan Emtage created “Archie”, an application for sorting through FTP archives – the system computers used (and still use) to exchange files, allowing users to post and retrieve files on FTP servers. Archie allowed users to enter a query and locate specific files on FTP servers that matched it. It was, quite simply, the first internet search engine before, the internet was even really a thing.

In 1998, Stanford University students Larry Page and Sergey Brin theorised about the possibility of a new type of search engine. At the time, search engines ranked their results simply by counting how many times the search query terms appeared on a page – Page and Brin thought results might improve if it were also capable of analysing the quality of a page, which they could do by analysing how many pages a site had, and how many pages were linking back to it.

Though they initially christened their creation “BackRub”, they later switched to “Google” – an intentional misspelling of the number “googol” (inspired by the fact they thought their engine would bring back many, many more results than its competitors).

The result was quite successful. You may have heard of it. 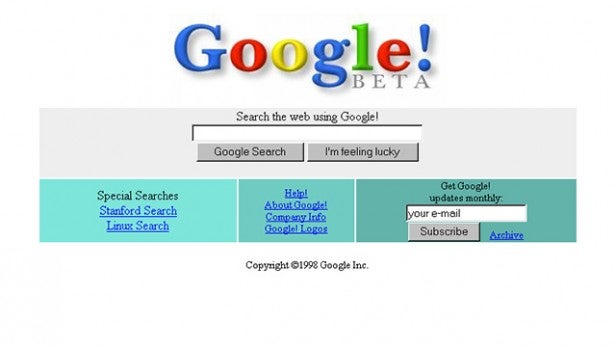 It didn’t start with the iPhone. Nor did it start with the Blackberry. There’s a level of debate over what could be considered the “first” internet-enabled phone, but the most popular contender, and in our opinion the most viable candidate, is Nokia’s 9000 Communicator.

Equipped with email and internet browsing, it was arguably the first smartphone. It was introduced in 1996, weighing a hefty 397g and boasting 8MB of memory. You could send faxes on this bad-boy if you wanted, or use the built-in keyboard to type your important business emails (pictured below). 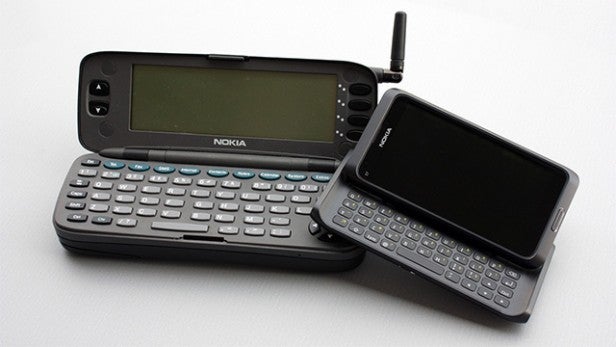 Before “The Facebook” was a gleam in the eye of a Harvard undergrad who would go on to be played by Jesse Eisenberg, another social network had already come and gone. SixDegrees.com lasted from 1997 to 2001, and was an impressively prescient forerunner to the world of social networking – users could add friends and family members, invite others to join the site, and send messages to contacts. It would even send regular email updates to users, a feature that would go on to be horribly and repeatedly abused by LinkedIn.

It’s honestly hard to remember a time when sharing funny videos with your friends wasn’t a regular habit. While even ten years ago viral videos weren’t really a “thing” in the way they are now, people have been sharing clips that made them laugh for as long as there have been means to do so.

So what came first? Is there something we could we call the “first viral video”? Well, there are a few candidates…

In December 2004, a somewhat bored 19-year-old named Gary Brolsma whiled away an evening by making a quick webcam video of himself lip-syncing and dancing to a song that was popular at the time. He uploaded the clip to the website Newgrounds.com and thought nothing else of it.

He was, of course, the “Numa Numa Guy” and his video exploded. In just a few short months his video accrued millions of views – may not seem like much of an achievement now, but it certainly was back then. Interestingly, he passed the two-million mark in February 2005 – the same month three Paypal employees activated their new domain name, “youtube.com”.

There are other videos that could make a claim for the “first” mantle – South Park’s “Spirit of Christmas” short was being shared via email as early as 1996, and the legendary Dancing Baby first showed its moves in the same year. However, for our money the Numa Numa Song was the real forerunner for what viral video culture would become.

Go on. You know you want to…

Please welcome back our friend Tim Berners-Lee, who can also proudly call himself the inventor of the first web browser. Before Chrome, Firefox, Safari, Internet Explorer, Opera and the rest, there was WorldWideWeb, later renamed Nexus to avoid confusion.

Completed on Christmas Day 1990, WorldWideWeb had gone through a few incarnations beforehand. Berners-Lee had wanted to call it both “The Mine of Information” and “The Information Mesh”. For all its virtues, WorldWideWeb was not particularly user-friendly, and was quickly usurped by other early browsers such as Erwise and Mosaic.

The invention of humble GIF

Some people may try to argue this one. “Surely the GIF cannot be considered an important milestone of the internet” they will say, from up there on their pedestals. To that, we have two important counterpoints:

Love them or hate them, GIFs (short for graphics interchange format) are a staple of the modern internet. The format is older than you might think – it was introduced by Steve Wilhite of CompuServe in 1987 though not without a little legal wrangling with a company called Unisys due to copyright issues with its compression technique.

The GIF quickly became popular as a fun little animation format; you may recall the dancing banana. The most important question, however, ended up as a debate that raged for years: how do you pronounce it? Hard-G or soft-G? Gif or Jif? While most people sensibly settled on “Gif”, the issue was complicated when inventor Wilhite reared his head to tell everyone that, actually, he’d intended for it to be pronounced “Jif”, as he’d been inspired by the popular brand of American peanut butter of the same name. Most of the world, however, elected to ignore him. We concur.

Related: iPhone 6S vs Samsung Galaxy S6: Which is best? 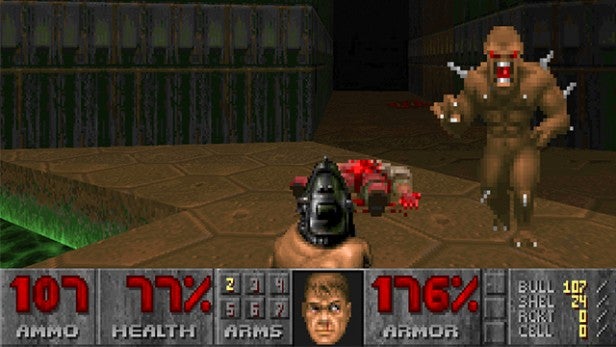 Not content with pioneering the first-person shooter genre and revolutionising video games as a whole, DOOM also gave rise to networked multiplayer gaming. Yes, long before Call of Duty and Xbox Live gave adults everywhere the chance to be abused by thirteen-year-olds with headsets, there was DOOM. From its very first release, no less!

First ever item sold on eBay

One weekend in 1995, a young man named Pierre Omidyar wrote code for a second-hand selling site named “AuctionWeb” and launched it from his bedroom, unaware that he had just created a future retail powerhouse. As a test, he listed what would become the first item sold on eBay – a broken laser pointer.

Amazingly, someone bought it for $14.83 despite the fact that Omidyar had clearly listed it as broken in his description. A little taken aback, Omidyar contacted the successful buyer to ask why.

“I’m a collector of broken laser pointers,” was the reply. And with that, the wonderfully strange world of eBay came into being.

The Internet of Things is born

Though you may have only started hearing the term in the past few years, the Internet of Things is certainly not new. For those who don’t know, the term refers to the simple idea of connecting devices to the internet and allowing them to communicate – the common illustrative example is the fridge that texts you when it’s out of milk. That sort of thing.

When computing pioneer John Romkey was challenged to make a toaster that would connect to the internet, there was really only one way he could respond. And thus, years before any talk of smartwatches and the like, we had a toaster you could turn on and off via the internet. And a year later, the world wide web would be proposed. Which just goes to show… something.