The battleground for the world’s biggest tech firms this week was, of course, CES 2020 in Las Vegas. We’ve seen an amazing variety of wonderful, weird and wacky product reveals, from the amazingly useful to the downright absurd.

One reveal that fitted into both the useful and strange categories was the Segway wheelchair prototype. The S-Pod was inspired by ‘geospheres’ from the film Jurassic World and, considering that heritage, the S-Pod met a suitably grizzly end at CES.

On the other hand, everyone at CES was wowed by Dell’s Alienware Concept UFO. It’s a prototype hand-held gaming platform that might actually be able to take on the Nintendo Switch. 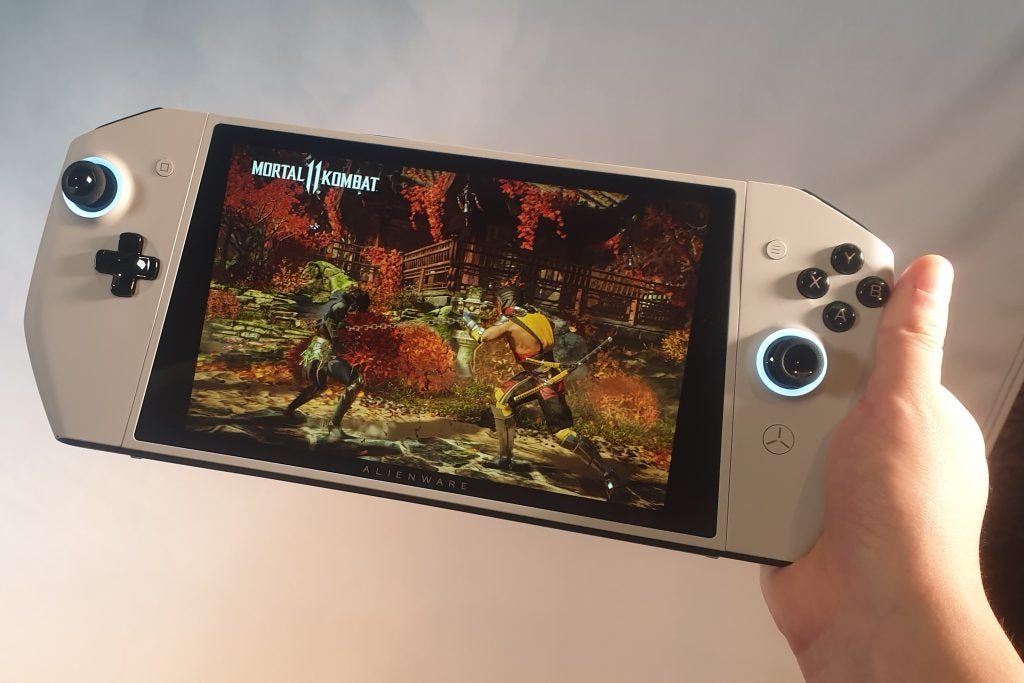 Dell subsidiary company, Alienware, showed off the Alienware Concept UFO at CES in Las Vegas this week. It’s been one of the most consistently praised pieces of tech at the show.

To put it simply, this is basically a Windows 10 gaming PC in a handheld format. Yes, it looks very like the Nintendo Switch, but why wouldn’t it?

The fact it runs Windows 10 means it can access game libraries from Steam and Epic Games and that’s a huge factor in the success of the concept. One of the most persistent gripes about the, otherwise fantastic, Nintendo Switch is the fact that it has quite a limited number of games available. The ability to fire up your Steam library on a UFO would be the perfect antidote.

However, one big worry hangs over the concept because it is just that, a concept, it’s not got a release date and it won’t necessarily go into full production. However, the early signs are good. People loved it and, when our reporter, Ryan Jones, got his hands on the UFO, he couldn’t help but be impressed.

He said: “The Alienware Concept UFO is a very exciting device which scratches an itch no other current device can, giving a PC gaming system the portable strengths of the Nintendo Switch. But with so many uncertainties, it’s far too early to say whether this will be a real game-changer.”

Segway’s S-Pod, inspired by the futuristic vehicles in Jurassic World, zoomed into the future a little too fast at CES and, well… crashed.

A journalist testing the S-Pod apparently got slightly over-excited and crashed the futuristic wheelchair into a wall. Thankfully no one was hurt, but one or two people might have been a little embarrassed (via BBC).

The CES display model was apparently capped at 7mph, but the final S-Pod will be capable of doing 24mph, according to Segway. Notably, the prototype had no seatbelt, but Segway have said there will be one on the final version.

The S-Pod was not available for any further test runs following the crash, which rather raises the question: How much damage did it sustain? Of course, it’s possible Segway were just airing on the side of caution. It would be no good, after all, to have the prototype malfunctioning and putting people off.

The reason this is such a huge blow for Segway is the massive expense that goes into producing prototype products. The company hasn’t offered a figure on exactly how much this prototype cost but we’re guessing the answer was “a lot”.

Unfortunately it was a blow for Trusted Reviews too, as our team at CES hadn’t yet had chance to hop on the S-Pod. To see the device in action, take a look at the video below from The Washington Post.