Net neutrality is one of those curious buzz-phrases that’s simultaneously ubiquitous and barely understood.

It’s in the news a lot at the moment because a number of powerful figures and institutions, including (but not limited to) Google, Netflix, Verizon, Comcast, and the President of the USA himself have voiced passionate arguments about it.

Net neutrality is little understood because, well, just look at it. ‘Net neutrality’ is possibly the most boring word pairing since ‘sensible shoes.’

So what is net neutrality, and how is it likely to affect you?

What is Net Neutrality?

Net neutrality relates to the very nature of the internet itself – the flow of data across the vast network of wires, servers and internet service providers (ISPs) that we’ve all come to take for granted on our smartphones, computers, tablets, and TVs.

Net neutrality is the concept that all users of the internet – whether they be single users like you and I or vast mega-corporations like Amazon – should have equal access to the same underlying network performance and data speeds, without control or extra expense.

In short, those who are for net neutrality want the internet to be viewed legally as a utility, just like water or electricity – a basic service that is every citizen’s right to have unfettered access to, which can’t be modified or restricted by those tasked with maintaining its pipelines. 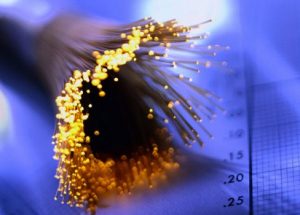 Those opposed to net neutrality think that there should be more fine control of the internet’s flow of data, resulting in multiple tiers to the internet – a fast lane and a slow lane, at its most basic – and that those who wish to use the fast lane should pay more for the privilege.

It might sound like a simple ideological and even political debate, and some in the US have been trying to paint it as such. But the truth is that there are very sound arguments for either side.

But first, let’s consider some of the recent issues that have led to this whole debate.

Throughout the whole of 2014, tension has been mounting between America’s internet service providers and its major internet companies, and it all centres around the matter of net neutrality.

Back in January, US ISP Verizon successfully challenged a ruling by America’s Federal Communications Commission (FCC) that would have imposed new, stricter net neutrality standards on it.

As a result of this successful challenge, the way was opened up for US ISP Comcast to block internet traffic as it saw fit. Comcast exercised these powers by effectively holding video streaming service Netflix to ransom, restricting or throttling its internet performance (and thus adversely affecting the streaming experience for many US viewers) until the company agreed to pay a fee for its heavy usage. 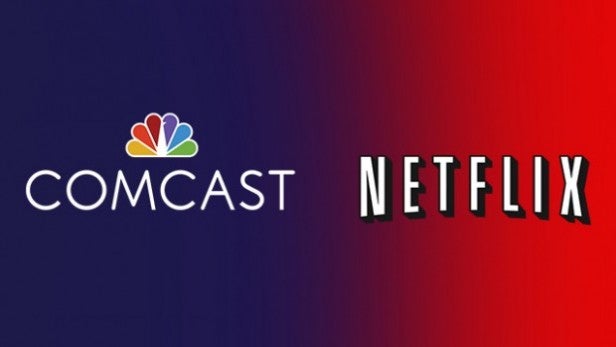 The FCC is expected to make its final ruling on the matter of net neutrality soon, which has led to those powerful ISPs intensifying their lobbying of the US congress. Meanwhile more than 100 tech companies, including Google, Amazon, Microsoft, and Facebook, have put their name to a letter speaking out on the side of net neutrality.

In a fairly extraordinary move, President Obama himself recently released a strongly worded statement in support of net neutrality. While he has no power over the FCC in this matter, his endorsement for one particular side has raised the issue beyond a tech industry talking point to matter of national and even international debate.

The argument for Net Neutrality

The internet was built on the idea of the free and equal distribution of knowledge, say proponents of net neutrality, and any form of selective throttling or controlling runs contrary to that.

Many net neutrality activists point out that allowing the prioritising and blocking of certain legal internet content effectively favours the richest and most powerful, and impedes competition.

The often-used example is of a major search engine being able to buy entry to the aforementioned internet fast lane. How would a hot new start-up compete with that when it’s stuck in the slow lane?

Tied in with this is the fear that offering a fast lane would lead to certain cynical companies hobbling the so-called slow lane, meaning an inferior service for many while the fat cats enjoy a premium service. Even worse, the ISPs could hamper specific services based on payments by direct rivals – so, for example, a payment by Skype could see Viber’s VoIP performance hamstrung.

Then there’s the problematic idea of giving the role of information gatekeeper over to private companies with their own agendas and business interests. Again, you only have to look at the Netflix vs Comcast case to see the potential for abuse or exploitation of power here.

The argument against Net Neutrality

Those who get the most benefit out of the internet – major companies such as Netflix and Facebook, who rake in billions of dollars thanks directly to their connection to millions of users – should pay more for the privilege.

That’s the argument put forward by ISPs and others who are against net neutrality.

Going back to the example of the Netflix case, the video streaming service represents a third of peak internet traffic in the US. Proportionally, then, it’s getting far more use out of the internet than you or I.

ISPs should be entitled to charge Netflix and other major internet companies more for the huge amount of bandwidth they take up, runs the argument.

Tied into this, the internet that was set up on such ideological terms back in the ’90s is barely recognisable from the one we have today. The amount of bandwidth required for HD video streaming, massive file transfers, content-rich websites, video conferencing and more is far in excess of anything that could have been imagined in the beginning.

As such, it’s suggested that the internet needs to treated as a private toll road rather than a free motorway, with heavy users paying to facilitate the extra demands that they are putting on its infrastructure, as well as the massive cost of improving those services.

The ability to charge more for heavy internet usage will have a positive knock-on effect for regular users, with the extra funds generated being ploughed back into improving the internet’s infrastructure.

It’s also suggested that these finer controls will actually lead to a better experience for consumers, with premium video streaming services (for example) potentially streaming faster and more reliably in a newly freed up fast lane.

It might shock you to learn that big internet companies already get preferential access to the internet in the US, and they have done for ages.

The likes of Google and Facebook already pay for direct access to the networks laid on by internet service providers. This includes installing their services within their networks, which is called ‘peering.’

Related to peering, some major companies will build content delivery networks (CDNs) that actually store their most important content in various locations, cutting down the physical distances between the user and their content. 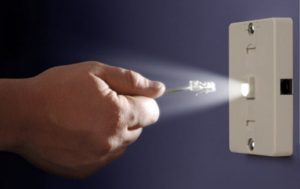 This isn’t necessarily a bad thing though, and it’s not directly what net neutrality is all about.

The speeds that are attained through these direct links are what the internet, for most of us, is built on. It’s why Google answers our search queries so quickly, why Amazon can bring up reams of shop listings without delay, and yes – why Netflix can stream content in HD with buttery smoothness.

What’s important to this debate is that peering doesn’t give ISPs the power to directly control the speeds of specific services. It also doesn’t permit them to downgrade or block those services that don’t pay for such peering agreements.

Net Neutrality in the UK

So that’s the situation in the US. What about here in the UK and Europe?

Back in April, the European Parliament voted to restrict the ability for ISPs to charge high data users for access, essentially introducing in principle its own net neutrality laws.

Under the ruling, ISPs can only slow down internet traffic to ease congestion, and can’t penalise specific services for heavy data use.

Should these proposals be agreed to, it would mean that in Europe Comcast’s dealings with Netflix would be considered illegal. No ISP has that power to single out heavy-use companies as special cases and charge them extra.

It also means that ISPs won’t be able to accept money from companies or services to ensure a performance advantage over direct rivals.

As yet only two European countries – Slovenia and the Netherlands – have adopted these proposals into law. The UK is not particularly notable by its absence, but absent it is.

Of course, the UK ISP market is very different to the US. Whereas in the US ISPs hold what amounts to regional monopolies on internet services, here in the UK there’s far more healthy competition. This ensures that ISPs have a very natural and immediate incentive to offer a good service for all – if they don’t the customers will leave for a rival.

Furthermore, all major UK ISPs are signed up to a voluntary code of contact called the Open Internet Code, which supports an open internet based on three guiding principles:

It’s far from an internet utopia, then, but the UK and Europe seems to be far more on the side of net neutrality than the US – or at least, those that hold the power are. Still, there should be some interesting legislation coming through on the matter of net neutrality on both sides of the pond over the coming weeks and months.