They may well be the future of home computing, but what is a PC stick?

There’s a new breed of ultra-portable PC out there. The kind that drops the bulky body, the bundled-in keyboard, and even the display.

PC sticks whittle things down to a tiny dongle-like device. At first glance they look like the kind of thing that, prior to the cloud, we’d all save our documents and files onto for easy transportation – except with an HDMI connector in place of USB.

A number of major manufacturers have released such PC sticks over the past year or so. This isn’t a mere trend, then, nor is it a gimmick brought about by cheap and cheerful PC peripheral makers.

Here we run through five of the best-known PC sticks out there, along with what they can do and how much they cost.

And now for something completely different: the Google Chromebit HDMI, made by Asus.

As you might have guessed, this is no Windows PC stick. Rather, it runs on Google’s own lightweight Chrome OS.

This
actually has the potential to work far better than the aforementioned
Windows sticks, because Chrome OS places much less demand on local
resources. 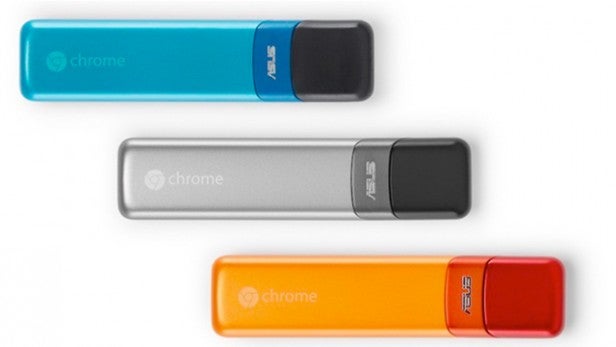 Other
than the OS, the Chromebit has the same USB 2.0 port, Bluetooth 4.0,
and Wi-Fi connectivity of the other sticks on this list. However, it’s
powered by a less capable Rockchip 3288 SoC. Still, the aforementioned
difference in OS should make the performance shortfall a moot point.

Google’s
PC stick also has half the internal storage of the others, but again,
Chrome OS does most of its heavy lifting in the cloud, with no real
“local” apps to lean on. It’s a good job, really, because there isn’t
even a microSD slot here.

The Google Chromebit HDMI will available now in the States for $85 (around £56), which compares
favourably with most of the Windows crowd.

Whether the loss in
traditional OS power and flexibility that comes with that is something
you can swallow… Well, that’s the big question you need to answer for
yourself.

The first three of our featured PC sticks are actually very similar indeed. In fact, they’re built on more or less identical components. 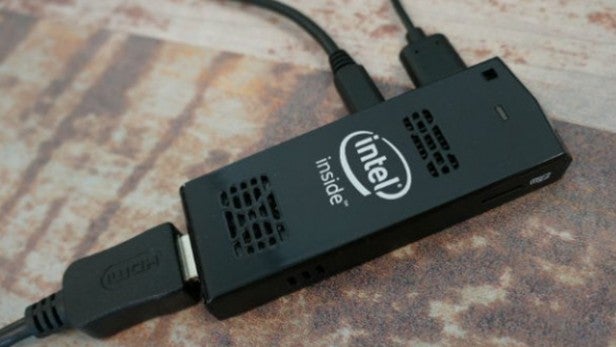 It then provides the choice of a full(ish) Windows 8.1 experience, though there’s also a cheaper Ubuntu version in the pipeline.

As with the rest, the Intel Compute Stick doesn’t really offer a full desktop experience in the truest sense. It’s intended for light usage, and once you start running multiple tasks it gets into trouble. After all, it runs on an Intel Atom Z3735F CPU, which is more or less a tablet CPU (though it is 64-bit), and that’s backed up by a mere 2GB of RAM.

32GB of storage means that you won’t be storing heaps of media files on it, though common to the rest there is a microSD slot for expansion purposes.

The Intel Compute Stick is also one of the most expensive around. You can pick one up for around £130 on Amazon, which is similar to the Lenovo equivalent, but dearer than the rest.

All in all, then, it’s not a particularly great purchase at present.

The Lenovo Ideacentre Stick 300 has identical specs to the Intel Compute Stick, including the same Intel Atom Z3735F CPU with 2GB of RAM, the same 32GB of storage, and the same connectivity.

Just to be clear, that connectivity includes a microSD slot for storage expansion, Wi-Fi, a USB 2.0 port, and a Micro USB port.

It also runs Windows 8.1, though again only in the lightest sense possible. You won’t be booting up Battlefield on this little thing, that’s for sure. 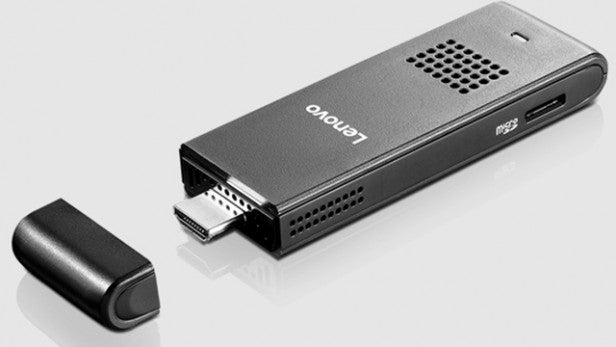 Like the Intel (and every other Windows 8.1 or Windows 7 device for that matter), it’s also eligible for a free Windows 10 upgrade when that launches at the end of this month.

The Lenovo Ideacentre Stick 300 hadn’t shown up in the UK at the time of writing, but it should do so in July some time, and it should cost around £130 like the Intel Compute Stick.

Here’s another stick to sport exactly the same specs as the Intel model, but the Archos PC Stick has a trick up its sleeve. It costs a lot less than its direct rivals.

At just £79, the Archos PC Stick costs about £50 less than Intel’s and Lenovo’s efforts. Or it will, when it finally hits the UK.

What’s more, the Archos PC Stick will come preloaded with Word Mobile, Excel Mobile and PowerPoint Mobile, which is a curious thing to bundle it with, given the whole “dinky desktop” focus. It does highlight the between-two-stools dilemma these first-generation PC sticks face, however. 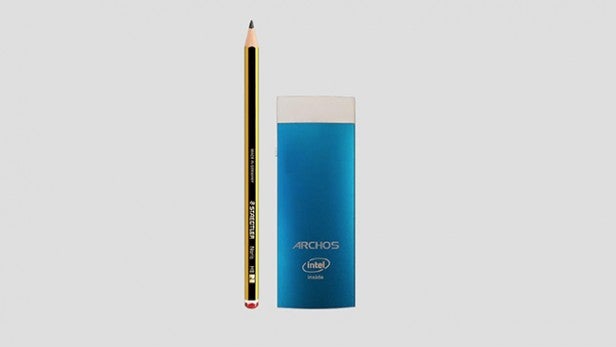 Oh, and we should also note that the Archos looks a little funkier than the others, ditching the sober black of its pricey rivals in favour of a flashy blue suit.

The Archos PC Stick will ship with Windows 10 pre-installed, so there’ll be no fiddly upgrade required. As this suggests, though, it won’t be available until at least the end of July.

There doesn’t seem to be a firm release date for it, though.

The Dell Wyse Cloud Connect has been around for more than a year. So, has the giant PC maker stolen a major march on Intel, Lenovo and co? Not quite.

The Dell Wyse Cloud Connect has a similar form factor to the rest, but it’s actually doing something completely different. It’s powered by Android 4.1 Jelly Bean and a modest dual-core Cortex-A9 ARM SoC (backed by 1GB of RAM), which makes it more akin to TV dongles such as the Google Chromecast than this new breed of plug-in PCs.

Related: Remix Mini is a computer powered by Android 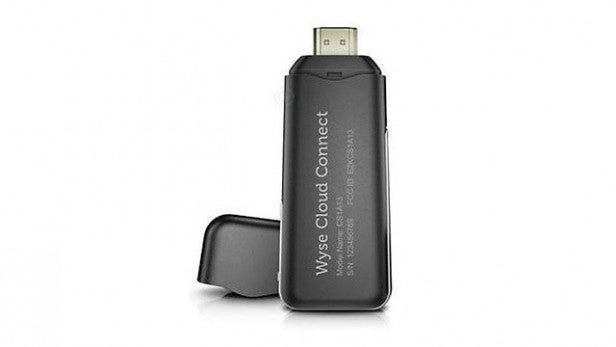 The idea here is to grant you secure remote access to the files and documents stored on your real computer at home or work.

It has the exact same connectivity options as the PC brigade, though. So, there’s Bluetooth 4.0 and USB for hooking up a keyboard and mouse, Wi-Fi, and a microSD slot for storage expansion purposes. It only has 8GB of local capacity, however.

The Wyse Cloud Connect is arguably a slightly out-of-date concept now, then, but you can still find examples for sale online for around the £90 mark if you’re interested. Given the greater power and flexibility of the newer alternatives, this seems a bit steep to us.

Have any more questions about PC sticks? Let us know in the comments section below.