The last of the Christmas wrapping paper has scarcely left the recycling bin, yet the toy industry has already gathered at Toy Fair 2016 to show this year’s wares.

The British Toy and Hobby Association has been hosting its annual gathering at London’s Kensington Olympia, with over 20,000 new toys on show. We’ve inspected almost every square inch of Toy Fair 2016, and here’s what we think kids of all ages will be busting open their piggy banks for in 2016. 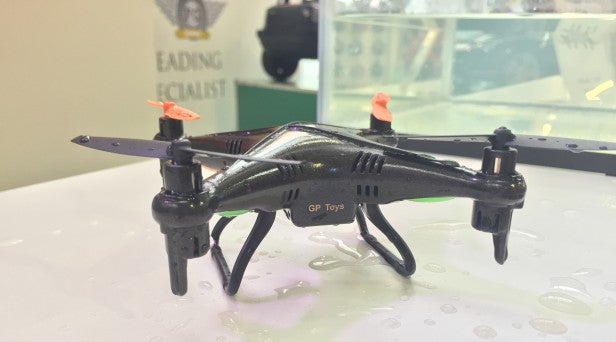 Following the soaraway success of its voice-controlled X-Voice drone last year, Flying Gadgets is at it again. The X-Water is a fully waterproof flyer with dedicated remote control unit that can land in, and take off from, the wet stuff. It’s equipped with a camera too, so you can land, perhaps in the local pond, take some underwater shots and bring your machine back to terra firma to download said footage from the memory card. Loch Ness, here we come.
£49.99 (from mid-February)

Select from the flame-breathing beasts game or the rumbling robot version, then just download the app for iOS or Android. Throw your chosen gaming cycle on the ground, hover your mobile device over it and marvel as the augmented reality characters begin their attack from the hole that’s just appeared in your front room. The graphics are superb, the gameplay, while simple, is gripping, and better still you have to move around to avoid certain defeat within seconds of remaining static. There are plenty of levels to keep you amused, and new weapon upgrades every few levels to keep it interesting. Great fun and not bank-breaking.
£14.99 (from mid-February) 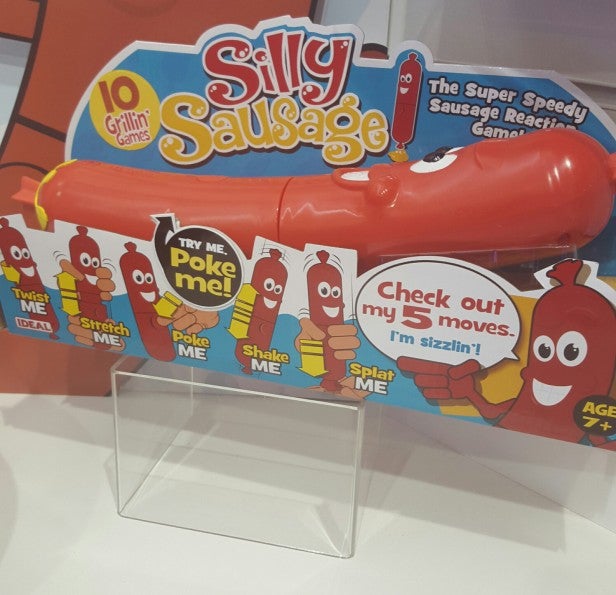 It could well be the silly packaging that grabbed our attention at first, but it worked, and now we’re hooked. Think Bop-It meets, well, a barbecue food. There are five actions which must be performed according to the audible instructions from the sausage, and each one is given with increased frequency until you’re too slow and it’s game over. Twist, stretch, poke, shake and splat are all necessary moves to make it to the top of the internal leaderboard, and there’s a total of 10 slight alterations on the main theme to add even more value. The perfect post-pub party play.
£19.99 (from June) 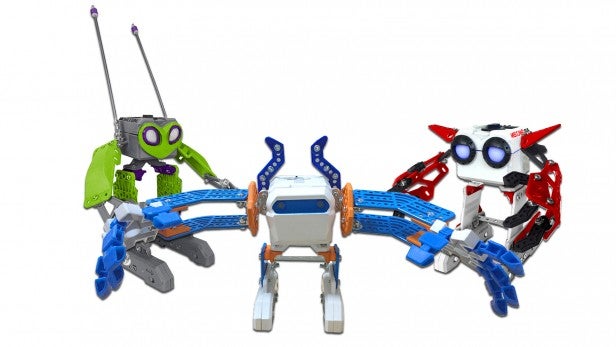 Since taking over this iconic brand a couple of years back, Canadian toy outfit Spin Master has introduced some incredible technology. Last year it was a Short Circuit Johnny Five-a-like, the Meccanoid G15KS (KS for “kid sized”, standing 4ft tall), and this time around it’s this range of three autonomous build-’em-yourself robots. Each one has a distinctive look and character, can be pre-programmed to perform certain moves and, better still, they interact with each other to offer a kind of robotic floor show for your viewing pleasure. Also worth a mention is the new Meccanoid G16KS, which promises even greater interaction than the excellent G15KS, and will be available towards the end of the year.
£39.99 (from September)

When the world of creativity, crafting and technology have combined recently in the world of toys, it’s brought us a stream of sub-standard 3D printers and pens. This piece of kit combines the same elements, yet results in a very worthy addition to this list. Place your i-Loom over the top of an iPad and follow one of a multitude of patterns on offer to create all manner of woven wearables.
Around £25 (from June)

New to the UK is the NERF Rival range and this is the fully automatic model. Spraying brightly coloured spheres out at a rapid rate, travelling at about 70 mph, this is a blaster with attitude. The firing rate is matched by the ability to reload them far quicker than previous NERF darts, and these balls don’t lose their shape. As a result, these blasters are far less frustrating than everything that came before from the NERF brand. Utterly brilliant, and sure to form a new wave of grown-up blaster fans.
Around £60

This spanking new company is part of a toy-making movement that’s looking to satisfy a growing appetite for STEM subjects. The peeps at SAM Labs have all manner of kits on offer with an overarching aim: to unleash the inner inventor in us all. The basic Explore starter kit has three wireless blocks (called SAMs), but there are more extensive kits available, and the SAMs can also be bought individually to suit your projects. They connect via Bluetooth and are configured via an intuitive app for Windows or Mac. Among the more basic things the kits enable you to build are a drum machine and a wireless doorbell, although the world is your IoT oyster. We hope to bring you a full review of this exciting new range very soon.
Kits from £69