A brief history of iPod

Now that the iPhone has not only stolen millions of hearts but also stamped the face of its forefather into the dirt, the iPod doesn’t get much love anymore. And if its Apple Store relegation is anything to go by, it may be on the way to phase-out territory.

We’re not going to let it just fade into the night, though. The iPod in all its versions has shifted more than 300 million boxes since it was first introduced back in 2001. Not only was that six years before the iPhone, it was before we even had cameras in our phones.

We’re going to run down the very best and worst iPods of all time, from the classic design now known, suitably enough, as the ‘Classic’, to others from the shuffle, nano and Mini ranges. We’re leaving out the touch because, let’s be honest, it always was basically an iPhone without the phone part.

But first, how about a little reminder of exactly what iPods we’ve seen over the last 15 years: 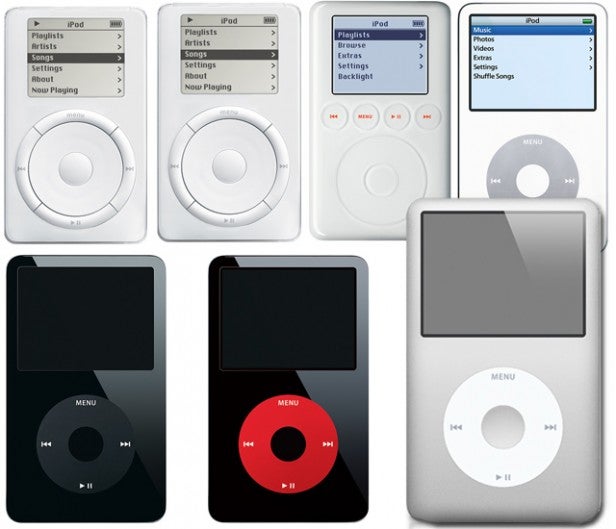 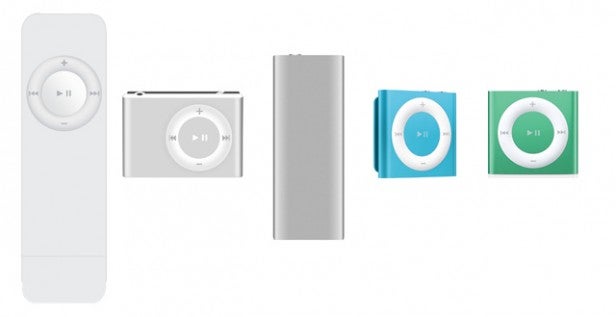 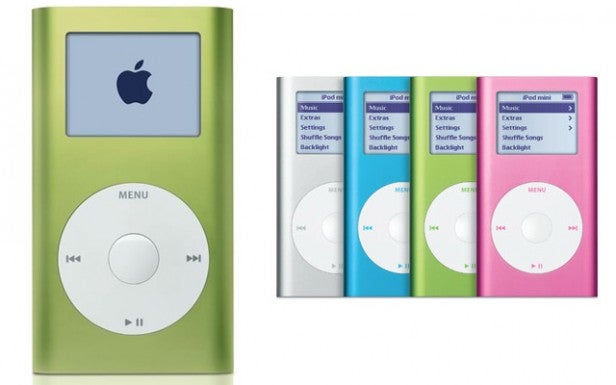 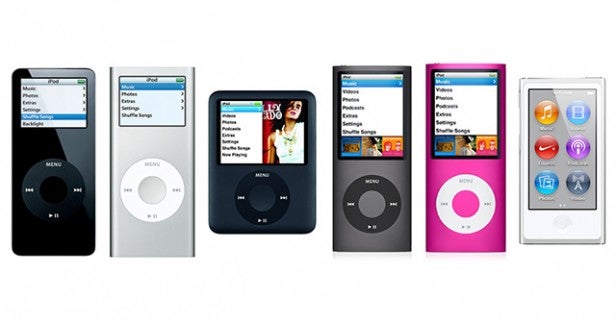 That’s a lot of different iPods, but which were the best iPod and which ones were missteps in an otherwise excellent track record? Read on to find out and pick out your personal best and worst iPods in the comments. 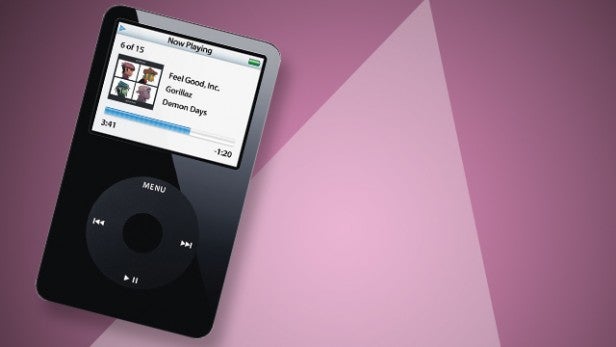 If the hard drive iPod hit a sweet spot, it was with the 5G and 5.5G ‘enhanced’ series models, which arrived in late 2005. So what was so special about it?

This generation is remembered as the last to use a Wolfson DAC, highly regarded among audio types who could tell you exactly what codec and bitrate their music collection uses. The iPod 5G had also shrugged off the price hike it was lumbered with the year before when colour iPods were introduced.

Plus, well, the iPod 5G wasn’t really that different from the iPod Classics some of you may have today, aside from that the front is plastic rather than aluminum. The 5.5G version improved things with a brighter screen, and was the first to introduce an 80GB model, the 5G coming in 30GB and 60GB flavours. 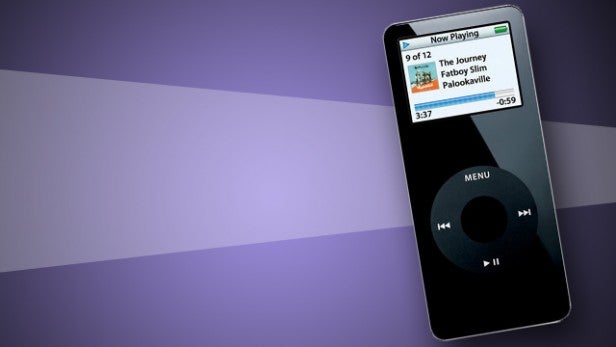 Remember the iPod Mini? Don’t worry if you don’t, just about everyone seems to have forgotten this short-lived smaller iPod, because it was followed-up by the nano in 2005. Nowadays its 6.9mm thickness would seem pedestrian, but back then it was a bit of a revelation: an MP3 player that wasn’t the size of a fag packet.

It also used the click wheel, getting you the same feel as the larger iPods. The only issue was storage. The entry level iPod nano only got you 1GB, and the 4GB version was a small fortune. Seems a bit silly these days now a 64GB microSD card costs £15, doesn’t it?

We should also give a shout out to the third-generation iPod nano, which is almost certainly the cutest iPod ever. Stubbier and chunkier than other nanos, its design was there to show off the Cover Flow feature, which let you flick through the album art of your collection instead of just looking at list names. This seemed cutting-edge back in 2006. 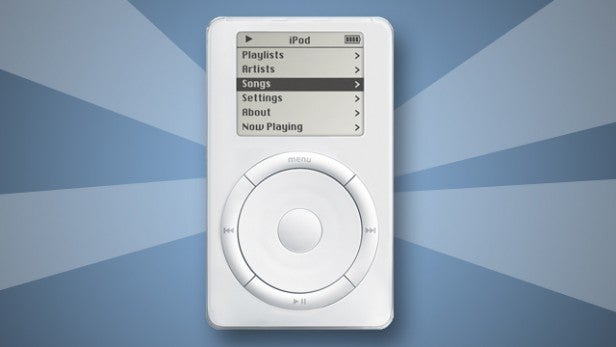 This is where it all began. The iPod launched in 2001, and came with either 5GB or 10GB of storage. Plenty of the things that seem almost inseparable from the series weren’t in-place yet. There was no dock connector, but a Firewire socket. It didn’t use AAC files but MP3. Oh, and it was crazy-chunky compared with today’s Classic model at roughly 20mm thick.

The very first iPod also has a scroll wheel that actually moved under your finger, while subsequent models all have static touch-sensitive wheels. While the iPod is often attributed to former CEO Steve Jobs, we also need to doff a cap or two to Jonathan Ive and Tony Fadell, who was SVP of the iPod division. He’s also also founder of Nest, now owned by Google. What difference a decade or so makes, eh?
Copywriter Vinnie Chieco actually came up with the term ‘iPod’. 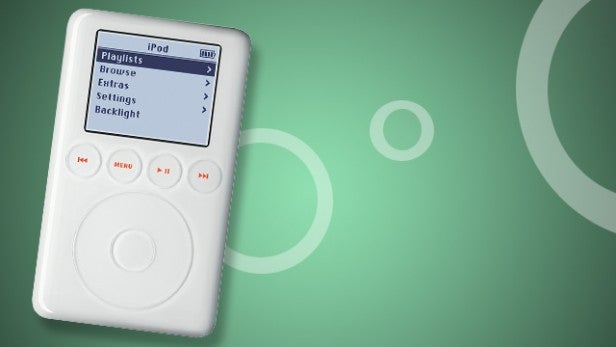 Going back a bit further, we can’t go without saluting the 3rd-generation iPod from back in 2003. It was the first, most significant, design refinement of the iPod series.

While the 2G model got rid of the moving wheel, this one radically slimmed-down the body, added the dock connector and offered capacity of up to 40GB. All that was left to do after this was to add colour, improve the 8-hour battery life and merge the function buttons into the scroll wheel.

The worst iPods of the lot 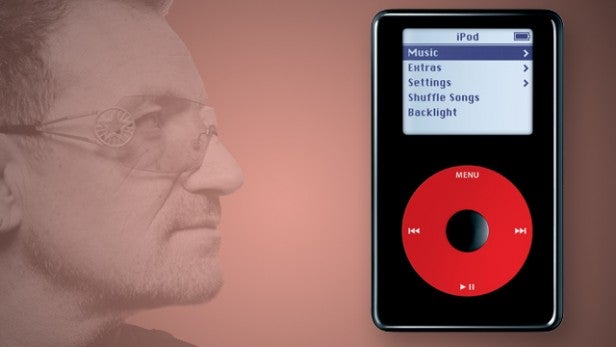 Apple and U2 have had a strange and slightly embarrassing relationship for more than a decade now. It’s a love-in that no-one of sound mind really seems to get.

Last year iPhone buyers got a mostly-unwanted free U2 album, but that tie-in pales next to 2004’s U2 edition iPod, a 4G model. “U2 and Apple have a special relationship where they can start to redefine the music business,” said Apple’s Jimmy Iovine back in 2004. While Apple certainly has had a huge impact, U2 has simply trodden further into ‘dad rock’ territory.

As with any ‘classic’ iPod, the U2 edition hardware is perfectly good, but would you really want to mark yourself out as a U2 obsessive with a signature red and black iPod? 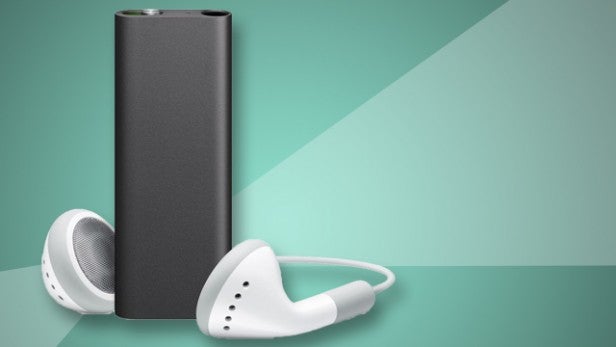 There are very few design duds in Apple’s line-up. Its attention to detail is just too good to let many bad bits through. However, the 2009 iPod shuffle 3rd generation let the side down.

All shuffles get rid of the screen, but this now dumped the buttons too. It’s the only shuffle that did, telling you what the reaction was. All you get on the shuffle itself is a belt clip and a little flicker switch that toggles between shuffling tracks and playing them in regular order.

Everything else was designed to be handled using the remote built into the bundles Apple headphones. And for that reason, we’re out. In the iPod shuffle 3rd generation’s favour, it is absolutely tiny. 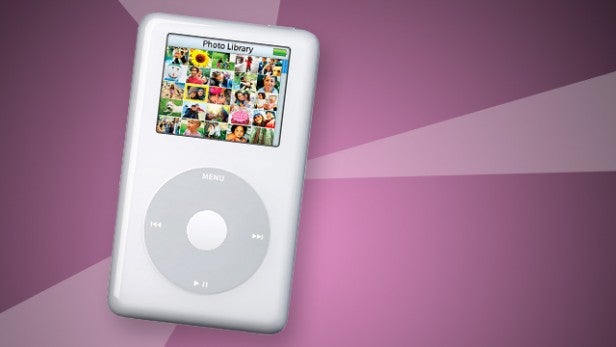 More a case of faulty timing and marketing than actual bad design or hardware, the iPod Photo left a bit of a bitter taste in the mouth back in 2004. This was when the iPod line ‘went colour’.

However, the whole range didn’t get the upgrade. Instead, monochrome versions were sold alongside colour ones. And of course the colour iPods cost a whole chunk more, without much at the time to really make a colour screen worthwhile.

These were pre-Cover Flow days, and even back then the idea of looking at photos on a 2-inch 220 x 176 pixel screen wasn’t convincing. It cost £429 for the 60GB version, a pretty eye-watering sum that would drop all the way down to £299 for the rather better 5G model the next year. If you bought an iPod Photo a decade ago: sorry.