Good Lock seems like it could be the future of TouchWiz, and you can try it now

Samsung has come a long way with its phones in the past few years. While the Samsung Galaxy S5 was dull, ugly and unambitious the Galaxy S7 and S7 Edge are two of the best phones out there right now.

Yet, while Samsung has upped its design game it still falls behind in one area: software.

Is the Samsung Galaxy the best phone you can buy right now?

TouchWiz has long been the butt of jokes, whether it’s down to those annoying bleepy-bloppy sounds every time you tap something or the childish and cartoony icons. And even though Samsung has now overtaken the competition in terms of industrial phone design, TouchWiz has mostly stayed the same.

It seems like things might be about to get a little bit better though, if Samsung’s new Good Lock app is any indication of the brand’s future UI plans.

I’m not really sure how to describe Good Lock. It’s a free app, available on the Galaxy App Store (yeah, that’s a thing), that is far more than just a lockscreen replacement. It spruces up the notification panel, rearranges the multitasking screen and alters some of the fonts.

The result? A more stock Android experience in certain areas, along with some other nifty shortcuts that are actually helpful. To be honest, I’m a little surprised this wasn’t just the default UI for the S7 and S7 Edge.

Some of the coolest Good Lock features include: 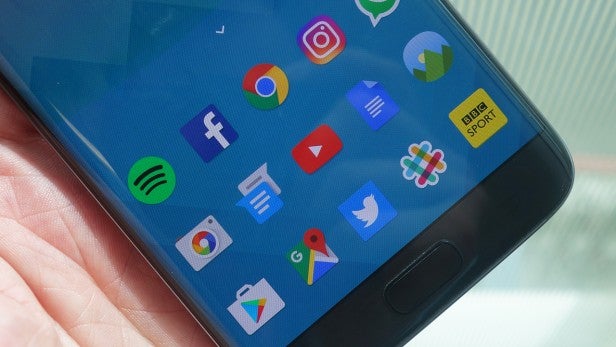 TouchWiz gives you quick access to two shortcuts on the lock-screen, but Good Lock ups that to to as many as eight. You can also swipe up from the bottom to quickly get at even more shortcuts. This is a real time saver.

Once a basic feature of Android, the ability to plonk widgets on your lockscreen was ditched in Lollipop. But Samsung has brought it back with Good Lock. The implementation is a bit clunky, mostly because you have to unlock the phone with a pin-code or fingerprint to actually see the widget, but at least it’s there if you want to use it.

Samsung’s default notification panel is busy and ugly, but Good Lock changes this. It now a very familiar shortcuts menu that’ll feel familiar to anyone who has used a Nexus device and it lets you prioritise notifications by moving them to a ‘Keep’ section. It looks so much better, is far simpler, and overall it’s a huge improvement.

Related: How to de-TouchWiz your Samsung phone 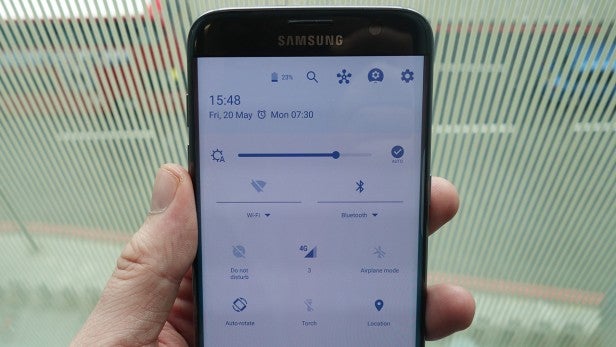 A reimagining of the multitasking menu

This is probably the bit of Good Lock I like the least, though thankfully it can be turned off. It reimagines the multitasking menu, ditching the overview of each app for a sparse list of app names. It certainly crams more in, but it feels a bit bland. I like seeing a snapshot of the app, rather than a text list. 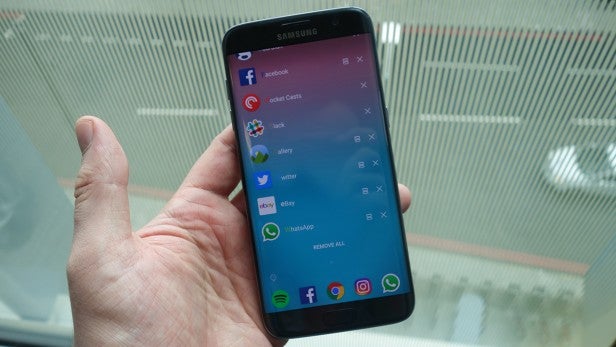 A bevy of other UI tweaks

There are some smaller changes in Good Lock too. The font has been tweaked to be more like stock Android, shortcuts now appear on the multitasking screen and you can alter the look of the clock widget. 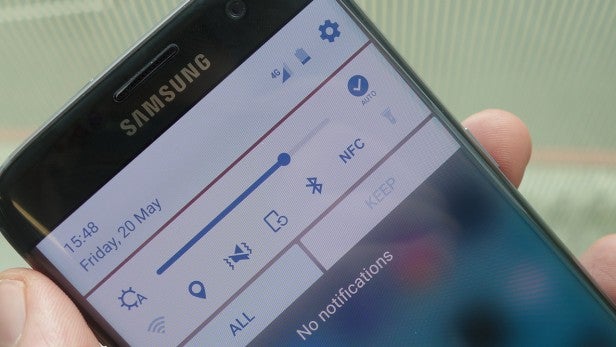 Not everything is perfect though…

As with any early build of an app, there are a couple of issues with Good Lock. Thankfully none of these extend to the performance, which isn’t that different to the regular build of TouchWiz.

Good Lock is available as a free download from Samsung’s Galaxy App Store and is compatible with both the S7 and S7 Edge, plus the Note 5, S6, S6 Edge and S6 Edge+.

Have you switched to Good Lock? What do you think? Let us know in the comments.