The Samsung Galaxy series of phones has become one of the most important in the world. Its flagship handsets, including this year’s Samsung Galaxy S4, are the most-anticipated mobile devices alongside Apple’s iPhones. But how did it get to this elevated position, and where did the Galaxy range come from?

What is the Samsung Galaxy series about?
In its most basic form, the Galaxy range is Samsung’s name for its Android phones. Although each year’s top-end model claims most of the limelight, almost every Samsung phone running the Android OS wears the Galaxy name. Only a few bizarro India-region handsets miss it off.

As Samsung’s Android phones are by far its most popular models, the Galaxy brigade has come to dominate the company’s phone line-up. However, they’re not the only Samsung phones out there.

Samsung’s Windows Phone 8 mobiles wear the ATIV badge, and its former Windows and Symbian mobiles tended to go under the Omnia banner.

You won’t find Omnia phones on the shelves too often these days. It’s the same tale with Samsung’s almost-forgotten Wave phones – which used the now-dead Bada system.

Although the Galaxy name has become a powerful brand in itself, it’s no more an indication of quality than the Samsung name.

This first Samsung Android phone was the Samsung i7500 Galaxy. It had a 5-megapixel camera, 8GB of storage, a 3.2-inch screen and a 528MHz single-core processor – and was announced all the way back in 2009. 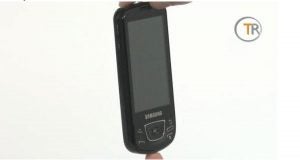 A meek start to a powerful dynasty

Samsung dominates the Android market nowadays, but in those early days HTC took a much more aggressive approach to the system. By then it had already released the first Android phone to come to the UK, the T-Mobile G2, and the cute-as-a-button HTC Magic.

In all honesty, we’d never had guessed what a hulking behemoth Samsung’s Android division would become back in those days.

Even once the “S” series mobilised in 2010 with the Samsung Galaxy S, its domination was by no means secured. At the time, HTC continued to dominate design-wise in many people’s eyes. In this year, HTC created one of its most important Android phones, the HTC Desire.

With a metal body and more recognisable design than the Samsung Galaxy S, the HTC Desire was the more memorable device.

The release of these two phones was the consolidation of the screen inch war trend, of which we’re seeing the final acts play out today. In 2010, their 3.7-inch and 4-inch screen seemed huge. How things have changed.

Consistency – A recipe for success?
Since the Galaxy S, Samsung does not appear to have altered its design methodology. Its flagship phones have all used light plastic bodies, offered removable batteries, sported ever-increasing screens and expandable memory.

In doing so, the phones have arguably not been all that dynamic, but they haven’t alienated their core phone geek audience one bit. This is perhaps the key to their success.

By comparison, arch rival HTC’s phones have jumped all over the shop. The meaning of its brand names have been wildly inconsistent – the Desire name having migrated to the budget end, the new One range spread across the price range and the new HTC One bearing a near-identical name to its last-generation relatives.

Although it prides itself on including cutting-edge tech in its phones, the Samsung Galaxy S range shows a figurative tortoise “slow and steady” approach to product development in some respects.

However, can the Samsung Galaxy S4 continue the upward trend? In February, Gartner announced that mobile phone sales had decreased for the first time since 2009. Samsung is the mobile market leader, with 385 million units sold in 2012. A dip in the mobile market can’t help but affect this mobile wizard.

Do you have your eye on a Samsung Galaxy S4? Let us know what you’re looking forward to most in the comments.