Video chat station
Video chatting is something that you don’t need all that much power for, and that is now squeezed into many new gadgets. Laptops can do it, tablets can do it and even phones are mostly more than capable of doing it too.

However, if you want something a little more bespoke, the Raspberry Pi is just the ticket. It accepts microphones through its audio input, and it should be a cinch to get a webcam working with it. Remember the “You’re fired” scene from Back to the Future 2? Why not recreate it with a Raspberry Pi? 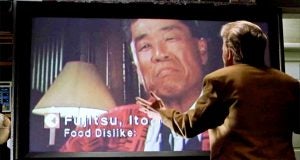 In-car computer
The small size and relatively low power consumption of the Raspberry Pi make it a good fit for an in-car device. However, that’s a pretty wide field. As long as you can contrive some form of portable power for it, anything from a video player for the kids or a hyper-intelligent head unit for the stereo to something that monitors what’s going on in the car’s engine is possible.

The clever car stereo is our favourite of the lot, letting you get functionality that might cost hundreds or thousands if you were to choose such a thing as an option when buying a car. Xzibit would be proud.

Clever NAS box
A very obvious – and useful – application for the Raspberry Pi is as a NAS box. Network Attached Storage is the easiest way to make a data store available to a houseful of computers without using loads of power or requiring any specific computer to be turned on.

The extra intelligence of the Raspberry Pi also makes it particularly useful for those interested in things like Bit-Torrent’ing (for legitimate uses only, of course) and UPnP system integration.  The system itself is powered off a 5v microUSB connection, making it much less power-hungry than a dinky media PC.

LucasArts point ‘n’ click retro station
There’s something special about experiencing retro games in the conditions they were originally transmitted in. Like playing arcade games on a cabinet or 16bit console games with their original controllers, rather than making do with a naff old keyboard. 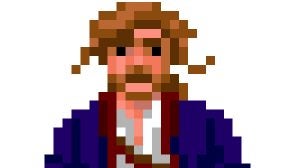 Boot up the ScummVM point ‘n’ click emulator and you can play classic Lucas Arts adventure games (using the original files) and pretend it’s 1993 again. Match it with an ancient CRT monitor, keyboard and mouse snagged on the cheap from eBay and you can put together a thinking person’s retro gaming time machine.

Webcam server baby/security monitor
Hook the Raspberry Pi up to a pair of webcams and you have a low-cost baby monitoring or security system that you’d normally have to pay much, much more for. Couple it with a wireless video sender and the possibilities are even richer.

However, if you plan to setup a system that lets you do all your parenting from your gaming room as you blast through Mass Effect 3, TrustedReviews advises against such a plan.

Have your own plans for the Raspberry Pi? Let us know in the comments.