The Nokia Lumia 925 is the slimmer, prettier version of the Lumia 920. It has a great camera, Windows Phone 8 and is dead easy to use. There are some tweaks needed to get the best out of it, though. Here are our top Nokia Lumia 925 tips and tricks.

Don’t fancy a read? We’ve made video of some of our top tips for new users of the Lumia 925 – you can watch it below. 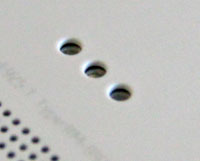 What are the three pips for?
On the back of the Lumia 925 are three mysterious little metal circles, like a little crop circle incident just above the speaker grille. These are the contacts that make wireless charging possible.

Nokia removed integrated wireless charging from the phone to make it slimmer and lighter, so now you have to buy a separate £25 case to get it working. These cases interface with these little metal dots in order to charge the battery. 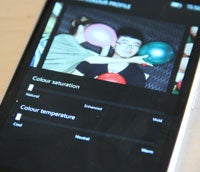 How to change colour saturation and temperature
The Nokia Lumia 925 uses a PenTile AMOLED screen. This uses a large red sub-pixel, which tends to give images a slightly warm hue. AMOLEDs also tend to oversaturate colours.

Both of these effects are visible in the Lumia 925, but you can fix them. Go to Settings>Display-plus-touch and tap the adjust button down at the bottom of the screen. This will take you to a menu that lets you fiddle with the colour saturation and colour temperature of the screen.

Accessing the Siri-like voice assistant
Windows Phone 8 has a voice assistant, much like the Siri feature of iOS. To access it, just hold a finger down on the Windows soft key (the one in the middle). The voice command menu should pop up, and the phone will start listening out for commands automatically.

Identifying tunes without an app
Windows Phone 8 also has a built-in Shazam-like feature, which identifies tunes simply by listening to them. To access this, hold a finger down on the Search soft key (that’s the right one) until the Bing search bar pops up. Then tap the quaver button at the bottom of the screen.

The Lumia 925 will immediately start listening for music. However, music identification will only work if you have an internet connection – it needs to send the snippet to a server for identification.

Scanning barcodes and QR codes, OCR
Right next to the quaver icon of the Lumia 925’s music identification feature is one of Windows Phone 8’s coolest little extras, accessed by pressing the ‘eye’ icon in the Bing search bar menu.

How to turn off Glance 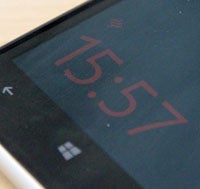 Glance mode is a new Nokia feature that displays a clock on the screen when the Lumia 925 is put into standby – rather than showing nothing at all. It uses a little bit of battery life, though, and some of you simply won’t like it.

You can turn Glance off by heading to Settings, scrolling down to and selecting Display Touch, then flicking right-to-left until you get to the Glance menu. The top option here lets you either turn it off, keep it on permanently, or have it switch off after 15 minutes. There’s also a night mode that makes the clock red instead of white, which isn’t so bright and so is less distracting at night.

How to download maps in HERE Maps
One of the best software features of the Lumia 925 is HERE Maps. This is the phone’s equivalent to Google Maps.

And it’s arguably even better because you can download maps of entire countries for use when offline – all for free. Tap the menu button within HERE Maps (it’s the three-pip icon at the bottom-right of the screen) and tap ‘download maps’. Follow the instructions and you’ll be able to download areas and countries across the globe.

How to change the colour of Live Tiles
As it uses a colour-rich AMOLED screen, it’s a good idea to be careful about which colour of Live Tile you use for the phone’s home screen. To pick your shade, go to Settings and tap the ‘theme’ entry near the top.

Windows Phone 8 offers 20 different shades. We find that the more muted shades of the bottom two rows of colours work best with the Lumia 925.

How to increase battery life
There are a few simple ways to get better battery life out of the Lumia 925. The simplest is to use a black background rather than a white one for the phone’s home screen. You’ll find this option in Settings > Theme. Super AMOLED screens use less battery when much of the screen is dark/black.

Next comes Battery Saver. This mode is found in the Settings menu. It stops apps from having access to mobile internet, and stops them from running in the background – dramatically reducing how much 3G drains the phone’s battery. In the Advanced menu at the bottom of the Battery Saver menu, you can choose whether it’s on all the time or just when the battery level is low.

You’ll find them on Windows Marketplace.

For the best photos, don’t use Nokia Smart Cam 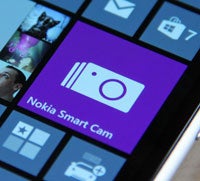 Software-wise, the big whoop about the Lumia 925’s camera is Nokia Smart Cam. This is a Windows Phone 8 Lens that adds a bunch of semi-advanced features to the camera roster. However, in pure quality terms its shots are worse than the standard camera app’s photos.

Nokia Smart Cam shoots a bunch of shots in rapid succession over a couple of seconds. This stops the phone from using the longer exposure times that are a big part of the PureView plan in the Lumia 925, and it also captures photos in less-than-max resolution. The Lumia 925 has an 8.7-megapixel camera, but Nokia Smart Cam’s snaps are only five megapixels a piece.

Do not use the flash
One of the best things about the Lumia 925’s PureView camera is that it stops you from having to use the flash much. We recommend not using the flash in conditions with anything but very poor lighting. LED flashes like the Lumia 925’s unbalance photos, and don’t offer particularly even coverage. The flash control button is the little lightning symbol in the camera app. 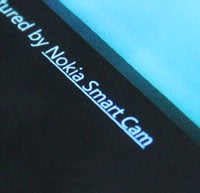 Using Nokia Smart Cam
Nokia Smart Cam can be a little confusing at first. It’s a burst shot mode that lets you apply smart effects to your photos – you can create a multi-exposure action shot, remote moving objects from a scene or use multi-exposure to get the best expressions of people from all the shots on offer.

To access these modes, you need to go to the Photos app, then tap the ‘Nokia Smart Cam’ link that’ll pop up with any shots taken using the app. The modes aren’t actually accessed from within the camera app itself.