A new report suggests that the streaming giant might be in the process of developing its own current affairs show focussed on providing neutral news coverage. Senior Staff Writer Jon Porter weighs up the pros and cons.

In recent years, Netflix has developed a reputation for its prestige TV shows, but a report from MarketWatch suggests the streaming giant may be eyeing up the opportunity of producing a traditional news show.

According to the (anonymous) source, Netflix has identified a space in the market to provide a politically neutral news show to sit aside their satirical talk show efforts fronted by comedians such as David Letterman and Joel McHale.

Few would deny that in an era dominated by increasingly partisan news outlets and newsrooms working off of squeezed budgets that there is a strong need for change.

But is Netflix really in a good position to put together a news show? Join us as we weigh up the pros and cons.

News is an expensive product to produce. Anyone who’s watched Spotlight will be aware of the sheer amount of time and money investigative journalism takes, with the amount of dead ends and fact-checking that goes on behind the scenes of each story.

John Oliver examined the issue in-depth in a recent segment, pointing out that many news outlets (Trusted Reviews included) rely on being able to cite other news agencies to get their information.

Even traditional news outlets rely on this practice, subscribing to news agencies such as the Associated Press and Reuters to provide many of the objective facts that fuel their reporting.

Like others, Netflix would likely rely on a similar service, but that doesn’t change the fact that any kind of news is enormously expensive.

Pro: …but Netflix has a lot of money

Netflix has famously deep pockets and has already committed to spending $8 million on original content in 2018 alone, making it ideally placed to approach a costly news show – especially if it thinks will attract new subscribers to the service.

Given the amount of money the streaming service has at its disposal, its not unreasonable to think that its budget could stretch to the demands of a recurring news segment, and for Ovum analyst Tony Gunnarsson, the move makes “perfect sense.”

“Let’s not forget that the key thing that Netflix always looks for in its quest for original content, is content that focuses on subjects that are perhaps less likely to be portrayed or discussed on traditional TV – whether political, sexual, gender or identity issues, futuristic and visual-stunning drama etc,” Gunnarsson observes.

But would a news show even bring in that many viewers? Shows like The Crown and House of Cards could well have struggled with viewing numbers originally while Netflix found its feet, but their timeless nature meant that people could return to them months or even years after their original ‘air’ date without getting a compromised experience.

News is different. In a fast-changing news environment facts can become outdated quickly as the details of a story emerge over the course of weeks or even months. Netflix might produce a news show on a Monday, only to find that the information is irrelevant by Tuesday morning.

As soon as a news segment is outdated it’s very unlikely that people are going to want to return to it, which would limit the amount of views to people willing to watch on the day.

Pro: …unless they’re approached in the right way

That said, there are ways of approaching the news that can make for more timeless content.

Maybe Netflix is planning on producing informational pieces to sit around big stories rather than reporting on the stories directly. The week a big event hits a conflict zone, the streaming giant could commission a report into the history of the conflict rather than producing up-to-the-minute reports of events as they happen.

This could mean that pieces stay relevant far beyond their original air date, giving people the option to return to them for a refresher of the issues they address.

Additionally, Ovum’s Gunnarsson observed that Netflix could easily produce content that’s globally relevant to maximise its reach, “Netflix will know that even US-centric topics (say the US elections) tends to have traction with Netflix’s international audience as well as its domestic audience.” 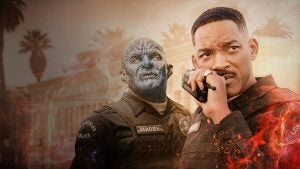 Con: Netflix hasn’t had much success outside of its TV shows…

Netflix has produced some amazing in-house content over the past several years. Regardless of your opinions on the monarchy, The Crown has had two excellently produced series, Orange is the New Black is consistently entertaining, and Stranger Things was one of the nicest surprises of 2016.

But outside of its TV content, its track record has been much more spotty. Each of its Adam Sandler comedies has been more terrible than the last, Death Note was a tacky mess, The Cloverfield Paradox was just plain boring, and the less said about Bright the better.

There are a couple of great titles in there such as Mudbound, which earned its cinematographer an Oscar nomination, but for the most part Netflix’s hasn’t done a great job at stepping outside of its comfort zone.

Pro: …but it’s had some success with factual content before

Although its cinematic efforts haven’t exactly set the world alight, Netflix has already had some success with factual programming, which bodes well for what it might achieve with a news show.

Its documentary on Syria’s ‘White Helmets’ won the company an Oscar back in 2017, and although some have since questioned its accuracy, Making a Murder was an enjoyable watch when it premiered back in 2015.

Ovum’s Gunnarsson also pointed out that Netflix has experimented with similar content such as chat shows in the past.

“Netflix knows very well that its subscribers are not just interested in watching drama series and movies. Indeed, there is already a quite extensive library of documentaries, stand-up comedy and talk shows on Netflix,” Gunnarsson notes.

These successes suggest that Netflix has a certain talent for producing factual content, which it could turn towards producing a news show in the future.

A news show might be a completely new direction for Netflix, but in the context of the company’s broader history, it makes a certain amount of sense.

After all, this way a company that started out as a DVD-rental business, which then painstakingly built one of the earliest streaming services, and then started producing its own (really good) content seemingly out of nowhere.

We take Netflix for granted based on the juggernaut that it’s become today, but diving into original content seemed just as crazy when Netflix first announced its intentions as its forray into news seems today.

Netflix is a company that has consistently succeeded in new areas where others expected it to fail, and it’s always been a business that should not be underestimated.

Would you get your news from Netflix? Let us know @TrustedReviews