Nest Wave is a new way for your smart home gear to talk. Here’s how it works and why it’s a big deal.

So what exactly is Nest Weave? What exactly are the potential benefits to the average smart home dweller? And what has it got to do with Google Weave?

Smart home without the internet

The thing with many smart home devices is that they’re reliant on an internet connection to communicate. That’s fine when you’re talking about hooking up fairly large, powerful devices that don’t need to be in constant contact with you or one another – like your fridge or dishwasher.

But what about the smaller smart home kit that don’t have the size or power to run Wi-Fi, like smart locks, or that require a constant connection, like security systems?

It’s a problem Nest swiftly identified right back when it came on the scene five years ago, so it invented its own low-power, low-latency (100ms) peer-to-peer connection standard. This was called Nest Weave, and Nest has been using it to help its own devices communicate directly for years.

Related: Next vs Hive: What’s the difference? 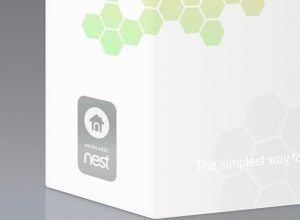 So why the big deal now?

The reason Nest Weave has come up again recently is because the company has announced that it is opening up the standard to third party smart home manufacturers.

This means that smart home devices not made by Nest will be able to directly communicate with Nest devices, each other, and the Nest app using Nest Weave. At present they can do so, but only through a Wi-Fi connection using Nest’s cloud API.

Nest says that Nest Weave is “reliable, compact and secure,” so it will be useful for all kinds of smart home products – including battery-powered door locks and security systems that need to operate even when your Wi-Fi signal drops. 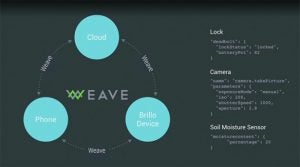 Is it the same as Google Weave?

Nest is owned by Google, and there’s a thing out there called Google Weave. So, is Nest Weave associated with Google Weave in any way?

Confusingly, no, it’s not.

Google Weave is the common library of terms and commands that is used by Project Brillo, an Android-based smart home platform. It has nothing to do with Nest at all, despite sharing a similar ‘smart home language’ theme.

Having said that, Nest is working with its owner on Google Weave compatibility. Which only makes things more complicated.

Related: What is Google Weave? 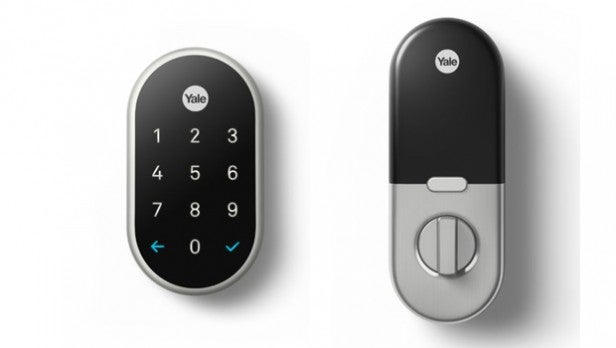 Any device that adopts Nest Weave will receive the Works with Nest logo on the box, so you know it’ll communicate well with your Nest thermostat, camera, and smoke alarm – not to mention other Works with Nest devices.

One early Nest Weave device that’s been highlighted is the Yale Linus – a smart lock from the famous lock company. With Works with Nest status, the Linus allows you to check if the door is open, track the various comings and goings, and create passcodes for family members and guests from the Nest app.

With Nest opening up its Nest Cam API to third parties, the Yale Linus will also be able to utilise the connected camera to show you when someone is using the door.

Nest Weave will be available to developers next year, when the first third party devices (including the Yale Linus) will go on sale.