We compare the new Moto G4 with its ostensibly bigger brother, the Moto G4 Plus, to see which of these new handsets comes out on top.

The Moto G (2016), also known as the Moto G4, is now available. But unlike previous years, 2016’s model is accompanied by a more capable brother, the Moto G4 Plus.

On initial impressions, there isn’t a lot to distinguish the two aside from the name. But there are a few subtle, yet notable, distinctions of which to be aware.

Watch: Hands on with the Moto G4 and G4 Plus

The Moto G4 and Moto G4 Plus look almost identical. Both are slim, have a metal trim around the camera, and feature a textured back that appears distinctly smoother than last year’s model.

These are solid, well-put-together phones with an extra sense of class brought about by their metal frames. However, the rear panel on both phones is a little more divisive, with its soft-touch textured plastic finish. It gets disconcertingly greasy with just a little use, and we prefer the exaggerated texture of previous Moto G handsets.

Aside from this detail, the Motorola logo appears on the rear of both handsets, just below the camera, and the rounded edges make for a pair of sleek and refined devices. 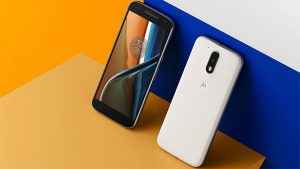 When it comes to distinguishing between the Moto G4 and the Moto G4 Plus then, you’d be hard-pressed to tell the two apart. That is, if it weren’t for the fingerprint scanner on the Moto G4 Plus. Sitting just below the screen, integrated into a capacitive home button, the scanner is exclusive to the Plus model and can be used to unlock the phone in as little as three quarters of a second.

Aside from that, both models are available in either black or white. However, you’re able to customise the phones further by using Moto Maker (Lenovo’s online customisation tool), where the company promises the ability to “switch up colours with interchangeable shells”.

If we were to level one major gripe at both phones, it’s that they’re excessively big. A 9.8mm thickness and 155g weight feels a little chunky, particularly when compared to their smaller predecessors.

There’s also a Gorilla Glass 3 coating, which will help protect against drops and damage.

So what about the Moto G4 Plus? You might be thinking, with a name such as this, that the Plus would feature a bigger screen. Alas, it does not. The screen is exactly the same as the one on the standard new Moto G4.

We’re not just talking about the same size either – it also has the same resolution and the same IPS LCD panel type. There’s nothing ‘Plus’ about this display.

The similarities don’t end there – things aren’t much different in the performance department, either.

You’ll find an octa-core Snapdragon 617 processor and Adreno 405 graphics in both the Moto G4 and Moto G4 Plus. That’s a pretty impressive offering for value smartphones, and should ensure a speedy and stable user experience on both handsets. It’s also a big step up over last year’s Snapdragon 410 and Adreno 306 GPU in the Moto G (2015). 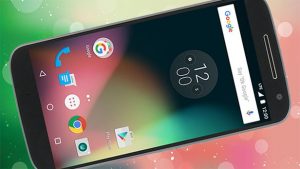 The standard and Plus models also both run Android 6.0 Marshmallow, which comea in a relatively untouched form. There’s the odd tweak here and there, such as showing off the latest notifications and the time when you pick the phones up, but this is essentially pure Android.

When it comes to memory and storage, there’s a slight difference. If you opt for the Plus model, you can get it with either 4GB, 3GB, or 2GB of RAM and 64GB, 32GB, or 16GB of internal storage. The regular Moto G comes with a fixed 2GB of RAM and comes in either a 16GB or 32GB storage option.

Both models support expansion via microSD card, so even if you do go for the 16GB Moto G, you’ll still be able to add extra memory.

Here’s where Lenovo’s new handsets start to diverge. Whereas the Moto G4’s rear camera is closer to last year’s model, with a 13-megapixel sensor and 1080p video capture, the Moto G4 Plus takes things up a notch.

You’ll find a 16-megapixel camera on the higher-end model, which features a number of clever-sounding extras such as rapid focus technologies, laser focus, and phase-detect autofocus. It basically adds up to speedy shutter speed, which means the Moto G Plus’ camera will easily outperform its smaller counterpart’s. 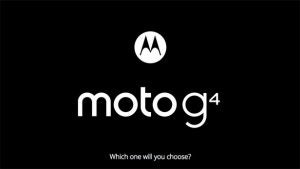 Lenovo claims that DxOMark has rated the camera on the Moto G4 Plus among top smartphone cameras, which makes sense considering the specifications. It has more megapixels than the Samsung Galaxy S7, but then, as this year in smartphones has already made clear, more megapixels don’t necessarily mean better pictures – especially when most phone makers are investing heavily in larger pixels and increased low-light performance.

When it comes to practical usage, the Moto G4 Plus is clearly a step up. It’s better in every aspect of picture quality, its colours are more accurate, and it’s generally more reliable and faster to focus than the G4.

In terms of the front-facing lens, both the Moto G and Moto G Plus come with a 5-megapixel wide-angle camera, which should be more than adequate for the odd selfie and video call.

Here’s another area where the two Motos are the same. Both the standard and Plus model come with a 3000mAh battery, which is a decent improvement over last year’s 2,470mAh offering.

Thanks to a larger form factor this year, the two new phones are capable of housing a more capacious power cell, which is going to come in handy considering the screen has jumped from a 5-inch 720p display to a more power-hungry 5.5-inch 1080p offering.

In terms of our hands-on experience, both phones last through solid day of usage – which makes them pretty average in the grand scheme of things.

Both support fast charging, and you’ll get a full charge in about 85 minutes. With the G4 Plus, you get a Turbo Charger bundled in, which is another advantage over the standard model.

Not bad considering the many spec improvements over last year in both these phones.

Both of these phones are top-value alternatives to the usual flagship mob. Simply judging by the spec sheets of both handsets, the Moto G Plus clearly outdoes the standard version.

If you’ve got the extra £60 to spare, you should definitely consider the upgrade. The camera is better, you get double the storage, a fingerprint sensor, and there’s also a Turbo Charger in the box of the Plus.

Still, there isn’t much to distinguish these two handsets, and for those who aren’t too bothered about camera performance or being able to unlock their phone with their fingerprint, it might just be that the Moto G (2016) offers better value.

Either way, you’re getting a great phone for a superb price.