Mojang has announced what is to be added to Minecraft PE in the eagerly-anticipated 0.9 update. It’s the biggest update to the mobile version of Minecraft to date – exciting stuff.

But what exactly is the update going to add? Here’s a closer look. 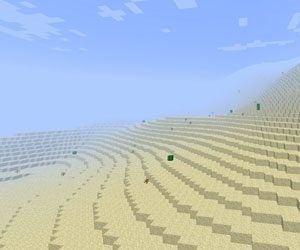 The most significant limitation of the Pocket Edition of Minecraft at present is that its worlds are pretty small. You get much bigger environments in the console and PC versions.

In 0.9, unlimited worlds will be introduced, meaning you’ll never reach the limit of a world – it’ll just keep on going. Even the Xbox One and PS4 versions will have ‘limited’ worlds, suggesting the Pocket Edition of Minecraft may be being used as a testing ground for features to be introduced later in the higher-profile non-mobile editions.

It seems you’ll have a choice as to whether you want to play in a limited or unlimited world, though.

The Android version of Minecraft PE will offer an Immersive mode, supported by devices using Android 4.4 and newer. What this does is to get rid of the Android nav buttons altogether, meaning you’re much less likely to accidentally press them.

To get the nav buttons back, you’ll just have to swipe across from the bottom where the buttons would normally be (so to the side when you’re playing Minecraft PE). 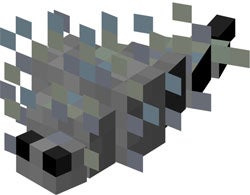 There are just a few types of enemy in the current mobile version of Minecraft – skeletons, zombies and spiders take centre stage. The 0.9 update will bring five new ‘mob’ types.

You’ll get Slimes, Wolves, Endermen, Mooshrooms and Silverfish. These all feature in other versions of Minecraft, but are only now making the leap into PE.

While Minecraft PE currently gives a good cut-down approximation of the sorts of areas you get in the other versions of Minecraft, PE 0.9 will see many more specific environments and objects sprout up (literally in some cases).

We’ll see Redwood ‘taiga’ forests, which are expanses of huge tall trees you don’t currently see in Minecraft PE. In Minecraft these various types of area are called Biomes, and there are 13 new or updates types in the 0.9 update.

Ones we believe to be new to PE include Redwood and Mushroom Island. Here’s the full list of new and updated biomes from the Mojang blog:

It’s not just about new zones, though. Minecraft PE 0.9 will also introduce villages with NPC villagers, which previously were not available in Pocket Edition. It’s our belief that this may be in part down to the improving specs of entry-level phones.

0.9 also sees changes in the way caves are generated in various areas, and you’ll also start to stumble on abandoned mine shafts in your travels. What we’re seeing is PE start to offer richer and more nuanced worlds to explore – a big development in Minecraft PE.

Minecraftt PE 0.9 will see 20-plus new blocks introduced, which should prove a big enriching factor for players who have already been on the Minecraft cart for quite some time. Here are the new types split into their various categories: 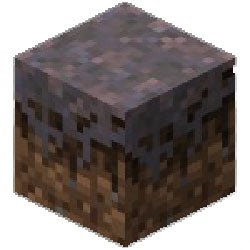 More fixes and tweaks than you can shake a block at

As well as introducing reams of new features, Minecraft PE 0.9 will also do what most smaller updates do – tweak and fix. Spider AI has been tweaked, there are now ‘drip’ particles for lava and water. Clouds look better, lighting effects have been improved and sleeping no longer gives you a full health refresh if you’re playing in normal difficulty mode.

Mojang has no doubt made many more stability improvements that aren’t worth mentioning.

Should we be excited?

Minecraft PE 0.9 sees Mojang kick up Pocket Edition to the next level. It’s really no longer the poor relation of the Xbox 360/PS3 and PC versions, much as they may still boast features PE doesn’t have.

When is it out? Mojang has already reportedly pushed the update to the Google Play Store, although at the time of writing we’re not seeing it here in the UK. Drop us a line in the comments if you get hooked up with Minecraft 0.9.

Next, read our best games round-up