This week an app launched that, if successful, will result in loss of life. If you’re saddened by the ever-increasing toll of suicides caused by social media bullying, just wait until Peeple hits its stride.

The new app will make it possible for folks to leave each other star ratings; not based on their professional skills, a la Yelp or LinkedIn, but their quantified opinion of that person as a member of the human species.

Imagine this in a high school environment? Life is tough enough for teenagers in the social media era, without something like Peeple allowing vindictive bullies to leave cowardly anonymous star ratings for kids who listen to different music, dress differently, weigh more, or whatever.

All Peeple does is compute the perennial popularity contest and make it visible to the world. Sorry kids (and grown ups), you’re just going to have to deal with that along with everything else.

It strikes me the founders must have performed pretty well in the popularity stakes back in the day, because nobody who has experienced bullying would ever think Peeple was a good idea.

It’s not just young people this threatens. How about the workplace? Outperforming a jealous colleague? 1 star. Dating the person someone else likes? 1 star. Accidentally farted at your desk and cleared the room? 1 star.

What about society? If you dare to have unpopular views on politics or social issues, you’d better believe you’re getting rated for it. Just look at how people on Facebook are treated like lepers if they express any view that’s not spotless in its political correctness.

All this will do is further the homogenization of freedom of speech where folks are afraid to say anything through fear of reprisal or shaming.

And how will relationships be affected? Jilted ex-partners, people who’ve been politely turned down and bitter former friends will all get in on this.

I find that the prospect of ‘a fresh start,’ is one of the most endearing things about western culture. Whatever goes on in life, you can generally move somewhere new, switch jobs, leave old relationships behind, learn from your mistakes and have another crack at it.

Wiping the slate clean will no longer be possible in a world where Peeple becomes ubiquitous. Your star rating and your little mistakes would follow you everywhere, like a criminal record.

Potential new friends and partners, not to mention employers, will be guided by it. They wouldn’t check out the hip new burger joint if it was only getting two-star reviews on Yelp, so why would they give you a chance? 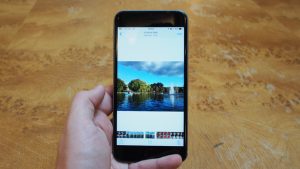 Making new friends as an adult is already tough. We’re so much more guarded than we were as kids, while the shared history and understanding we have with our longtime friends makes it questionable whether it’s really worth the effort and time it takes to get to know someone new.

And what about naturally introverted people who struggle to make new friends anyway and feel less comfortable around new people? Are they really going to open up with the prospect of being judged and rated on the internet? Why would they even bother?

Sure, the creators have identified a gap in the market. They’re offering something that isn’t there right now. However, there are no apps explaining how to produce crack or concoct homemade bombs either.

Do you know why those apps don’t exist? Because they’d be a f*****g terrible idea that would be of huge detriment to society.

The founders say they wanted an app to help them know who to trust with their kids. So make a babysitting app, rather than something opening every human up to public judgement every time they’re having a bad day and aren’t presenting the best version of themselves. Don’t build something that likens human beings to your skinny bloody latte from Starbucks.

It’s not very nice being judged online, as co-founder Julia Cordray found out this week. Check out the most ironic Facebook post ever

Props to T3.com for its headline: “Founder of app that judges people online is annoyed about being judged online”

Seriously though, this is the start-up scene at its absolute worst. So steadfast in the belief their little idea is changing the world for the better, there’s no consideration for the collateral damage to society at large.

Before it’s too late…

However, there is still hope. One of the strange little anomalies about start-up culture is ideas are often worth as much money as finished products. Apparently, Peeple is being valued at $7.6 million without any member of the public ever using it.

If I happened to a venture capitalist rather than a lowly writer, I think I’d be throwing a generous $10m at the Mean Girls in order to buy Peeple and shut down their indictment of humanity.

Anyone want to do a Kickstarter?

Do you agree with Chris’s damning verdict on Peeple? Let us know your thoughts in the comments section below.