I dismissed the Xbox 360 Kinect as a passing fad, a gimmick to whip out when your mates are over or to entertain children, not a serious gaming accessory. That’s why I and most of the TrustedReviews crew were puzzled when Microsoft put such a strong focus on the new Kinect for Xbox One in its launch announcement.

If you haven’t heard already (if not, where have you been?), every Xbox One comes with a Kinect as standard. It means the Xbox One is a whopping £80 more than the PS4, a serious sore point considering all indications show the Xbox One is less powerful, too. Less powerful and more expensive: pretty ridiculous, right?

Microsoft retorts that Kinect brings benefits both for gamers and developers. That’s a nice sound bite, but the proof is in the playing, which is why when Microsoft offered some demo time with the Xbox One, I decided to dodge the obvious options and spend all my time playing with Kinect to see if it really adds something to the Xbox One experience. 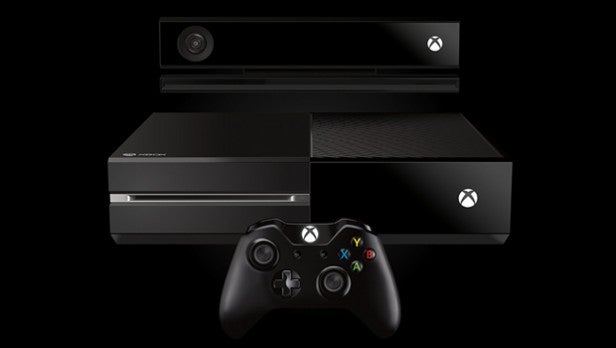 If (like Microsoft) you forget the games for a minute and focus solely on the Xbox One’s dashboard, the Kinect is a genius bit of kit that will see you zipping around the dashboard without so much as a button press. Voice commands take out several navigation steps, which is more than enough to justify the slightly weird feeling of talking aloud in an empty room.

I was skeptical – as I’m sure you are – about the responsiveness of Kinect for navigation, but even in a crowded and noisy space the Xbox One voice commands worked perfectly. Virtually pulling in from the sides of the screen when watching a movie or playing a game takes you back to the Xbox One dashboard instantaneously, and stretching said picture back out again returns you to the game or other content without skipping a beat.

The Xbox One Kinect is clearly much smarter than its limited predecessor. For instance, one of the things I found very frustrating with the 360 Kinect was the inability to have other people in frame while trying to play a game. With the Xbox One, it picks out the player even in a crowded and bustling environment, and very quickly as well. 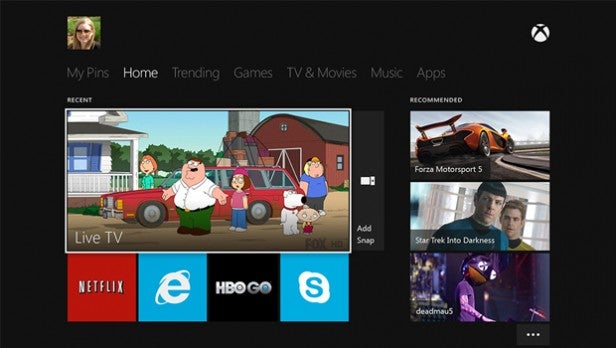 The Xbox One dashboard

Now, although the 360 Kinect is certainly flawed, it has served as a useful building block for the next-generation. Building on the existing Kinect framework, Microsoft Studios and developer Rare will release Kinect Sports Rivals in Spring 2014, but is offering wake racing as a free day one download for Xbox One owners – known as Kinect Sports Rivals Preseason.

Rare already developed Kinect Sports 1 and 2, so has plenty of experience with Kinect, but decided to create an Xbox One Kinect game due to “unfinished business” with the motion gaming peripheral. I’m so glad they have.

, explained Nick Burton, Development Director of Kinect Sports Rivals at Rare. “It’s so much more robust. The fidelity is that much higher. It’s been a lot of hard work but it’s worth it.”

These comments are borne out from my time with Kinect. It’s easy to see how the Kinect gaming has changed with the Xbox One. Forget the over-exaggerated, laughable actions you had to make with the 360 Kinect. It’s now far more natural, like an extension of your body rather than Being John Malkovich puppet strings.

For example, the wake racing on Xbox One really feels like you’re controlling the Jet Ski. Opening and closing your hand increases or decreases your speed, while kicking your hip out on a turn will make it sharper, just as it would in real life. All the small turns you make are reproduced in game too, something that was not present in the 360 version.

The input lag that made the original Kinect a chore has disappeared entirely. Its responsiveness on Kinect Sports Rivals surpassed all my restrained expectations and lived up to what I originally hoped Kinect would be when it was first announced back in 2010.

The new Kinect tackles another huge problem, too: space. Previously I couldn’t buy a 360 Kinect because it required a large room in order for it to work correctly, but I moved really close to the sensor and it still worked perfectly. The old Kinect was useless in small rooms, but this clearly isn’t a problem now.

What about other games?

Microsoft has been pretty explicit in stating Kinect is bundled to encourage developers to use it. It’s a shame, then, that there aren’t a huge number of Kinect titles at launch, though there are at least some examples to talk about.

One such example is Zoo Tycoon, another exclusive Xbox One title.

On the surface, Zoo Tycoon is still the same simulation title that launched in 2001, but with some next-gen enhancements and twists. The majority of the game is controlled with a gamepad, but the developers have introduced Kinect interactions unique to each animal enclosure.

These interaction are mostly tailored for children, I still found them to be endearing and an innovative way to incorporate Kinect without it being overbearing or a requirement to completing the game.

One particular highlight is the “Monkey See Monkey Do” mini-game that will see you pulling faces and making movements for the little chimp to copy. These are startlingly accurate due to the Kinect’s new camera and the finger recognition and will leave kids young and old giggling.

“You can get a heightened level of precision with Xbox One,” said Jorg Neumann, Zoo Tycoon Studio Manager at Microsoft Studios. “Kinect for 360 was your typical first-gen technology. There were things it was great for and some not so great.”

I hope that more developers will integrate Kinect in this way as there’s often no need for an out-and-out Kinect experience, but its inclusion certainly enhances game immersion when executed in the right way.

D4: an ambitious take on Kinect

A potentially more compelling title for the ‘core’ gamer audience is D4, a game that runs with the idea of ditching the controller entirely. It’s one of the most unusual titles I’ve seen for the Xbox One so far.

D4 (which stands for the rather bizarre title “Dark Dreams Don’t Die”) is an episodic thriller that is played only with Kinect gestures and voice controls. It’s an intriguing idea, but it has no confirmed release date as yet and is still in fairly early stages of development.

In D4 you’ll be able to explore the environment, discover clues, interrogate suspects and even fight them all using Kinect for the Xbox One, something that wasn’t possible with the 360 because it couldn’t recognise individual fingers.

However, D4 is nowhere near ready for release as the game failed to recognise my skeleton, was clunky and complicated to navigate. Is there potential? Definitely. But it’s way too early to say whether D4 will be the game that makes or breaks Kinect and the Xbox One.

Returning to my opening question, the answer is two-fold.

The hardware improvements Microsoft has made to the Xbox One Kinect are abundantly clear, as is the peripheral’s potential. It’s so much more accurate, flexible and immersive that it has the potential to create some great experiences in future. Potential the 360 Kinect never had.

But that’s all it is at the moment: potential. There’s just no big software title that really shows off what the Kinect can do, certainly not at launch and none even in the so-called ‘launch window’. D4 could be that game, but it’s easy to see why it doesn’t have a release date yet. It’s not ready for prime time.

I can see enough potential in the Xbox One Kinect to sink my money into it. I’m truly excited about the future for this motion gaming peripheral. I just hope I won’t have to wait too long to see that potential realised.

Next, read our Xbox One vs PS4 comparison.