WWDC 2012 starts on Monday June 11. Apple’s keynote starts at 6pm UK time on that first day, and it’s when we’re likely to find out all the juicy updates iOS 6 will bring to the iPhone and iPad ranges. Although Apple hasn’t let slip about any features yet, we already have a pretty good idea as to what will, and won’t, appear in the update. Read on to find out more.

The iOS 6 Features We’ll Get (Probably)

Built-in Facebook
Many Android phones have had fairly deep-rooted Facebook integration for yonks, but it could finally be coming to iPhone and iPad. The key question with any built-in features this is whether they are easier to use than a third-party app. If the answer is “no”, there’s not much point. However, we can’t imagine Apple messing something like this up – it just cares too much about user experience.

Siri on iPad
The virtual voice assistant Siri is the coolest feature of iOS that no-one really uses (if you do, give us a shout). And it may finally be coming to iPad. At present, Siri is only available on iPhone 4S. The new iPad makes do with a simpler dictation function – which you can’t ask silly questions when you’re bored. 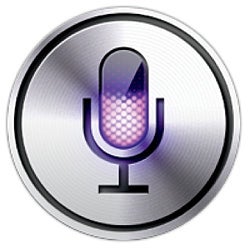 iCloud Tabs
iCloud is Apple’s cloud storage service. It’s about to get a lot more useful, thanks to iCloud Tabs. This syncs the state of Safari web browser tabs between devices – whether they’re using OS X or iOS. This should come in very handy for those who switch between using a Mac and iPad or iPhone day-to-day. It’ll be implemented through an iCloud Tabs sub-menu, which will show you the tabs open on other devices.

New Maps
Screenshots of Apple’s new Maps app have already been leaked. They show that it’ll incorporate snazzy 3D-rendered views of buildings (in big cities only, we’d wager) once you get real up-close. This is the first time Apple will go out on its own, ending its mapping partnership Google – its devices currently use Google’s maps. 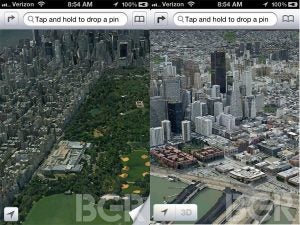 Mail VIP
A feature already seen in the Beta version of OS X Mountain Lion, Mail VIP makes it easier to organise your email inbox. You mark important contacts with the VIP star, letting you propritise emails from friends over those erectile dysfunction spam mails.

Do Not Disturb
A great idea for anyone who uses their iPad for work purposes, Do Not Disturb is a switch within the Settings menu of iOS 6 that stops all notifications from popping-up, removing distractions. However, it won’t stop you clicking on those home screen games icons – which we’ve found to be more of a problem mid-slog.

New-look iTunes and App Store
Apple’s portals for music, movies, books and apps are all reportedly set to be given a spruce-up with iOS 6. Although all are fairly easy to navigate as-is, it’s a good way for Apple to combat the moves made by Google recently in merging its various movie and apps zones into the all-encompassing Google Play store. That said, we like the semi-segregation of Apple’s setup at present – hopefully it won’t turn into a free flowing hippie commune of content.

New-look interface
A clear interface is one of the best things about the iOS platform, but it’s due for a tweak. It won’t feel different, but iOS 6 is set to change how it looks a little. The blue and black menu elements are to be switched to cooler silver (/grey) shades. It should give the platform an altogether more up-to-date character. As yet, we’re not sure whether this will be a user-selectable theme or an imposed change.