The Evolve beta seems to have gone over very well. What did Turtle Rock learn from watching players tackle it?
We’ve learned a lot! There were some match-making hiccups and there were delays for people who wanted to play in a party – but I think that’s more down to the limited numbers of players we had. We haven’t seen much feedback on the Evacuation Mode yet so I hope people played it. 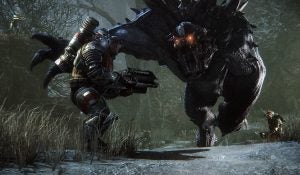 Evacuation Mode looks like it’ll be a tough mode to release. In the opening montage of the Mode, you announce that its elements can be combine in over 800,000 ways making it very replayable.

Yes, there are a lot of random elements to it. You start off on a map that’s randomly chosen and then that map’s position on Sheer determines your choice on where you can go next. Throw in different map perks, different Hunter groups, different monsters and you have a lot of variables.

There’s also an environmental element in the form of map bonuses – depending on who wins between the Hunter and Monster gives an edge to one side in the next match. My favourite at the moment is the map, which has a weather control tower in it. If the Hunters win they save the tower and the next map they play on, it’s sunny and bright, which isn’t great for the Monster because they’re much easier to see. If you win as the Monster, the next map dark and drenched in rain and there are plants in it that eat people. 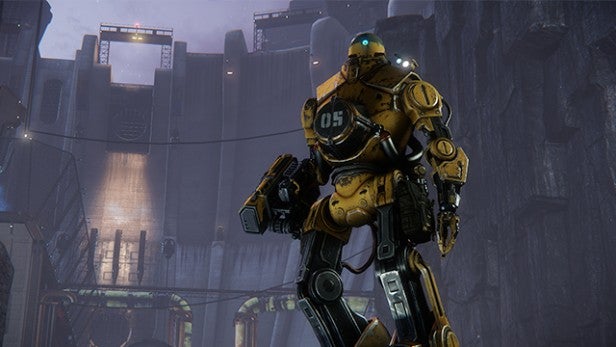 Is there any particular class or creature or character that’s proven to be more popular than the others?
Well, Bucket’s really popular but that might be because he’s a rather funny robot. We’ve had a lot of people who played Medic and really enjoyed it – and they didn’t expect to because Medic is usually a boring role in most shooters.

And in this instance, the Medic is arguably the most important member of the team?
The thing is that the way Evolve is laid out, there’s no one character that’s more important than the others. Support is often the last character standing because they can cloak, run away and bide their time while the rest of their team respawn. If you lose your Assault you’re not going to be doing as much damage, and depending on the composition of the rest of the team, you might be in a position where you’re basically throwing rocks at a wall. If you lose your Trapper and the Monster gets away, you’re essentially lost – unless you get lucky using Bucket’s UAV head.

I think people mainly are choosing their preference based on the characters they feel drawn to. There’s been no overwhelming landslide of people choosing one Class. 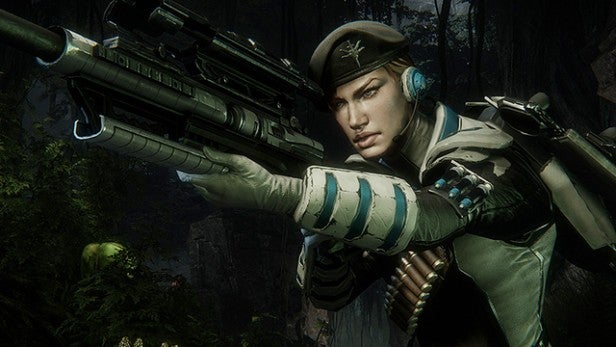 This game must have been an absolute pig to balance.
Oh it was. It is. A huge pig. A very large pig. With the 4V1 set-up, players are skeptical about balance right from the start. We play for hours in the studio; there’s a ton of play-testing both at Turtle Rock and 2K.

Chris [Ashton, Design Director on Evolve] is something of a genius when it comes to balance; he sees it all.

There was an example where the Wraith Monster was having trouble fleeing from the Hunters. She’d attack and she could do loads of damage, but she’s not a damage sponge like Goliath is. If we increase her health, we need to increase the cool-down time on another ability.

Once you look at everything that goes into Evolve, there’s also the opportunity to make it a big beautiful balancing act. We do see on our figures from the bet that there’s currently a 51.5 per cent win rate for the Hunters – and that’s about as close as you can get to 50 per cent with a bunch of mixed, new and seasoned players as you can hope for, really. 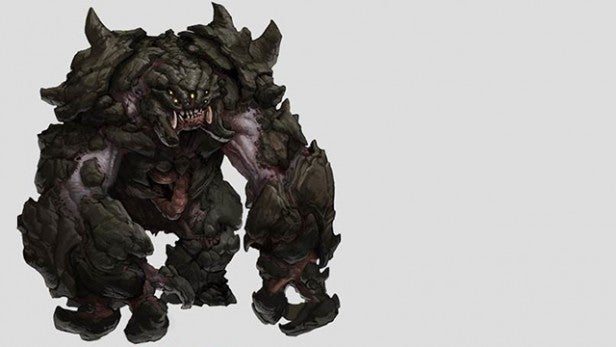 How does the Behemoth (the Monster available for players who pre-order Evolve) feature in this mix? Has anyone been allowed to play it yet?
No, we’ve started testing it in the studio – I haven’t even played with him yet because we’re still working on him. We know his basic abilities and how he moves and how he’s supposed to feature in this cast of monsters. He’s in alpha stage right now. Due to the nature of the gameplay and the fact there are so many moving pieces, balance is incredibly important because if you get it right, it’s fun, but get it wrong and the whole thing becomes incredibly frustrating.

You have given players the ability to list their preferences. How influential is that to proceedings? And does the process look at how much I’ve unlocked in a certain class, for example – and decides I’ll be more use in a role that I’ve listed down the preferences?
I don’t think our matchmaking is quite that clever. In fact I don’t know of any matchmaking in a game that’s quite that clever. That sounds very cool, though. I like that idea. That could be a goal we move towards, but at the moment we do our best to match you with the role you’d prefer.

I could spit out a stat but it would be bullshit, but basically, most of the time you’ll land up in the role of your second or third choice. We have to balance that, though, with matching you with players who are on your skill-level and the mechanics of that are still being tweaked. 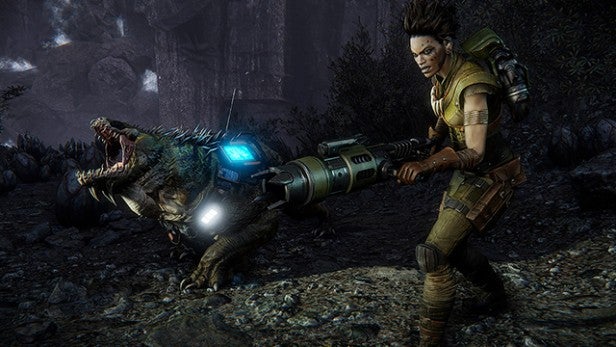 How much more content is planned for the final release?
I don’t think we’ll be creating any other classes; any more than four would be quite obscenely difficult to find a balance with. The initial scope of the final game is twelve Hunters – split across four Classes – and three Monsters. [After the initial previews] people became really excited about the game so we decided to make more Monsters – that’s when we started work on Behemoth. He’ll be coming out a month or so after launch.

We have a fifth Monster that we’ve mentioned in passing and two more Hunters. So there’s more stuff in the pipeline and Phil [Robb, Creative Director] and Chris have tons of ideas. If people fall in love with the game the way they did with Left 4 Dead there’s always the scope to add more content.