Elon Musk is the billionaire entrepreneur co-founder of PayPal, and inspiration behind Robert Downey Jr’s portrayal of Tony Stark in the Iron Man film franchise.

Musk is also CEO and CTO of SpaceX, CEO and chief product architect of Tesla Motors, as well as the chairman of SolarCity.

All of this already makes Elon Musk pretty darned cool, and certainly unique. But the imagination and entrepreneurial spirit behind Musk’s rise to fame has yielded some truly out there ideas that would have had a less rich and influential man committed.

Here are five of Elon Musk’s craziest tech ideas, and how close we are to realising them.

Musk wants to offer low-cost and unfettered internet access for all. How might he achieve this, you wonder? He means to do it by launching a fleet of satellites into space, of course.

Musk’s space transport company SpaceX is in the early stages of producing a number (as many as 700) of micro-satellites that can operate together in large formations.

We’re talking high-volume, relatively low cost units here. According to a WSJ report, each satellite will weigh 250 pounds (113kg), and will come in at a total cost of $1 billion.

Musk is reportedly working with WorldVu Satellites to get this very real project done.

A full announcement is set for some time over the next two to three months, according to the great man himself. It seems as if the way to make the internet available to everyone in the world could be to take the technology out of it.

Is Elon Musk’s plan to launch his own globe-spanning satellite internet network not crazy enough for you? Perhaps his plan to solve his own commuting frustrations on the east coast of America will do the trick.

So, Musk frequently has to travel between San Francisco and Los Angeles to care to his dual duties at Tesla and SpaceX respectively. As anyone who commutes regularly will admit, it’s one of the most mind-numbing, unproductive parts of the working day.

Rather than sit there with a grumpy look on his face like the rest of us, Musk’s proposed solution, to quote Wired, is to “load yourself into an enormous shotgun shell and shoot yourself 400 miles across the state at 800 mph.” 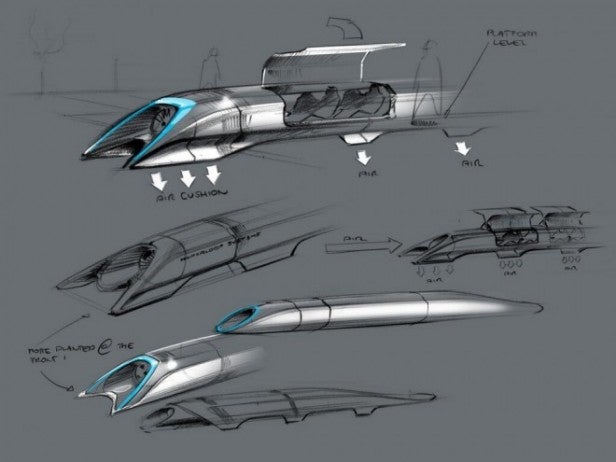 The Hyperloop, as it’s been dubbed, would transport people in individual aluminium pods through specially constructed overground tubes. These would act kind of like those vacuum tubes used to shuttle money around in certain institution, but with significantly less air pressure for obvious health and safety reasons.

What’s more, the Hyperloop could be completely self-sustaining in power terms by coating the top of the vast tubes with solar panels.

The idea is only at the white paper stage at present. Musk anticipates that the Hyperloop could cost as much as $10 billion to construct, and even if someone started on it today it could take as long as 10 years to construct. But the result would be a 400 mile trip that takes just 35 minutes to complete.

Surprisingly, this could be the least likely of Musk’s suggestions to come to pass.

From a completely out-there idea that’s still some way off (if it ever happens) to one seems perfectly sane and, indeed, inevitable.

Still, back in 2006, Musk’s stated vision “to help expedite the move from a mine-and-burn hydrocarbon economy towards a solar electric economy,” seemed pretty lofty – even naive.

Eight years on, it’s easy to forget what a profound impact Musk’s work with Tesla Motors (which he funded using his vast fortune) has had on the perception and all-round viability of the electric car.

Launched in 2008, the Tesla Roadster was the first fully electric sports car, and the first roadworthy all-electric vehicle to enter serial production in the US. It followed up with the sleek Model S (pictured), and now has plans to launch an affordable (just $30,000) electric car called the BlueStar some time in the near future. 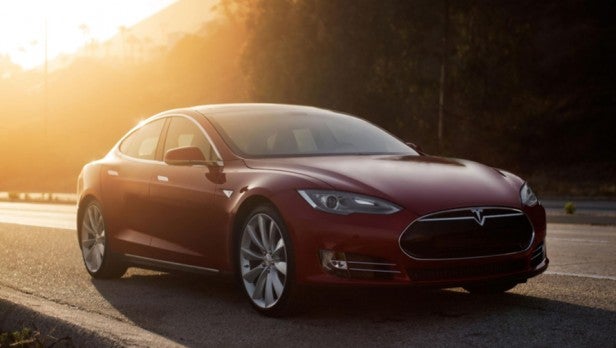 Tied into this is Musk’s and Tesla’s work in building an increasing network of charge stations around the US, and now in the UK and Europe as well. There are now 83 charging points across the European continent.

By making his company’s electric cars both desirable and practical, Musk has taken a considerable step towards the vital mainstream acceptance of automobiles that don’t consume our dwindling supply of fossil fuels. And less than a decade ago, that was perhaps the craziest idea of all.

Musk set up SpaceX in 2002 with a chunk of the proceeds from his $1.5 billion sale of PayPal to eBay. SpaceX was to be something rather unusual – a private space transport company.

SpaceX’s overriding goal is to dramatically lower the cost of space travel by a factor of 100. This would help kickstart the flagging space programs of NASA and other institutions, and would even start to make space travel possible for normal citizens.

This might sound fanciful, but SpaceX has already experienced some success here. The company’s Falcon 1 rocket became the first privately funded, liquid fuelled craft to enter Earth’s orbit in 2008. Then, in 2010, the company became the first to launch, orbit, and recover a spacecraft.

Perhaps the crowning achievement from a commercial standpoint came in 2012, when SpaceX became the first private company to fly cargo to and dock its craft with the International Space Station. Of course, the Dragon capsule (pictured) used in this mission was discarded after usage, and that’s the next major hurdle Musk wants to overcome in his bid to lower the cost of space travel.

Just recently, NASA nominated SpaceX (along with Boeing) to be the first private company to send human cargo up to the ISS, so things are moving apace in Elon Musk’s bid to make space travel easy. 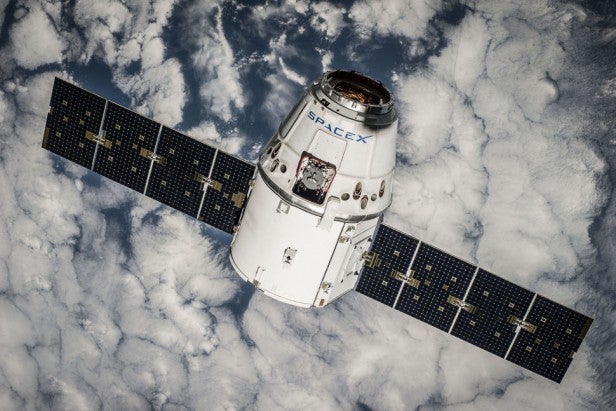 Of course, making space travel affordable might be an ambitious goal, but it isn’t a particularly sexy one. Nor does it sound remotely crazy.

Elon Musk being Elon Musk, he has a far grander, more headline-grabbing goal for his SpaceX company. Indeed, as Musk tells it, it’s the idea that FOUNDED SpaceX. He wants to colonise Mars.

The first stage in Musk’s ambitious plan was to set up a kind of greenhouse on the red planet – to send life the furthest it’s ever been. Images of lush foliage growing on the red planet would, in Musk’s estimation, reignite humanity’s thirst for space travel, and restore funding to major institutions like NASA.

Musk long ago realised that the problem in such a plan would be the cost of transport (see above). That problem being on its way to resolution, he’s again been turning his attention to the idea of colonising Mars.

Musk expects to be able to commence his company’s colonisation efforts in the mid–2030s, and to have a Mars colony up and running by 2040. Speaking to Aeon, he reasoned this way: “between now and 2040, the company’s lifespan will have tripled. If we have linear improvement in technology, as opposed to logarithmic, then we should have a significant base on Mars, perhaps with thousands or tens of thousands of people.”

This initial batch of people will need to pay their own way to Mars, but at an estimated $500,000, it may not be as expensive as you might have expected.

Sounds crazy? Of course it does. It’s Elon Musk we’re talking about here. But that also means that there’s at least a fairly decent chance of it (or something like it) coming to pass.