A couple of weeks ago, EE launched the UK’s first 4G LTE network, finally bringing the new superfast mobile connection to her Majesty’s shores. Initially available in 12 cities across the UK, we were given the opportunity to try out the service to see how well it works, how fast it is and ultimately whether it’s worth investing in.

To this end EE provided us with an HTC One XL – an LTE enabled version of the HTC One X – and a SIM to connect it to the network.  Once setup, we set about testing the device to see just what it could do. 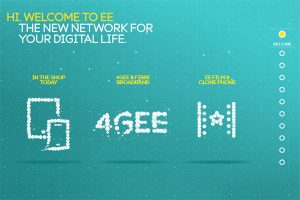 Our first thoughts upon firing up 4G were that it’s all a bit underwhelming. Yes, web pages load quickly and you can stream HD video but sat in an office with Wi-Fi neither of these things seemed overly thrilling. Moving outside, though, and it started to make more sense.

Strolling along the banks of the Thames on a crisp late autumn afternoon, it hit home how satisfying it is to be able to stream uninterrupted, high quality video from YouTube, Netflix, LoveFilm or whatever service you care to name with nary a hitch – you can’t beat soaking up some autumn rays while you take in the latest episode of Mad Men.

Furthermore, if you’re out and about with friends and one of them mentions a killer new game or amazing new app, it’s pretty neat that you can download it in a matter of seconds. A 10MB app, you say? Mine in five seconds flat.

Putting these experiences to the test, the Speedtest.net app shows just how much faster the 4G network is than 3G. On 4G we could get download speeds up to 33Mbps, compared to a maximum in our tests for 3G of 6Mbps. And, although the 23Mbps figure was something of an outlier, we regularly got over 20Mbps and never dropped below 8Mbps.

Now clearly we’re working under somewhat ideal conditions as the load on the network is so light at the moment due to so few people yet using the service. But, it’s likely this significant speed advantage will remain the case for sometime yet given the high entry cost and the inherently slow take up of new mobile contracts. So there’s still plenty of speedy joy to be had before the network starts to clog up. 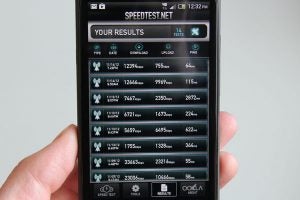 What’s more, 4G is supposed to be more robust when it comes to multiple people using the same access point so there should be fewer occasions where service is completely lost due to congestion, even once the service is in heavy use. Time will tell on this front, though.

Another note on speed is that we were impressed with how well the 4G signal penetrated buildings. There had been talk of the 1800MHz spectrum EE is using for its 4G service would have poorer wall penetration than lower-frequency bands but we saw little evidence of this, with us notably getting full 4G signal in our otherwise very poorly serviced office.

What’s more, we were very impressed by just how consistently strong EE’s signal was. Although we dropped to 3G once outside the nominated 4G zones, we were almost never in an out and out blackspot during our testing, which is considerably more than can be said for some other networks. 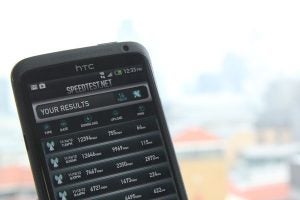 The problem for 4G is that this performance doesn’t yet spread far and wide enough. Sure, if you live and work in one of the big cities that is 4G enabled, your day to day experience will be greatly improved. But, as soon as you’re outside these cities you’re of course loosing all that speed.

The point is particularly pertinent if you’re a commuter. For instance in London, the furthest reaches of the city and all the commuter belt towns don’t yet have 4G support so the bulk of your main train journey (or car if you happen to be driven) into town will be without 4G. For instance, travelling in from Reading we found we only got 4G once inside the A406, which is less than a quarter of the journey. And of course you’ll be without when at home.

But, EE is committed to expanding its coverage by an extra 2,000 miles a month, with plans to have 98 percent of the UK covered by 2015. At that rate there’s reasonable cause for hope that a large proportion of major urban and commuter areas will be covered within the year, if not before. Indeed EE has already committed to having coverage in Belfast, Derby, Hull, Newcastle and Nottingham by the end of the year.

An upside of both 4G and of EE’s good 3G coverage is improved battery life. For the former, 4G is simply a more efficient system, while the latter ensure your phone is spending less time trying to create a connection and more time getting you what you want.

We didn’t have otherwise identical handsets to test this with but Engadget tested using two iPhone 5s – one on Three’s 3G network and one on EE’s 4G – and it found the 4G device lasted two hours longer over a day’s use. 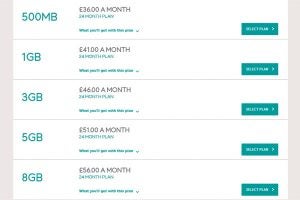 Perhaps the biggest thorn in the side of EE’s 4G offerings are the combination of its prices and data limits. Starting from £36pm for contracts with a phone and unlimited texts and calls, its monthly contracts don’t sound so bad, but for that cost you’re only getting 500MB.

While many people don’t currently use more than this in most months, the key point with 4G is that your usage changes. With it quicker and easier to get content, you’re  much more likely to stream video or music, download apps or simply view more webpages. What’s more, tethering becomes an even more viable option, offering high speed browsing for all your other connected devices. Given this, we’d suggest looking at the 1GB contracts as a minimum with 3GB being a more sensible option. 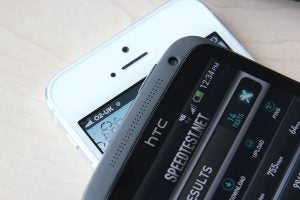 It’s clear that EE’s 4G network works and works well, offering consistently fast download, and upload, speeds in those areas that support 4G as well as offering the country’s best 3G coverage. As such if you live in one of the currently supported 4G areas, there is a lot to be said for paying the premium and enjoying the service while it’s at its likely peak of performance.

Perhaps the biggest concern is that you’re signing up for a costly contract for two years, which is a long time considering competition – and corresponding price reductions – is likely to hot up within six months.

We’ll be continuing to test 4G – this time with the Huawei E589 WiFi hotspot, which is available for £25.99pm with a 5GB limit – for another week and will report back with our thoughts on this tethering-based usage scenario.