A great many of the most important games show up at E3 each year. It kicks off on June 5 and is a good indication of the gaming landscape for the following 12 months. But a few notable game-related bits in the waiting won’t be there. And here’s why…

Xbox 720
According to Microsoft, the successor to the Xbox 360 will not be making an appearance at E3 2012. In January, marketing director Joseo Pinero stated that “at the moment, we have nothing to announce,” and while five months isn’t no time at all, we doubt whether the situation will have changed since. Microsoft’s head of corporate PR re-confirmed this position back in March, saying “2012 is all about Xbox 360.” 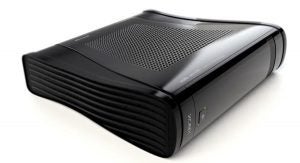 What’s to blame? It’s the “flail your hands and say way-oh” bar Kinect. Microsoft likes to think of the motion controller as having revitalised the ageing console. Not being fans of dancing in front of a TV, we’d rather have the shiny new console. But it will get here, at some point.

No amount of denials can stop the rumour spout from leaking, though. Various reports suggest it’ll be an always-on console that does not have an optical drive, that it’ll use AMD graphics hardware and make efforts to squish the used game market.

PS4
The big man himself, Sony CEO Kaz Hirai has denied that the Sony PlayStation 4 will show up at CES 2012. Back in January, he said “I’ve always said a 10-year life cycle for PS3, and there is no reason to go away from that.” And, much like Xbox with the Kinect peripheral, the new-ish (or at least still developing) PlayStation Move hardware supports this. 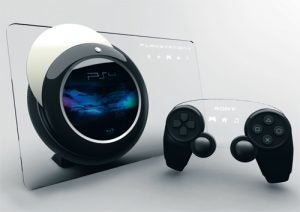 Like the Xbox “720”, the PS4 will reportedly use AMD graphics and may – like 99.5 per cent of PS3s – ditch backwards compatibility. A spokesperson’s denials of a big announcement are about as reliable as trains in a snowstorm, but we get the feeling that hopes for a brand-new console at E3 2012 are a bit far-fetched.

However, that doesn’t entirely decimate the possibility of a new sku. The PlayStation 3 Slim launched in 2009, and several hard drive variations have surfaced, could it be time for a slimmer, perhaps cheaper, model?

Zelda for Wii U
In April, the man behind Mario, Shigeru Miyamoto, candidly revealed that the big Nintendo games being shown off at E3 2012 this year are Mario for Wii U and a new Pikmin title. The other big Nintendo franchise that’s left out as a result is Zelda.

While we may get teased with a snippet of concept art to keep those ardent Zelda fans hooked to the Ninty line, we’ll be our last Rolo that you won’t be watching gameplay footage of Zelda for Wii U next week. However, the Zelda series is likely to have at least one game at the show.

Majora’s Mask for 3DS is strongly tipped to appear at the show. This is a remake of the Nintendo 64 classic from 2000, and a follow-up to the release of Ocarina of Time for the handheld console.

Half-Life 3
It feels as though Half-Life 2 was released half a life-time ago, but its sequel is still unlikely to be on the cards for E3 2012. Although desired by millions, there have actually been relatively few rumblings about the Valve game’s possible appearance at this year’s show.

There is also a complication – namely, whatever happened to Half-Life 2 Episode Three? Although originally slated to arrive shortly after Half-Life 2: Episode Two in 2007, it has never appeared. Some believe that Episode Three will eventually emerge as the fully-fledged sequel to Half-Life 2.

If it is to follow the latest Valve project, Portal 2, in its approach, it’s also likely to come to consoles as well as PC. And we’re not entirely convinced Valve would be happy releasing for Xbox 360 and PS3, when their successors aren’t too far off.

Bioshock Infinite
Bioshock developer Irrational Games has talked plenty about Bioshock Infinite to date. It has released development diaries, shown-off the game’s world and a generous chunk of gameplay footage. So why is it going to be a no-show at E3 2012? 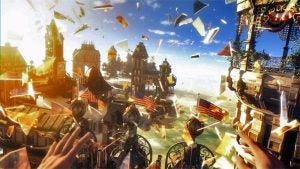 The news of its no-show came alongside the announcement that the game has been delayed until 2013, after Irrational Games decided it needed more time to get the thing right. And, when overexposure is a real thing, we have a feeling Irrational’s Ken Levine wanted to put a lid on the hype jar before the thing empties itself. As Levine said earlier in May, “The next time you see our game, it will be essentially the product we intend to put in the box.”

Bioshock Infinite is regarded by many gamers as the “real” sequel to the original Bioshock. Its actual sequel Bioshock 2 was by developed by 2K Marin rather than Irrational Games, and while technically accomplished, was seen as lacking the impact and importance of the first game.