Everything you need to know about… driverless cars

It’s currently illegal for self-driving vehicles to operate on UK roads, but that’s all set to change as Google’s driverless cars hit UK roads in 2015.

With that in mind, we thought it was high time we took a closer look at this intriguing — and admittedly slightly worrying — area of technology.

Here’s what you need to know about driverless cars.

What do we mean by driverless cars?
Cars that don’t require human input to drive them, of course. Such cars use sophisticated camera, GPS, and computer technology to navigate safely from point to point.

In addition to observing their surroundings, driverless could potentially connect to each other, which means there’ll be far fewer nasty surprises in terms of congestion and collisions on the road.

So humans will be completely powerless?
The big debate right now is over just how much control we’re willing to give over to our cars. Two different classes of driverless car will be under the spotlight here in the UK from January.

One will be those cars that allow a licensed driver to take full control when necessary. The other will be cars that completely remove the potential for human error from the equation, with only an emergency kill switch falling under human control.

Next year seems a little soon
If you’re having nightmares
of a driverless car apocalypse in 2015 as a whole bunch of early
examples go haywire on the M25, don’t worry.

Next
year will only see small-scale tests of driverless cars taking place in
the UK. Also, only three cities will be selected to host these trials.

With
these test periods set to last between 18 and 36 months, we’re unlikely
to see any commercially available models hitting our roads this side of
2018. 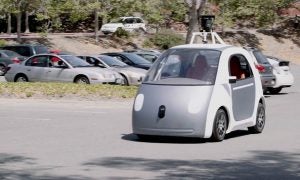 Why are they necessary?
Driverless cars aren’t just some labour-saving device. If properly executed, they will dramatically reduce road accidents and fatalities, as 90 percent of all road accidents are attributed to human error.

They will also dramatically reduce congestion, due to the aforementioned ability to network and reroute.

Also, the adoption of driverless cars could reduce CO2 emissions through car sharing, optimised driving techniques, and the implementation of electric motors.

If that wasn’t all advantageous enough for the UK, it could potentially create a whole new industry of technological specialisation on these shores. So more jobs and a stronger economy, in other words.

The UK will have to get a move on, though – Germany, the Netherlands, Spain, and certain US states have already allowed the testing of automated cars on public roads. 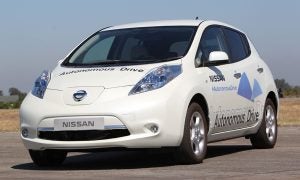 Who is making them?
The most high profile player in the driverless car field is Google. It’s currently building a fleet of 100 electrically powered two-seater driverless cars to test around its California campus and beyond. These friendly-looking things will belong to that slightly scary class of cars that wrestles complete control from its human masters.

That means there’s no steering wheel, pedals, gear stick… nothing. As mentioned above, all there’ll be is a big red kill switch, presumably for when the car falls in love or gets scared. Hey, it happened to Herbie.

The reason for this is that Google – which has been testing driverless car technology among its employees for some time now – doesn’t think giving control back to humans in an emergency situation is such a bright idea. In fact, it reckons this would be downright dangerous due to their likely less-than-alert state.

These Google cars are being limited to a top speed of 25mph, and combined with a range of around 100 miles, are intended for urban and suburban transport rather than the open road.


Google, eh? That means there’ll probably be an app for it
You’re right, actually. Google’s idea is that you’ll summon its driverless cars with your mobile phone. You’ll then use the app to specify a location, and the car will do the rest.

Imagine how the London cabbies will react to that one… 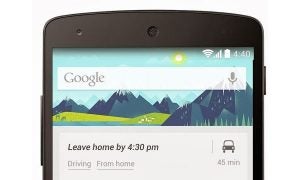 How about traditional car manufacturers?
Pretty much all of the established names are investing in automated cars. This list includes General Motors, BMW, Mercedes, Nissan, Toyota, Audi, Ford, Volkswagen, and Volvo.

It’s worth noting that pretty much all of these efforts have gone along the optional-autonomous route, with full manual control available and indeed preferred much of the time.

The likes of Audi, Volvo, BMW, and Mercedes have already announced regular cars that will be able to drive themselves at low speeds in heavy traffic.

Meanwhile, last year, Nissan announced its intention to launch a number of affordable self-driving cars by the year 2020. General Motors has also come out with that same aim, though its Super Cruise system will only engage in those aforementioned highway conditions.

Overall, it seems as if Google is the only major player aiming to prove truly transformative by taking the human factor out of driving entirely. Whether that’s a viable approach in the short term, hopefully tests such as the one announced in the UK recently will establish.