Between them they had amassed 938 stores, 9,760 employees and 198 years of high street trading, but it took just eight days for it all to come crashing down. On the 9th, 16th and 17th of January Jessops, HMV and Blockbuster respectively entered administration. They had no financial, executive or historic connections other than their co-existence in selling media and technology primarily through retail stores. The Mayans may have been wrong about the world ending on 21 December 2012, but it seems they predicted within near pinpoint accuracy the demise of tech on the high street. 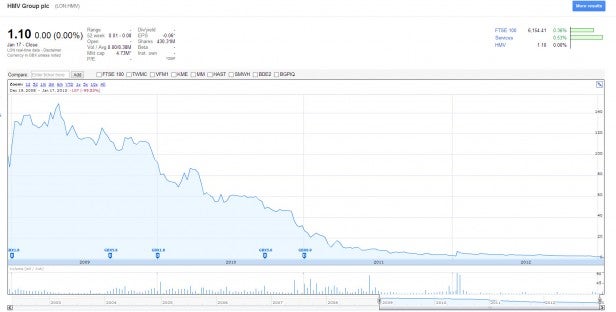 Graceless Falls
The trio’s fall from grace has been spectacular. Just 3 1/2 years ago HMV’s stock price peaked at 149 pence per share, but it had crashed to around 10p a little over 12 months later then flat-lined until the day receivers were called in. Poor Christmas sales were deemed the final straw after record labels admitted to propping it up with stock and loans for months.

Jessops fight for survival has been more drawn out. The widespread adoption of digital cameras hit the company’s core photographic film business hard, but it successfully repositioned as a digital camera retailer for a period before seeking refinancing in 2009. On the back of this its share price collapsed and was deemed “worthless“. Stocks were suspended in 2010 and a painfully slow death has followed. 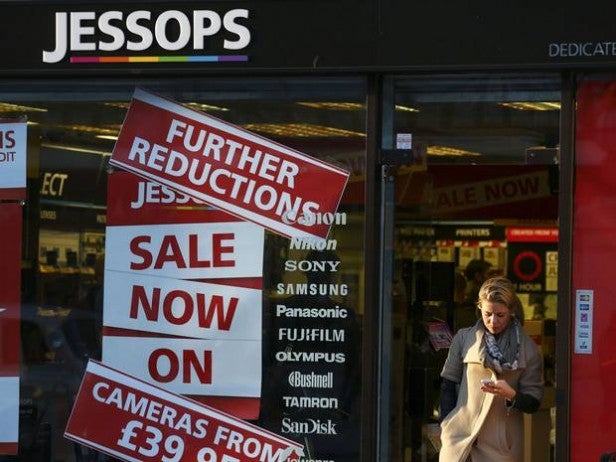 As for Blockbuster, it struggles on for now. Its dive into administration currently affects only UK outlets, but the overall outlook is bleak. Once purchased for $8.4bn in 1994 the company was worth a mere $320m when it was sold again in 2011 – $87m of the asking price came from assumed liabilities. It has had plans to pull out of Europe since 2010 and current owner Dish admitted just days before its UK operations went into administration that significant store closures will soon begin in the US.

More to the point however Jessops, HMV and Blockbuster are just the latest in a long line of tech or tech-impacted stores to have disappeared from the high street in recent years. Other significant casualties include retail exits for Woolworths (January 2009), Zavvi (February 2009), Borders (2009) and Comet (December 2012). 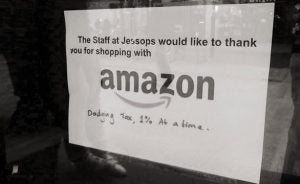 Death by 1,000 Clicks
Needless to say the blame from their demise is being pinned firmly on online retailers. On paper this makes perfect sense. Online stores have far fewer overheads with no retail presence, a fraction of the staff and stock is held in less costly warehouses or ordered on-demand. Their virtual existence makes it easier for them to redesign and evolve their business models too.

As one Jessops store (above) and countless news stories have made abundantly clear the abilities of governments to effectively tax online businesses is far more difficult as well. All these savings result in prices the high street cannot match and a buying experience which can be completed from the sofa. No travel, no parking, no queues.

So who put HMV, Blockbuster and Jessops to the sword? It would be easier to list who didn’t, but iTunes, Spotify, Netflix, Lovefilm and Amazon were the main protagonists while innumerable ‘etailers’ wielded painful blows. 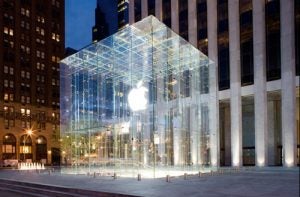 Let’s Meet IRL
The conclusion would therefore seem clear cut – online beats offline – except for one giant anomaly: Apple. Going against perceived wisdom Apple walked into retail in 2001 and has opened over 400 stores worldwide in the subsequent 12 years gathering greatest pace in the last five years. Averaging sales of $4,032 per square foot in its US stores during 2012, Apple stores were not only the most profitable among US retailers but close to doubling the $2,666 per square foot earned by Tiffany & Co. in second place. How has Apple done this? Desirability of its wares cannot be underplayed, but one-to-one tech support, warranty claims and free access to the Internet to attract passers’ by are also crucial. Apple Stores are seen to supplement the Apple experience, not carry it.

Then on a smaller scale there is Game. It seemed a familiar story: the Basingstoke-founded video games retailer went into administration in March 2012 blaming online competition, but this week it admitted interest in purchasing 40-45 of HMV’s closed stores to expand its retail presence. “We will constantly review our property portfolio based on what is available,” said Game CEO Martyn Gibbs speaking about the potential deals while stating sales have improved and the recent Christmas period was strong.

Quite how Game has turned things around – or whether it even fully has given the short timescale – remains a mystery the owners have yet to reveal. 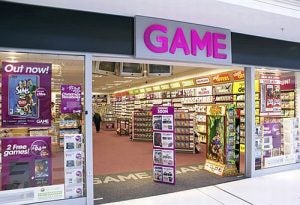 Exercises in Nostalgia
The problem is these exceptions tend to prove the rule and there is a bigger question to be asked in any case: does technology belong on the high street in 2013? In the sense of improving other industries where the Internet remains cack-handed or not directly comparable (restaurants, cinemas, gyms, medical practices…) absolutely. In the future I want to order off a holographic menu floating over my table, take in IMAX films in Ultra High Definition and have gyms automatically scan me and point out the most relevant exercises for each session, but it should give up trying to keep electronics on shop shelves.

Think about it. The benefit high street stores bring to today’s tech purchases is negligible and beyond redemption. What do we gain from trying to judge a TV’s quality when it is set to a display mode and sat under fluorescent lights? What do we learn about the quality of an audio system fighting against the hustle and bustle of a store’s customers and its wide open spaces? What do we discover about a product’s long term durability in the few minutes a shop assistant lets us hold it while they stare at us intensely making sure we don’t run out the door? Even if we did value these aspects it isn’t enough… we thank the assistant, say we’ll think about it, wish them well then go home and put another nail in their coffin by ordering it for less online.

Ultimately, sad as it is to see the brands and shopping experiences of our youth shrivel and die, it is little more than emotion brought on through nostalgia. Mary Schmich famously advised “[nostalgia] is a way of fishing the past from the disposal, wiping it off, painting over the ugly parts and recycling it for more than it’s worth.” The Mayans were wrong, the world is still here and it has moved on. It is time our sentiment did too…