Hearthstone Lead Designer Eric Dodds talks to TrustedReviews about Hearthstone Blackrock Mountain and the potential of having Hearthstone on consoles.

A quick overview of Hearthstone from Dodds himself

“Blackrock Mountain is our second adventure. It is in a lot of ways very structurally similar to Naxxramus – which is our first adventure – which means that it’s going to be released over a series of five weeks. 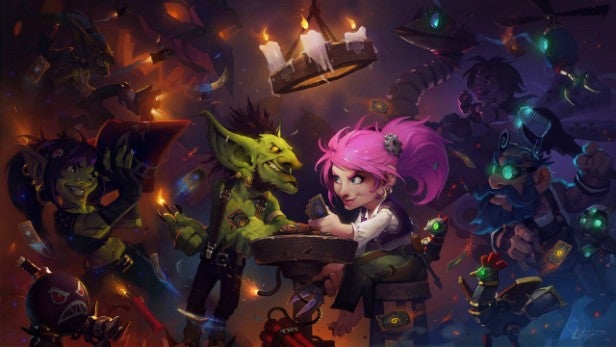 That’s Nefarian. He has a bunch of other draconic friends and a bunch of Blackrock orcs that work for him. These two are always feuding and that’s where you as the player comes in. You’re going to come in and you start out helping Nefarian, the black dragon, to defeat Ragnaros. You’ll be moving through different parts of the dungeon on your way to destroy him.

I think that’s more or less the overview of what Blackrock Mountain is all about. We always have a theme for the cards that are in a set and in this case the theme of the cards is all about dragons. We really like the idea of the dragon in Hearthstone – there’s a lot of very powerful dragon cards but it’s very hard to include them in a deck and make it feel dragon-themed. So we had the idea of a bunch of cards that when you put them into play, they become more powerful if you’re holding a dragon in your hand already.” 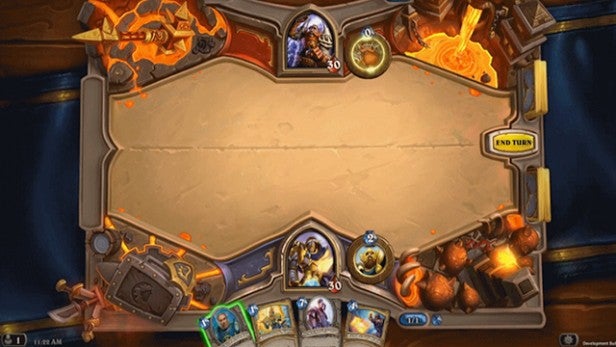 Why did you guys choose to go for the weekly wings release?

The
reason for going with the five wings for Blackrock Mountain is because
it creates new things coming out every week for a while in two different
ways.

One way is that there’s a new challenge for players each
week to go and try this new set of bosses they can defeat. Or if they’re
really good these heroic bosses. But it also means that the metagame
actually stays in flux for a while, and we really like that it means
that the game is very unsettled for that whole period of time.

If
you look at the game now, the metagame is still changing. But it’s not
changing much and for a lot of players, they’ll go online and find a
deck there that some streamer they liked played and play that deck. But
during the time of Blackrock Mountain coming out, during those five
weeks, since the cards are constantly being injected into the
environment, who know what the best deck is. There probably isn’t one
because it’s constantly changing.

Lots of players really get a lot of ownership over what’s the new, exciting deck, which is also very exciting to us.

What’s different about Blackrock Mountain in comparison to the main Hearthstone experience?

It’s about being more single-player orientated and putting a smaller number of cards – we’re only putting 31 – into the environment.

We’re making sure that these cards are relatively easy for a new player to understand, and yet there are still cards that are going to change the metagame. So players that are very interested in the game at a higher level will see different decks and different experiences. 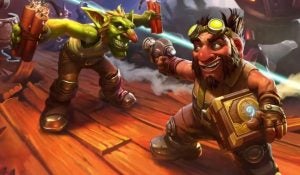 How do you go about selecting a different adventure for Hearthstone? There must be a tonne of different tacks you could take?

There’s been a number of dungeons and raids in that location, and we love the firey volcanic theme to it as it’s very, very different from Naxxramas and Goblins vs Gnomes.

It had a different vibe to it, which we really liked. 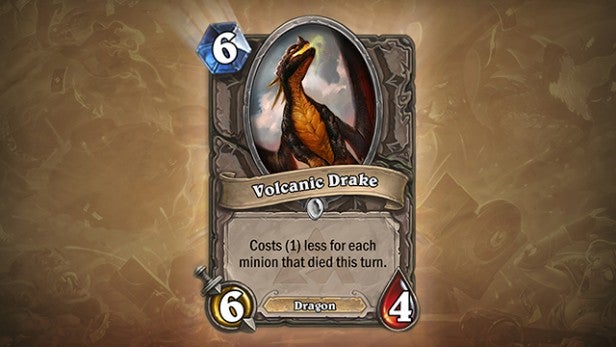 Do you think the Hearthstone iPhone version will draw in more players?

I think the iPhone version is going to be a great way both for existing players to play and new players who want a game that is pretty easy to jump into, but actually has a fair amount of depth on their phone.

I think that there’s going to be more and more mobile players who are excited about that experience that Hearthstone brings.

Are you worried that the experience will be cheapened by a smaller screen?

When we first started working on the phone version of Hearthstone I was a little bit worried that we wouldn’t be able to bring the great experience of Hearthstone down to the smaller screen. But, we’ve actually spent a fair amount of time working on those screens specifically and we’re currently in internal alpha but everybody has been very happy with how the screens have worked out. 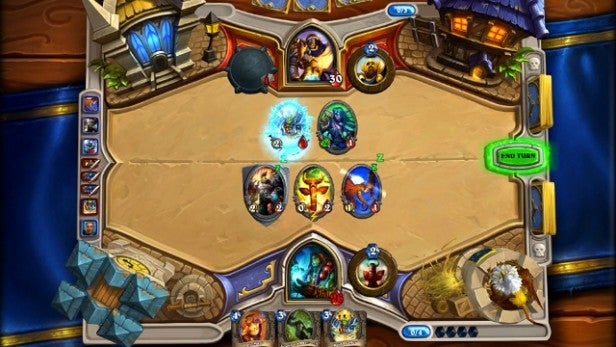 Would you ever consider making a console version?

It’s certainly something that has been talked about a fair amount, but really our focus is on making an awesome phone version right now. Once we get that out we’ll of course talk more about other possible platforms it could be out on. Certainly if there are a tonne of gamers excited about seeing a console version and if we look at the console version and feel like we could make an awesome version then it might be something we do. But, for right now really our focus is on continuing to support our existing players and getting it out on mobile.

It would be interesting to see how the touchscreen/mouse control system would translate to a console controller.
There certainly would be many challenges, but fortunately weren’t not focusing really on that right now because that’s definitely a barrel of worms. 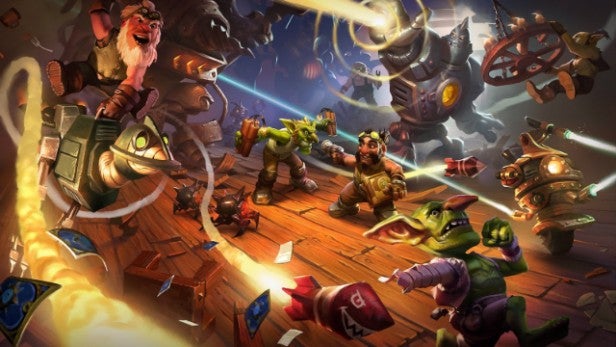 Congratulations on the BAFTA Best Multiplayer game award. Is it a category you thought Hearthstone could win, especially as you were up against games like Call of Duty and Destiny?

We absolutely had no idea. It’s kind of an amazing thing in that all of the multiplayer game nominees are great games, and they’re great in very different ways. It must have been a strange thing to evaluate, as those games are all so different.

My guess would be that one of the things that contributed [to Hearthstone winning the award] is an idea that we’ve had since the very beginning, which is that Hearthstone is a game for everybody. What we think by that is for a lot of people playing multiplayer games can be very intimidating, it’s kind of a scary place to go – whether you’re going to feel bad about yourself after not winning, or there’s going to be hostile environments or any of these other options. For us, we’ve really focused on making sure that, even when you start out you thought “I don’t know whether a PvP card game is really my thing”, once you’ve played Hearthstone for a while you think “Oh wait, it’s great”.

So welcoming everybody in, that might have contributed to [our win].