Some of our favourite Samsung Galaxy S9 cases

Samsung’s new Galaxy S9 and Galaxy S9 Plus flagships officially launched at MWC 2018 and now they’re out for you to buy. Yet even before they’d been announced, there were already a ton of S9 cases released into the wild. Whatever style you’re after, you can almost certainly already get it.

To help you find the right protective covering for your incoming new Samsung smartphone, we’ve put together our choice of the best Galaxy S9 cases so far. 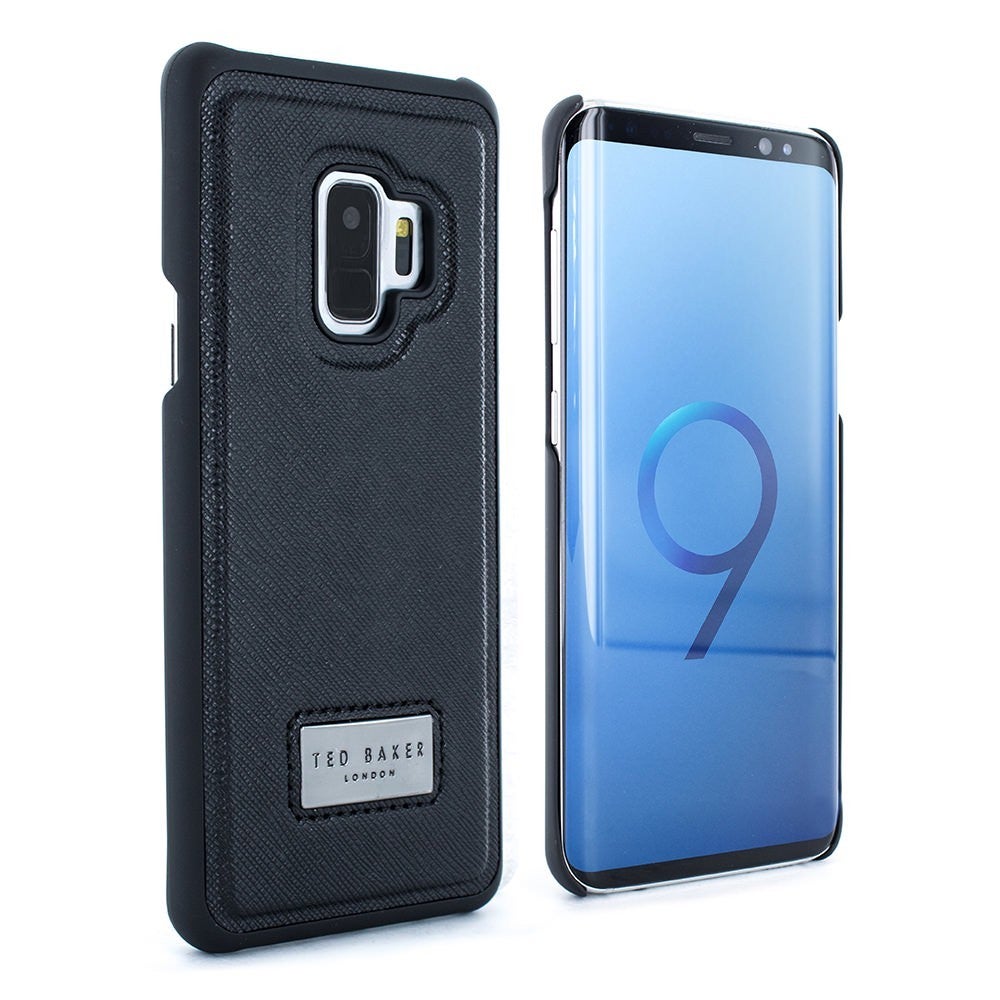 Simple yet classy, the Carrow is a hard-shell case with a grippy cross-hatched backside and a relatively understated Ted Baker plaque. We’d go so far as to say it positively oozes class, if class could be oozed in a way that didn’t overly draw attention to itself. 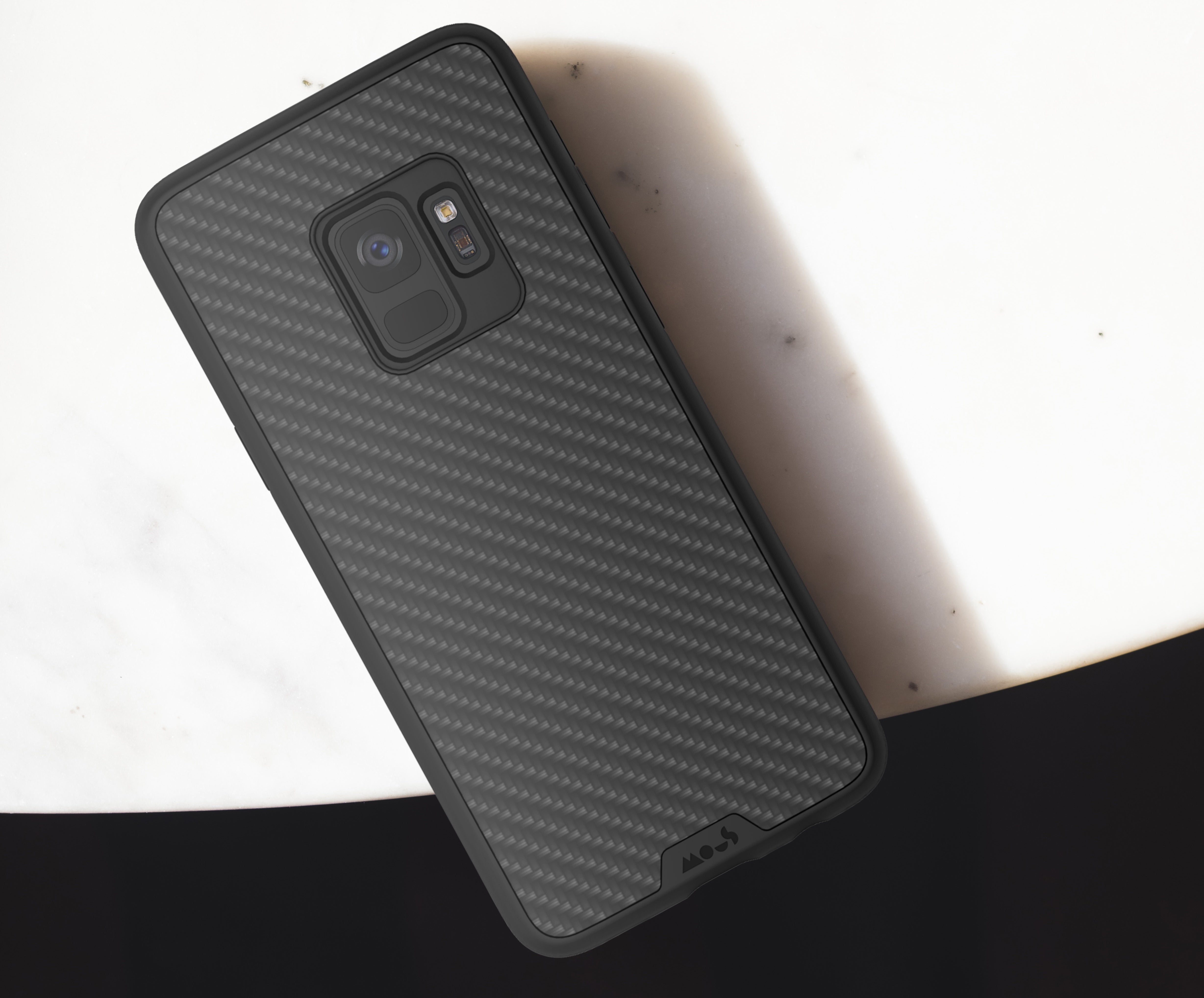 Need military-grade protection? No, neither do we, but it’s nice to know you’re covered. The Mous Limitless cases contain AiroShock, a material capable of absorbing tremendous impact even though it’s really thin. It’s something about micro crystals turning into tiny air pockets at high temperature during the construction process, and the air pockets acting as mini shock-absorbing springs. We’ll take their word for it (until we can whip our microscope out and check for ourselves). Despite the high level of protection, the Limitless cases look pretty classy in a choice of real walnut or carbon-fibre finishes, and are available for the S9 and S9+. 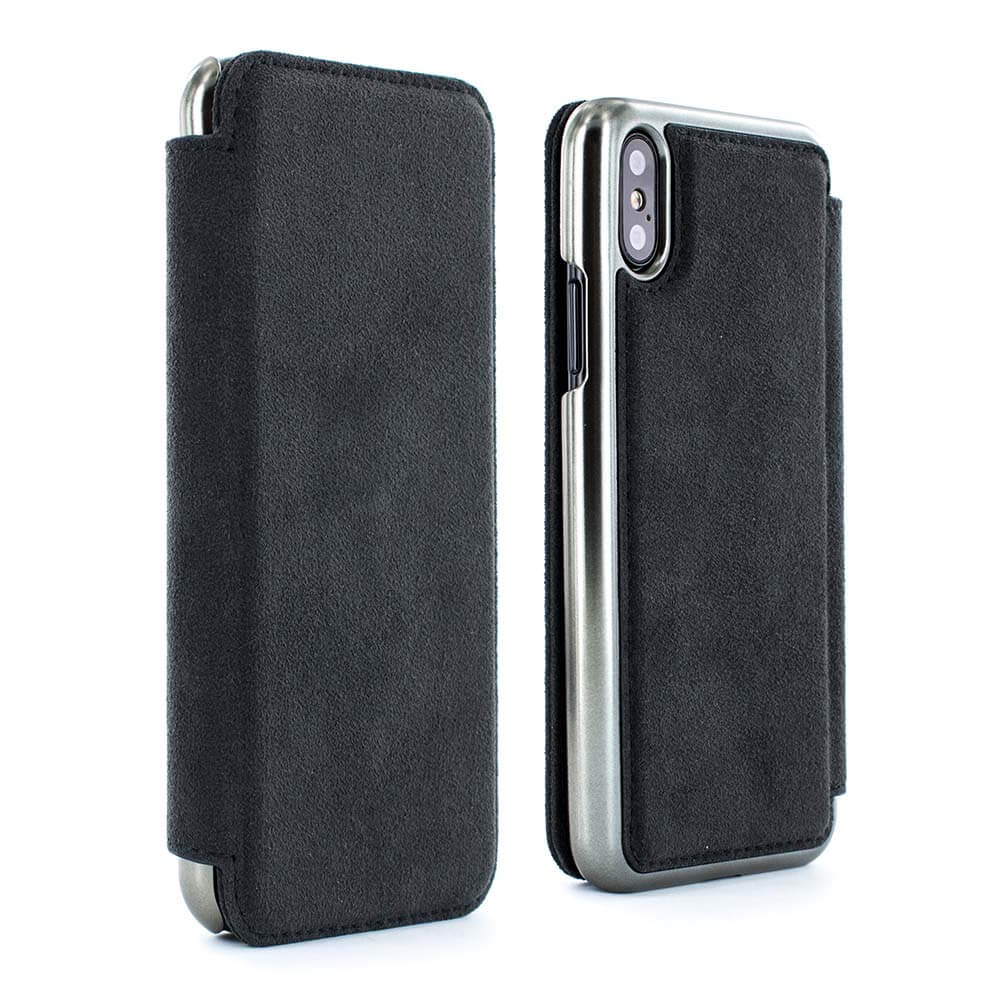 Proporta may have steamed in a little later than others with its Galaxy S9 cases, but the range now covers all the bases. We were drawn to the top-of-the-line Walker case (above) from Proporta’s premium Greenwich brand, because of its claims of being hand-crafted from Alcantara with carbon-fibre reinforcement, having an electroplated shell and its magnetically attaching folio cover. But mostly because of its eye-watering £159 price. Guaranteed for life, though. 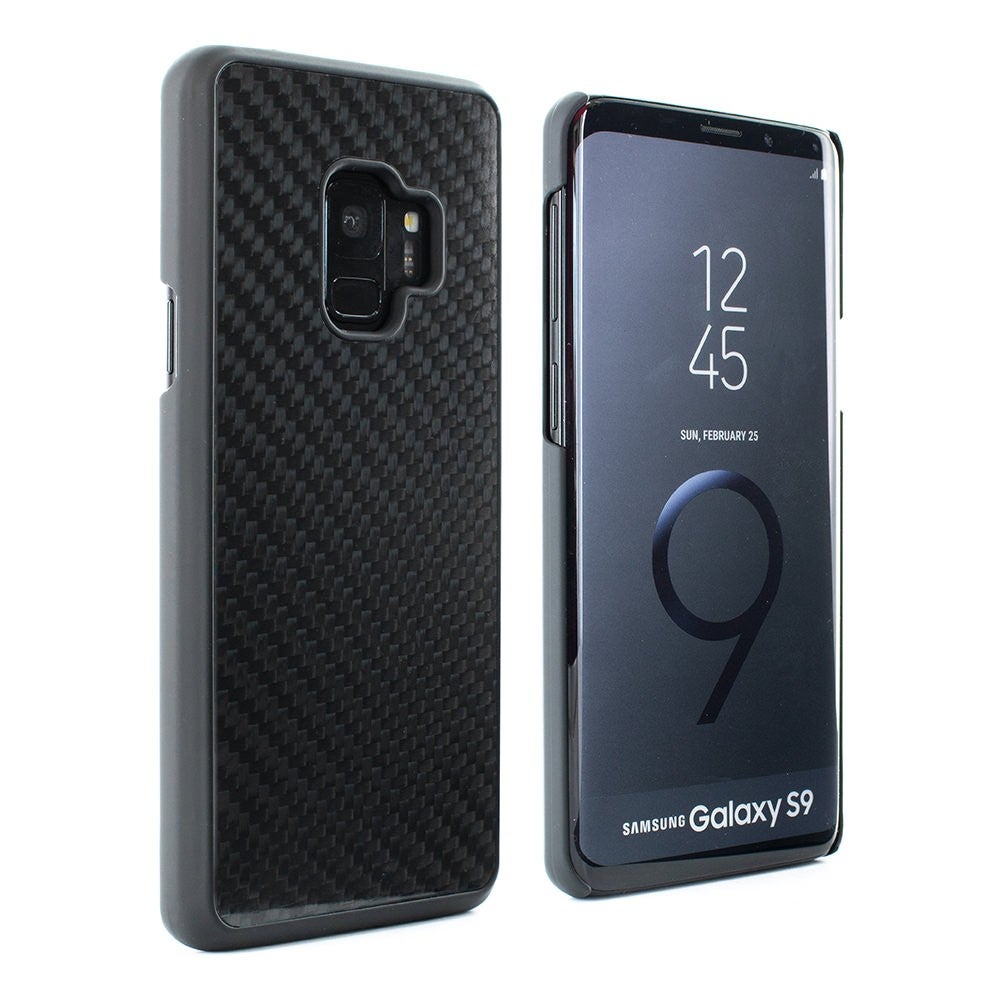 At the more affordable end of the Proporta range is the £24.95 Carbon Ultra. But don’t let the price fool you; this isn’t just some no-frills silicone case. Despite only adding 2mm of thickness to your beloved S9, it has an ultra-hard carbon-fibre shell for keeping your phone’s back in pristine condition, and it won’t mess with your wireless charging. 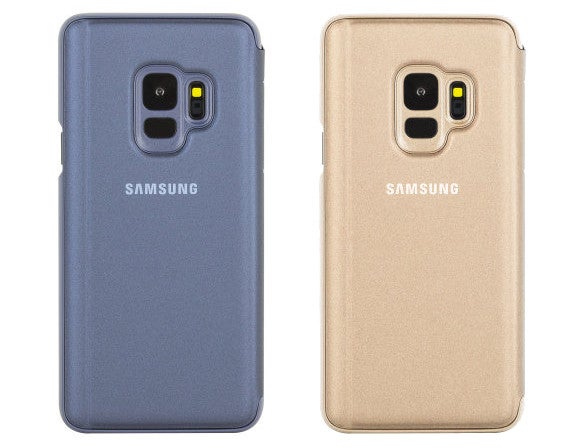 Of Samsung’s own S9 cases, this stands out for one reason. No, it’s not pretty. It’s not going to survive being blasted by a shotgun. It isn’t made from materials developed especially for reaching the moon. But it does have a built-in stand.

Let’s not dismiss the importance of this. Phone screens are getting bigger and better, so we’re increasingly watching video on mobiles instead of laptops and tablets. But holding a phone while you’re catching up on Stranger Things isn’t always ideal – especially on a train on a Monday morning while you’re clutching a latte and a cinnamon Danish in the other hand.

No such problem with the Clear View Stand Cover, which is available in black, blue, gold or purple. It also doubles as a mirror when not in use. Because, well, that’s something some people need. 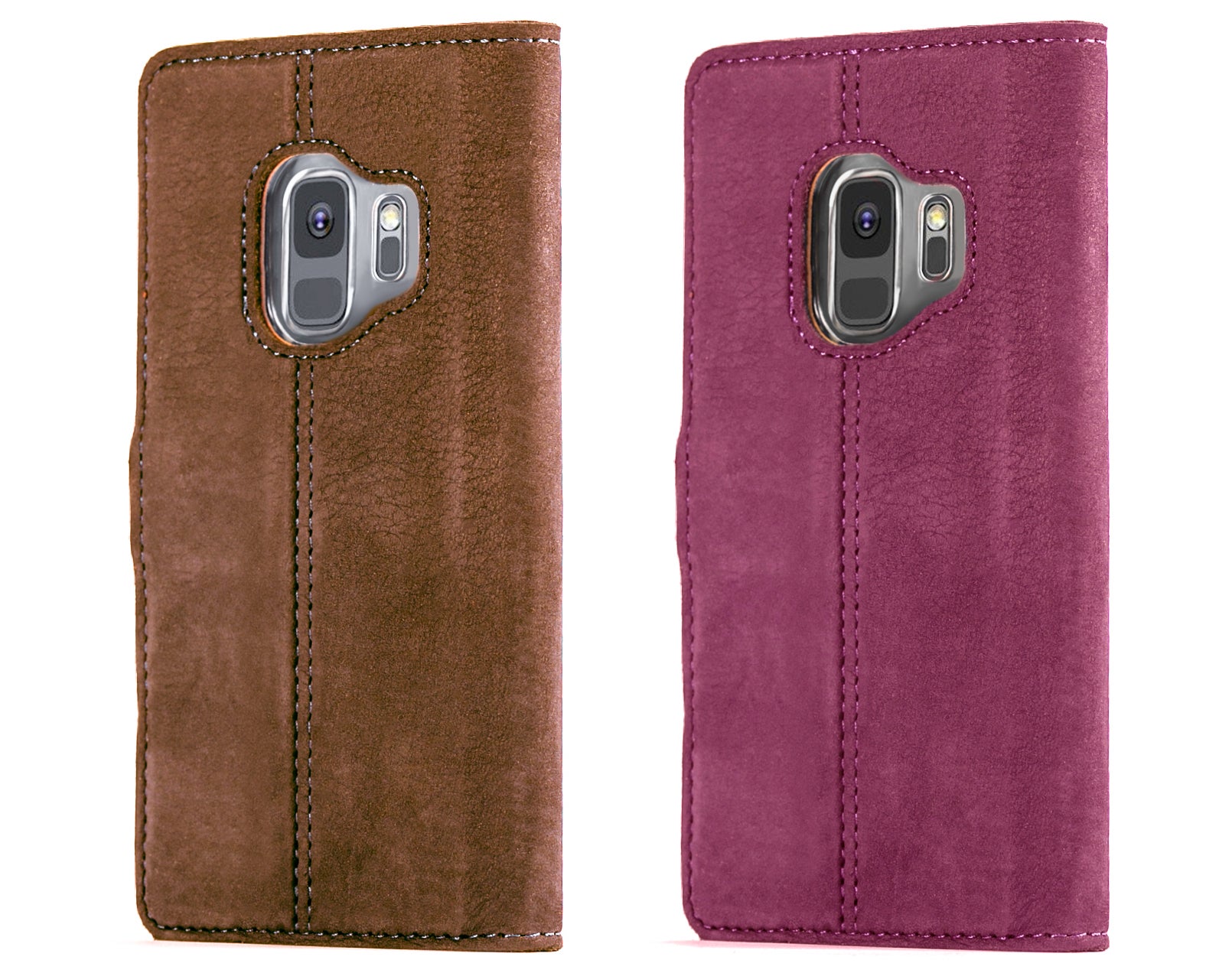 For premium quality, these Snakehive folio cases top the bill. Designed in the UK and then crafted in mainland Europe from nubuck leather, their surface is then gently sanded to a soft suede finish. In other words, they’ll impress and protect in equal measure. 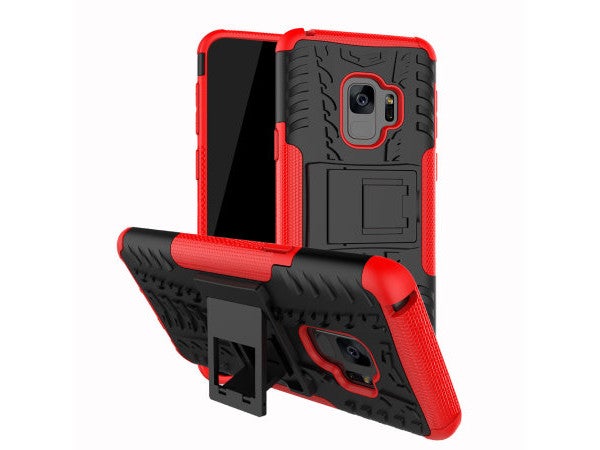 If you’re not sold on the puntastic name alone, perhaps the design that screams ‘I’M RUGGED DON’TCHA KNOW?’ will appeal to your rugged self. Or maybe the built-in stand is just the thing you need to get your Netflix fix without the hand cramp.

If nothing else, you’ll like the price – although basic clear (boring) Olixar covers start from just £7.99. Gear4 has charged in with four ranges of S9 cases, with a load of different variants. Want arty patterns? Try the Victoria series at £29.99 each. Rather have just a clear skin with a smattering of colour around the edge? The Piccadilly fits the bill at £29.99 again. More serious is the Battersea, which features D3O smart technology to help it survice a drop from 13ft. That’s £34.99.

But we rather like the Oxford, which is a neat folio case with understated style and some credit card storage, as well as 10ft drop-resistance and a viewing stand. Nice. 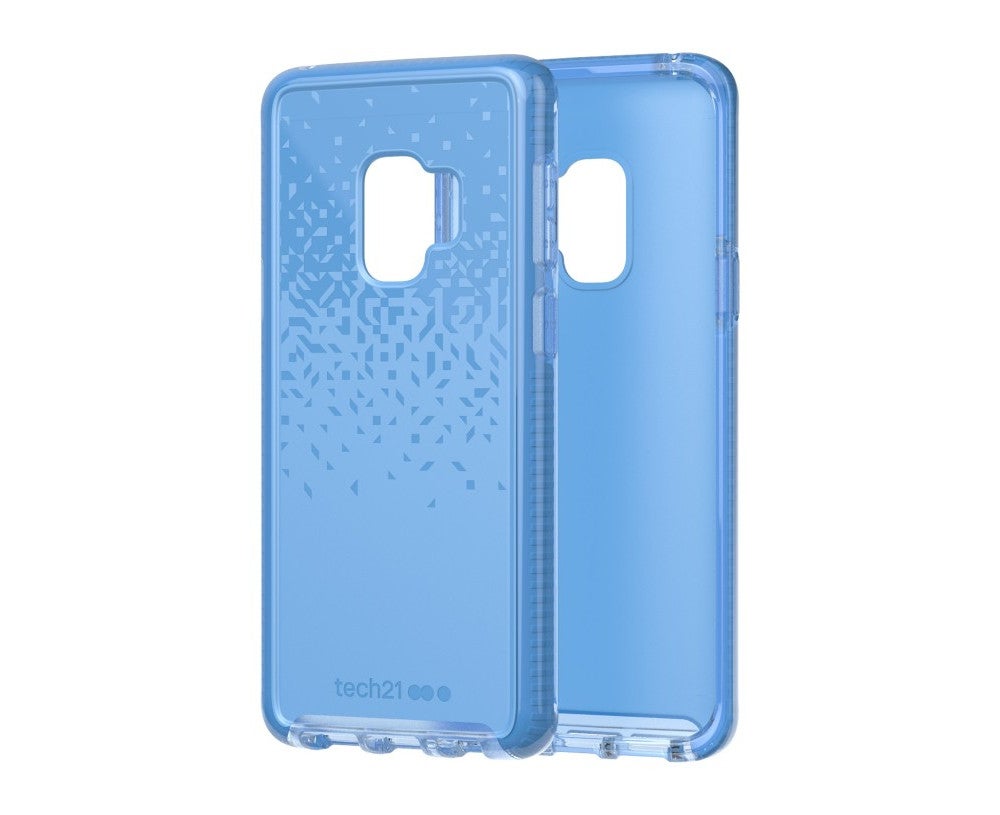 Tech21 claims that this is its most protective case ever, with 14ft drop protection. And that’s even though it’s only 1.4mm thick. Crazy.

The Tech21 Evo Max is available in a choice of ickily named colours: Orchid, Charcoal, Smokey Dahlia, Devine Blue (above, and yes, it’s ‘Devine’ not ‘Divine’), and Crushed Turquoise. Don’t let that put you off, though. 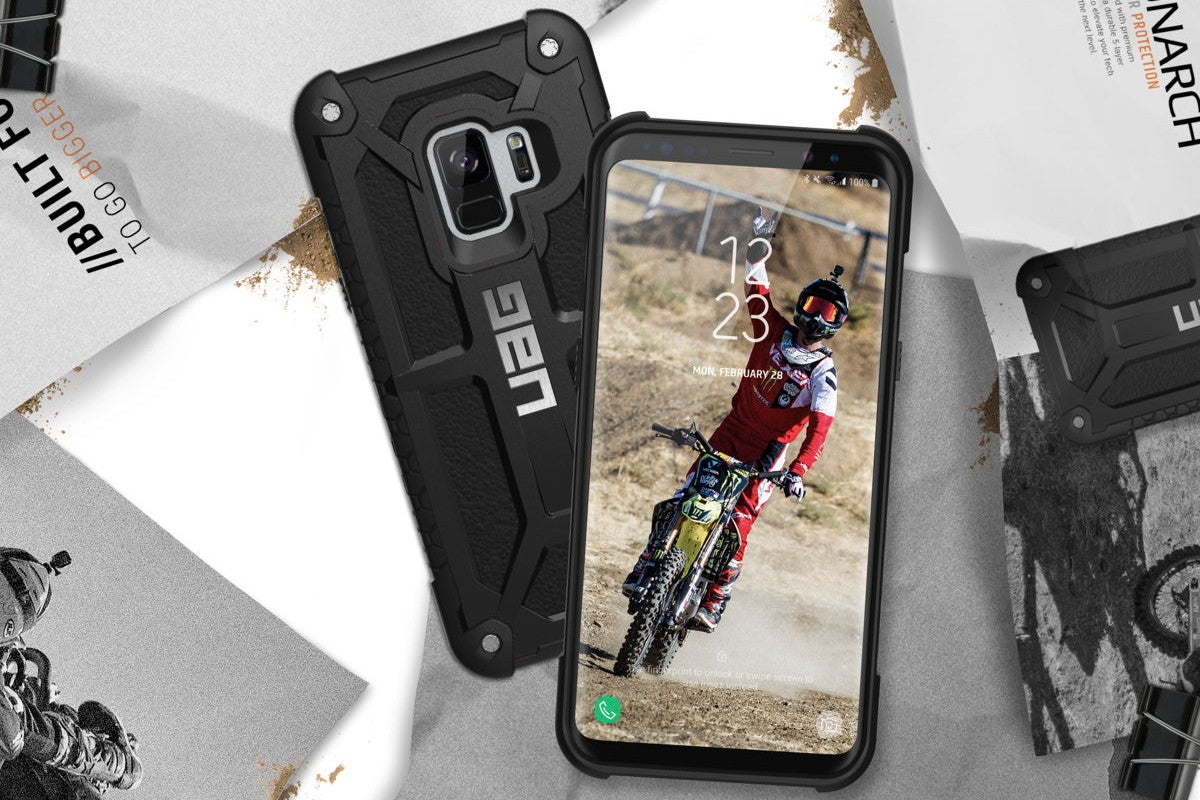 Another properly tough nut, this one. Urban Armor Gear offers a 10-year warranty, which is probably about five times longer than you’ll own your S9.

Five is also the magic number when it comes to construction, with the Monarch being made up of five layers of protection, including a soft core for impact-absorption. There’s also a honeycomb grip along the sides to stop it slipping from your hands, and some fancy leather and alloy bits to reassure you that it was all money well spent.

Seen any other tasty Galaxy S9 cases? Let us know on Twitter @TrustedReviews