Much like Olympus, Panasonic has a long tradition in the CSC market and is well established with a wide range of models in its heritage. The GF6 is one of the latest in this range and has several eye-catching features.

The model features a 16MP Live MOS Micro Four Thirds sensor which is larger than that found in most compact cameras, although not quite as large as its APS-C counterpart found in some of the other models in this group.

The GF6 features an all-new Venus Engine processor in comparison with its GF5 predecessor, and that processor allows Raw capture at up to 4.2fps, as well as prompt operations speed and an ISO range of 100-25,600. 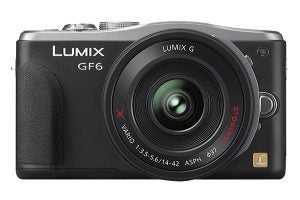 One of the real highlights of the GF6’s specification is the 3-inch, 1,040k-dot LCD screen. The screen is not only of the vari-angle variety, but it also features touch screen functionality that incorporates both touch-focus and touch-shutter release.

The camera isn’t operated exclusively through the touch screen, however, and if you prefer a more manual feel then the extensive collection of physical buttons will no doubt be welcome.

The GF6 also features full Wi-Fi connectivity that allows both the wireless transfer of images and remote control of the camera through either a smartphone or tablet. Also on offer is NFC technology, which allows for the connection of the camera to similarly enabled devices by simply touching the two together.

Finally, the GF6 benefits from Panasonic’s video heritage with Full HD video capture at 30fps and in both MP4 and AVCHD formats.

The Samsung NX2000 has the joint-largest sensor out of this collection of CSCs. The unit in question is a 20.3MP APS-C sensor – a resolution which is higher than the other two APS-C sensors in the group.

The sensor is paired with the same DRIMe IV processor that’s employed to great success on the Samsung NX300, and in this instance it delivers a maximum ISO of 25,600, along with a headline continuous shooting rate of 8fps. 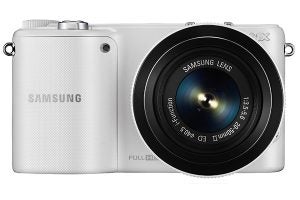 Much like the GF6, the Samsung NX2000 is very much a connected camera. It too features NFC connectivity alongside Wi-fi technology, with the two offering simple pairing with networked devices including smartphones and tablets.

Once paired users can wirelessly transfer images and remotely control the camera, while it’s also possible to store images to the cloud and upload to social networks through a Wi-fi connection.

The rear of the camera boasts one of the real highlights of the camera’s specification. The model sports a 3.7-inch touchscreen complete with a 1152k-dot resolution which translates to an 800 x 480 pixel view.

The screen takes up most of the rear of the camera, and as such the NX2000 only sports a few other physical buttons. The screen does offer access to the majority of the camera’s functionality, however, including gesture recognition and the like.

The NX2000 utilises Samsung’s NX mount, and thanks to the growing number of CSCs released by Samsung the mount now incorporates some 12 compatible optics.

The Sony NEX-5R is the final CSC in our collection, and it also completes the line-up of models equipped with an APS-C sized sensor.

Much like the Canon EOS M and the Samsung NX2000, the NEX-5R features a 16.1MP APS-C CMOS sensor, which is larger than the rest of the group and as such should produce better images. 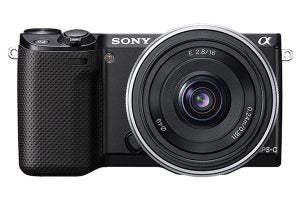 The NEX-5R also features the Sony BIONZ processor as seen in a range of other Sony CSCs, and in this instance it facilitates an impressive continuous shooting rate of up to 10fps in its ‘Speed Priority mode’.

The LCD screen found on the rear of the Sony NEX-5R is, like many others in the group, a 3-inch, 921k-dot touch screen unit. The screen also benefits from vari-angle design, and as such can be pulled away from the body and tilted to be viewed at a variety of angles.

Although the camera is lacking in a mode dial per se, it does feature a pair of control dials that allow you to scroll through various assigned shooting settings such as aperture and shutter speed, for example.

The NEX-5R may not feature NFC technology, but it does benefit from Wi-Fi functionality which, like others in the group, allows for the wireless transfer of images and for the camera to be controlled remotely should you require it. Sony has a newer camera in this range, the NEX-5T, but it’s yet to fall below the £500 price point of this test.