April Fools’ Day is the day for technology firms to cause a bit of mischief and get their own back on journalists.

Every year, without fail, we forget the date and stumble across an extraordinary news story. Samsung’s use of pigeons to improve Wi-Fi in public places, invisibility Morphsuits, and Sphero’s flying robots that take your selfies were some of last year’s best efforts. Believe it or not, that last one’s now a real thing (look up Nixie).

Here’s our pick of the best technology-related gags, pranks and, if you will, ‘bants’ we’ve seen this year.

Possibly the most ridiculous of this year’s efforts, Sony has introduced PlayStation Flow as the latest “latest breakthrough in wearable technology”.

With gamers demanding higher and higher levels of realism, the PlayStation Wearable Entertainment Technology (PWET) division – get it? – has come up with Flow, which combines PS4 gaming with real life swimming. It consists of a pair of LCD display goggles and waterproof earphones that work alongside sensors built into straps worn around your thighs and upper arms. In short, your real-world strokes will be replicated in underwater game scenes.

Not content with this, Flow comes alongside the PlayStation Flow Body Dryer, which uses “ionizing technology” to evaporate water ludicrously quickly. Towels are a thing of the past. 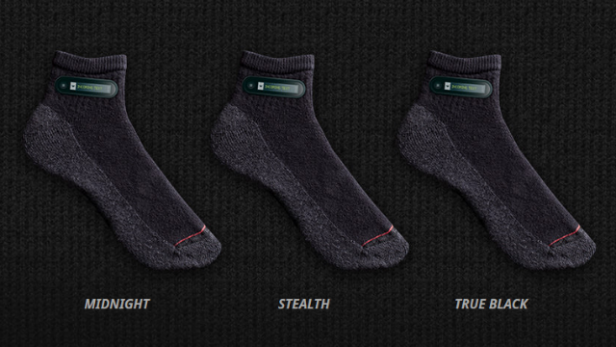 HTC’s re-sok prank is a blinder. It’s a hi-tech pair of socks that display text messages, warn you when they’re about to tear and use GPS technology to ensure you don’t accidentally lose one. We’re not sure what we like most, the fact that you can’t wash them, that they’re compatible with most shoe formats, or the variety of colours they come in (midnight, stealth, and true black).

Rovio, the folks behind Angry Birds, have created a bizarre farming-sim-meets-visual-novel-meets-point-and-click-survival-horror game, called Agri Birds. It’s quite difficult to explain, but involves love, violence and sexy poultry. We’d recommend watching the rather strange trailer above. 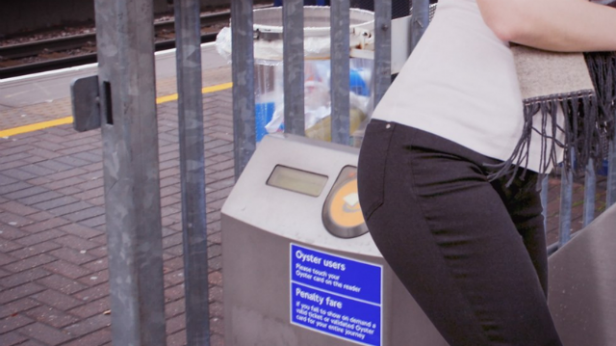 The gadget we secretly wish we all owned. Firebox’s £50 Smart ePants,
complete with waterproof microchips, will let you make quick payments
with a powerful thrust or a cheeky wiggle of your rear. Touching in and
out of the tube will never be the same again (we wish).

Microsoft has shown it has a sense of humour by releasing an ad saying it’s launched a new (kind of) operating system. MS-DOS making a comeback as mobile platform is the subject of its April Fools’ entry.

“People said it couldn’t be done and questioned why it should be done,” says the presenter. “And they told us we shouldn’t do it. But you know what? We’ve done it anyway.” Bravo, Microsoft. Jokes aside, the company has actually launched an MS-DOS app for Windows Phone that you can download and explore.

Barclays has unveiled Barclaycard Anything, a service that apparently allows customers to transform any of their personal belongings into contactless-enabled ways to pay. Barclays says that self-service kiosks will roll out around the country, where you can embed chips into anything from teddy bears and guitars to rings and sandals. In all seriousness, Barclays claims British shoppers want to see the creation of a range of contactless-enabled wearables, including gloves, bracelets, handbags and hats.

Taxi firms haven’t had a lot to laugh about of late, with controversy and uproar constantly lurking around the corner. Hailo’s 2015 April Fools’ effort comes in the form of Piggyback. It’s a new taxi service that uses mounts (people) as cabs, and it’s targeted at lightweight, wealthy customers. With Piggyback, you can tap and hail in a matter of hours. Full marks to Hailo for describing it as “transformative”, too.

Ignore the wind. Summer’s definitely just around the corner, but if you can’t wait to top up your tan, Crosswater’s got just the thing for you: Digi-Tan. It’s a new self-tanning shower valve, which lets you slap a wide range of non-streak shades onto your skin, from light to medium to a “beautiful” dark bronze.

UKFast has developed arguably the most impressive April Fools’ service. Its U Klone Fast technology is designed to diminish downtime and provide the most effective backup the world has ever known. How does it do that? Through cloning, obviously.

“We’re incredibly proud to say that with our U Klone Fast technology, we have managed to made over two hundred employees redundant,” said UKFast CEO Lawrence Jones. “Much like our twinned servers, there is now always one employee on standby. If one slows down or stops working, a seamless failover to the backup employee will occur instantaneously.” It’s really a no-brainer. 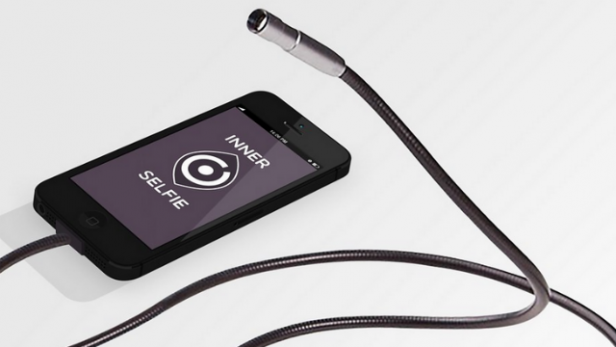 Selfies are so last year. Not really, but Firebox wants to take them to the next level. Do-gooders say it’s what’s inside that counts, and the Inner Selfie Stick (extendable to 110cm) will allow you to effortlessly snap your body’s innards for the ultimate vanity shots. Phwoar. We’re disappointed that the camera doesn’t come with an LED flash though. 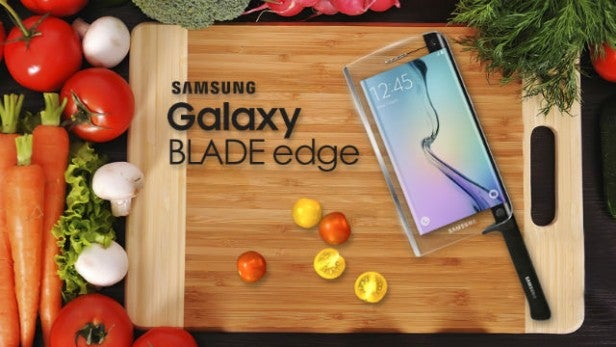 It’s nice to see another of the world’s largest tech firms getting in on the April Fools’ action, but the thing about Samsung’s incredibly-detailed gag is that the product might have actually been cooked up in a real strategy meeting. The Galaxy Blade Edge is touted as the world’s first smart knife, which doubles up as a smartphone.

The headline feature is of course the razor-sharp diamond edge, which the South Korean firm claims is hardy enough to chop through a lobster tail and sharp enough to slice tomatoes. The main body is made of tough ceramic, while the handle comes either in olivewood or (responsibly sourced) mammoth tusk ivory.

A stylus also works as a meat thermometer and baking tool, but Knox Security and the fingerprint scanner are the cherry and sprinkles on top, combining to ensure users won’t ever cut themselves on the blade. What a gadget. 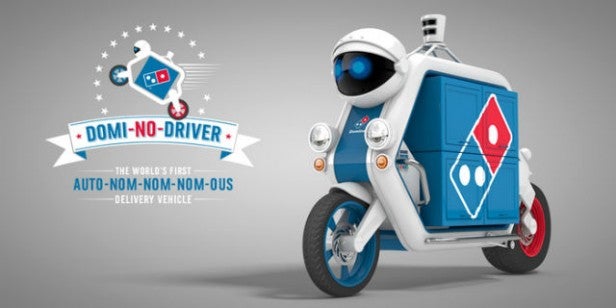 Google, eat your heart out. Domino’s has invented Domi-No-Driver, a self-driving bike that deliver pizzas. The company assures us that the new vehicles are perfectly safe, and can deliver up to four times as many pizzas at a time as PDVs (people-driven-vehicles).